Third Time's the Charm for Cerrone against Henderson 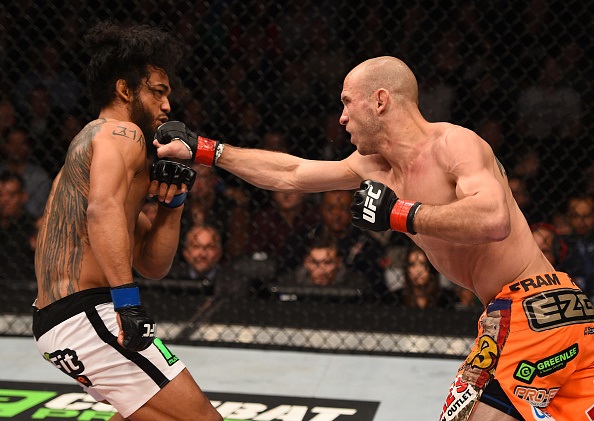 Henderson scored two WEC victories over Cerrone in 2009 and 2010, but the Colorado native, who defeated Myles Jury at UFC 182 on January 3, got one back on Sunday as he replaced Eddie Alvarez against the Arizonan.

The first round was an interesting one, not in a conventional sense, but more in terms of watching the two old foes trying to figure each other out nearly five years after their last encounter. Henderson was the busier of the two, but Cerrone got in his share of shots, reminding the former champion that it was likely going to be a long night.

Henderson continued to show off a varied striking game in round two, being particularly effective with his kicks to the body and legs. With 90 seconds left, Cerrone switched things up with a takedown, but he wasn’t able to hold it for long, and he was letting the rounds slip by with his lack of sustained offensive activity.

With the crowd chanting for him, Cerrone began to pick up the pace in the final round, but he wasn’t able to hurt Henderson or get him to stop sending his own shots back down the middle. With two minutes left, Cerrone dragged Henderson to the mat, but “Smooth” jumped back up immediately and got right back to work. That work wasn’t good enough for the judges though, as Cerrone was awarded the decision, to pick up his seventh consecutive victory.
> Watch: Donald Cerrone Octagon Interview | Donald Cerrone Backstage Interview 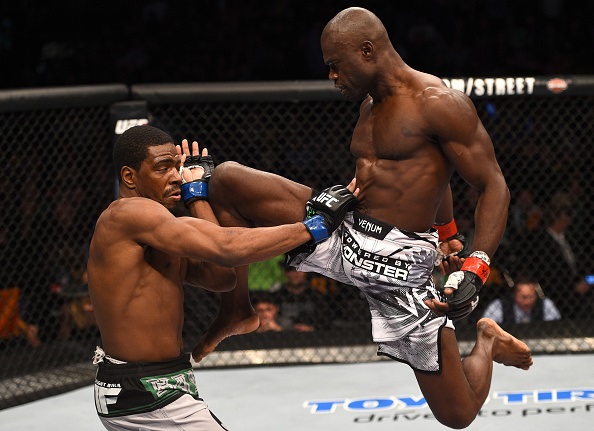 Stallings (12-7, 1 NC) was comfortable in the UFC spotlight, scoring well with leg kicks and some close-range punches. With a little over two minutes left, Hall (11-4) scored a knockdown with a crisp right hand though, and after a series of ground strikes, Stalling’s emerged with a nasty cut over his left eye. Referee Herb Dean halted the action to have the Octagonside physician check out the cut, and the bout was called at 3:37 of the first frame.
> Watch: Uriah Hall Backstage Interview 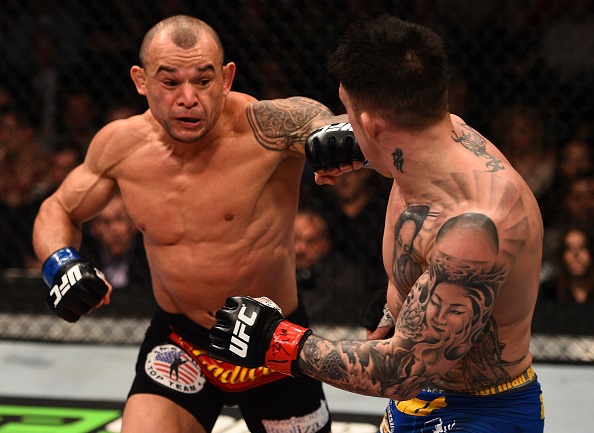 TIBAU vs. PARKE
Lightweight veteran Gleison Tibau moved into a tie for third-place on the all-time UFC wins list in the main card opener, taking a three-round split decision victory over Norman Parke for his 16th Octagon win.

The first-round action didn’t particularly ignite the Boston crowd, with both fighters pecking and poking at each other in an effort to find their range.

Tibau put the heat on to start the second, continuing to strike well before scoring his first takedown midway through the round and then adding another a minute later. Parke got up quickly both times, but he needed to get his offense in gear if he wanted to take the fight. And while the third round action was the best of the fight from Parke, it wasn’t enough to put him over the top on the scorecards.
> Watch: Gleison Tibau Backstage Interview