Third time a charm for Camozzi 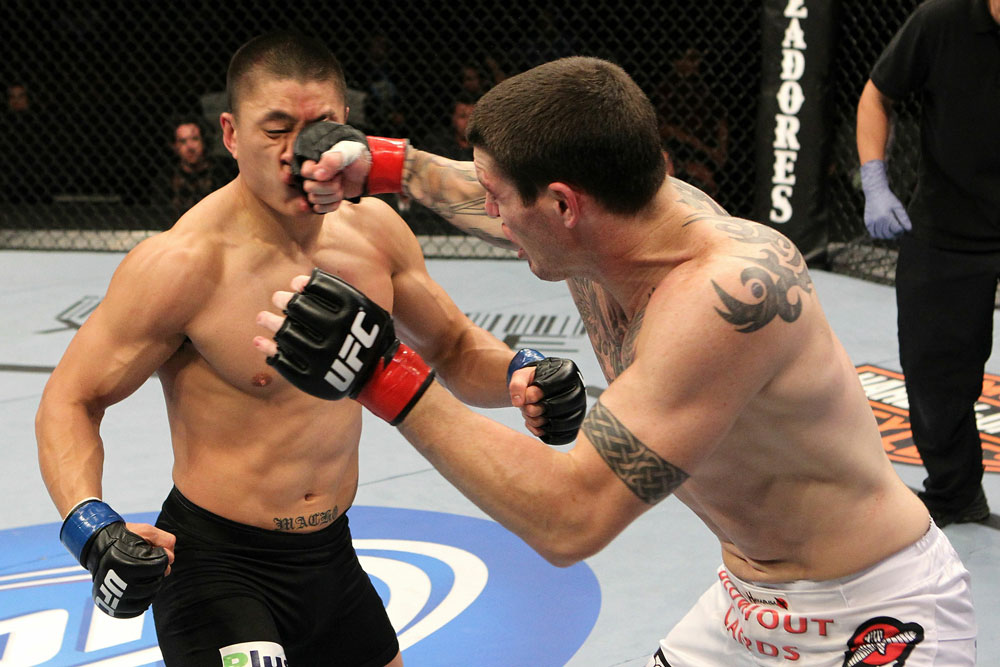 The old saying is that the third time can be the charm. Chris Camozzi didn’t have much choice in the matter. He had to make this one work.

The Coloradan’s third run in the UFC didn’t start off well, as he was submitted in less than three minutes by Ronaldo “Jacare” Souza in their April 2015 rematch. But Camozzi did take the fight on a week’s notice, so he had to assume he was going to get another shot.

That shot came against British veteran Tom Watson last August, and though no one wanted to mention it, most assumed that a loss would mark a trip back to the regional circuit for Camozzi. Losing wasn’t something that entered his mind, even if there was the shadow of a cut looming.

He laughs, and he can afford to, as he won a hard-fought decision over Watson that kept his job safe and put him into an intriguing matchup against Joe Riggs this Sunday in Pittsburgh. But looking back, he will say without hesitation that “I needed it (the win) bad. It was starting to really piss me off. I had a bad streak in the UFC. I had a few rough calls in short notice fights, so getting back in there and beating Tom Watson was awesome. It really sparked my motivation even more. Losing sparks my motivation too, but you gotta have those wins. They pump you up and push you forward.”

Camozzi’s career in the UFC has been one of the more interesting ones in recent years. The Octagon record may read 7-7, but he’s clearly better than a .500 fighter. Only three of those losses came before the final horn (all by submission), with two of them coming against one of the best 185-pounders in the world. As for the rest of the fights, there have been a pair of split decision losses (and a pair of split decision wins) and the idea that win or lose, there wasn’t a moment – save the Jacare fights – where he looked like he was in over his head. 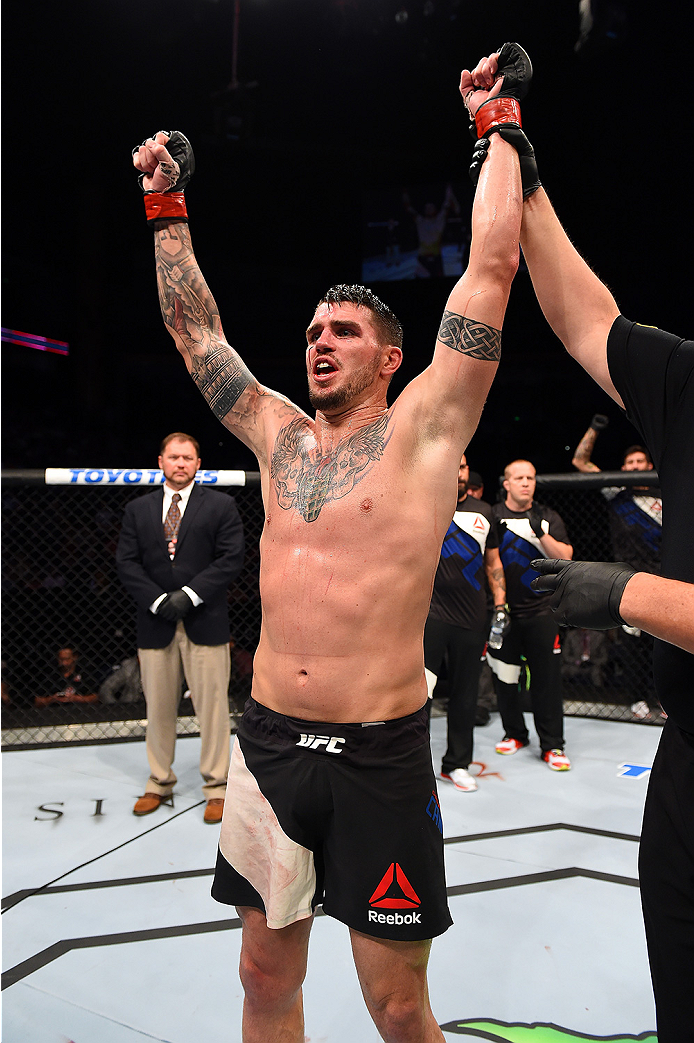 So as he gets ready for his chance to move past the break even mark in the Octagon, the 29-year-old Camozzi is looking at 2016 as a new beginning in a lot of ways.

“I told myself that it’s the UFC from here on out and I gave myself that push,” he said. “I feel like I’m a person who thrives on pressure like that, so I need to pressure myself even more. I’m not going in there to just win fights; I’m going in there to finish fights now. I always said I’ll do whatever it takes to win, but I want to do more than win. I’m tired of having these three-round fights. And even against Watson, I thought I had him caught in the first round by going for that guillotine submission. That was probably tighter than I’ve ever cranked it on anybody, and somehow he survived. Unfortunately it didn’t work out in that one, but it’s the same with this fight – I’m going in there to finish it early.”

Yet even more important than mindset is the reality that Camozzi now has the experience to win consistently on the sport’s biggest stage. It’s an underrated aspect of MMA at the elite level, where everyone can fight. When that’s the case, being able to handle everything else could be the difference between winning and losing.

“It’s a huge part of it,” he said. “Everybody in the UFC is there for a reason, so it’s the people that are able to adjust to your obligations or what life throws at you that really succeed. Guys that survive in the UFC have a different mentality and they can handle the pressure.”

And the way Camozzi sees it, there’s nothing like fighting in the UFC. He’s been back and forth ever since coming off season 11 of The Ultimate Fighter in 2010, but nearly six years later, he is determined that this third time around will be the one that carries him through to the end of his career.

“Fighting for the UFC is just so different from anywhere else,” he said. “If I’m going to do something, I want to be one of the best at it. My goal wasn’t just to make it to the UFC. If I do something, I’m going to go all out in it, whether it’s fighting or business or school. I’m going for it. So just fighting on the local circuit doesn’t do it for me. It’s not enough.”