Thiago Silva - The Road Back 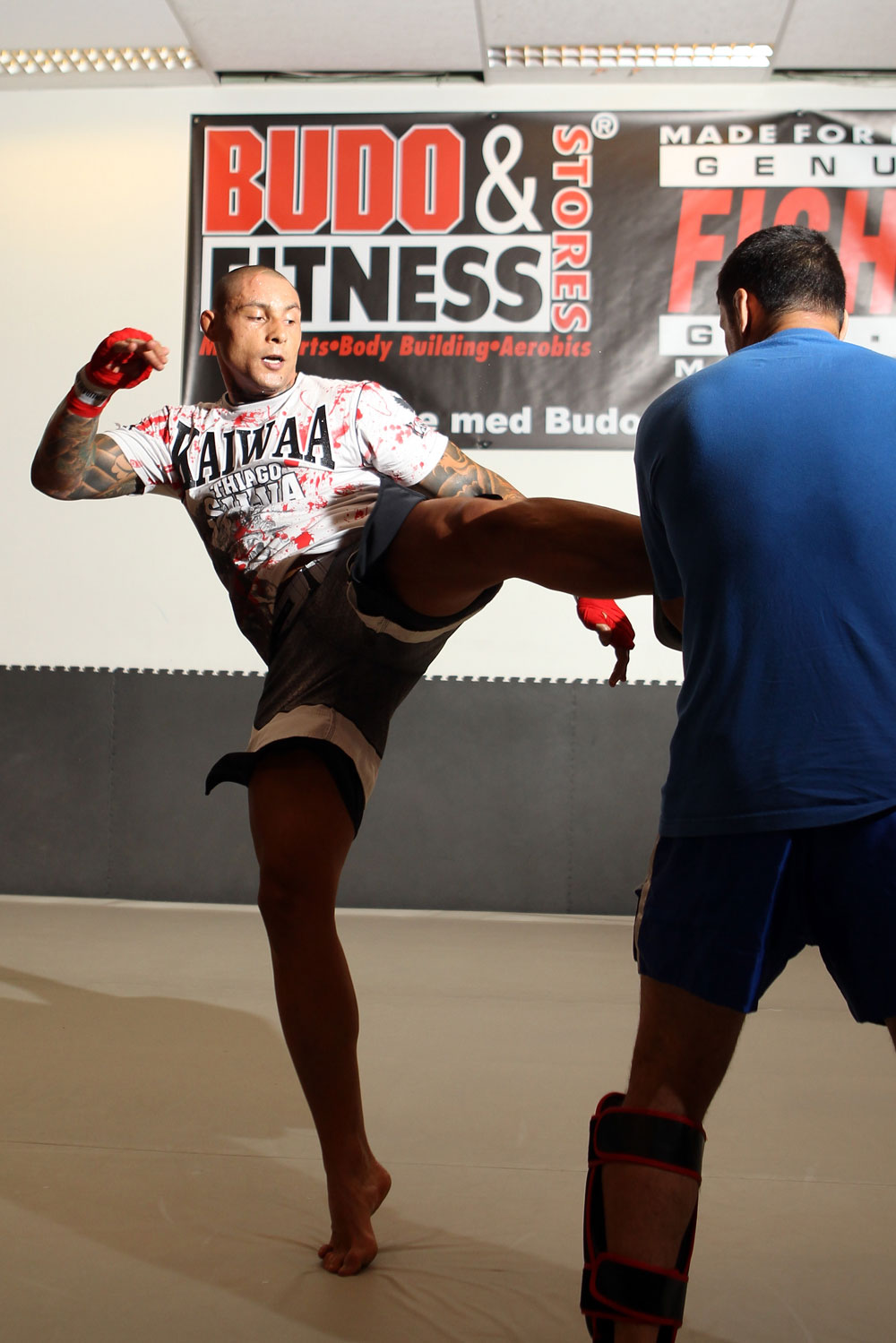 You’ll get different answers when asking a fighter what he missed the most during a long layoff. Some are brutally honest and say the paychecks, others simply crave the competition and the camaraderie of their training partners. Thiago Silva cuts right to the chase as he gets ready to return to the Octagon for a Saturday main event against Alexander Gustafsson in Stockholm, Sweden. What did the Brazilian banger miss the most?

“Fighting,” he said through translator Primo Miranda. And if you know the 29-year old’s personality and Octagon style, that’s as truthful a statement as you’ll ever hear. Sure, this is how Silva provides for his family, but you get the impression that if he worked a 9 to 5 somewhere, he would still find a way to compete in this sport. It’s simply in his blood.

If you need any proof, consider that for a long time, the Sao Paulo native had been dealing with a back problem that just got worse and worse. In an important 2010 bout with former light heavyweight champion Rashad Evans, the injury acted up, only to get to the point after the three round decision loss where he could barely move.

“It was a very frustrating 12 months I had,” he said. “When I injured my back the second time in April, after the Rashad fight, I lost feeling in my thigh and didn't regain the feeling until last year.”

But with a good spot in one of the UFC’s most competitive divisions, Silva, whose 5-2 record only had losses to champions Evans and Lyoto Machida, was not about to take an extended break to get better. He accepted a January 1, 2011 bout with Brandon Vera, and he impressively won a three round unanimous decision. The only problem was that to get his back well enough to compete, he took injections of a banned steroid and then attempted to hide the appearance of this substance in his urine. When his post-fight drug test came up as “inconsistent with human urine,” the Nevada State Athletic Commission suspended him for a year and fined him, and also rendered the Vera bout a no contest. Silva owned up to his punishment and served his suspension, and while he was out, he finally got the time to heal properly, even if it wasn’t an ideal situation.

“I did a lot of rehab and lifting weights to make my whole body stronger,” said Silva. “I also did sparring, but not a lot. I allowed my body to heal during the time off, and I constantly have to work on my core so it won't happen again. I have to listen to my body when I feel something is wrong.”

After his suspension was up, Silva was eager to get back in the Octagon, and he was scheduled to get his chance in May in a rematch against Vera. But an injury scrapped the bout almost as soon as it was made.

“I didn't have time to get excited about it because he pulled out two days after it was announced,” said Silva, and while a replacement opponent was found in Igor Pokrajac, a better offer came through in early March when he was asked to replace countryman Rogerio Nogueira against Gustafsson this weekend.

“I was like a kid in a candy store,” he said. “I was very excited when they asked me if I wanted this fight, and I just wanted to fight as soon as possible. It didn't matter who my opponent was, I just want to get back in the cage and fight.”

Silva doesn’t even worry about being the “bad guy” in Stockholm when he faces the hometown hero in the UFC’s first visit to Sweden. Not that you thought he would.

“To me it doesn't matter,” said Silva. “At the end of the day, it's only him and I in the cage. I don't pay attention to the crowd because I am focused on my opponent.”

And focused on getting his promising career back on track as he looks to erase the turmoil of the last year.

“I just want to make up for lost time and fight as much as I can in 2012,” he says, and while many would consider rehabbing an image to be an uphill battle, the 29-year old Silva has said his apologies, and now he’s going to do his talking in the Octagon. And if his future opponents want to hold his past against him, that’s fine, but he’s still going to fight.

“I don't worry about if guys respect me or not, but if they don't, they will find out the hard way.”