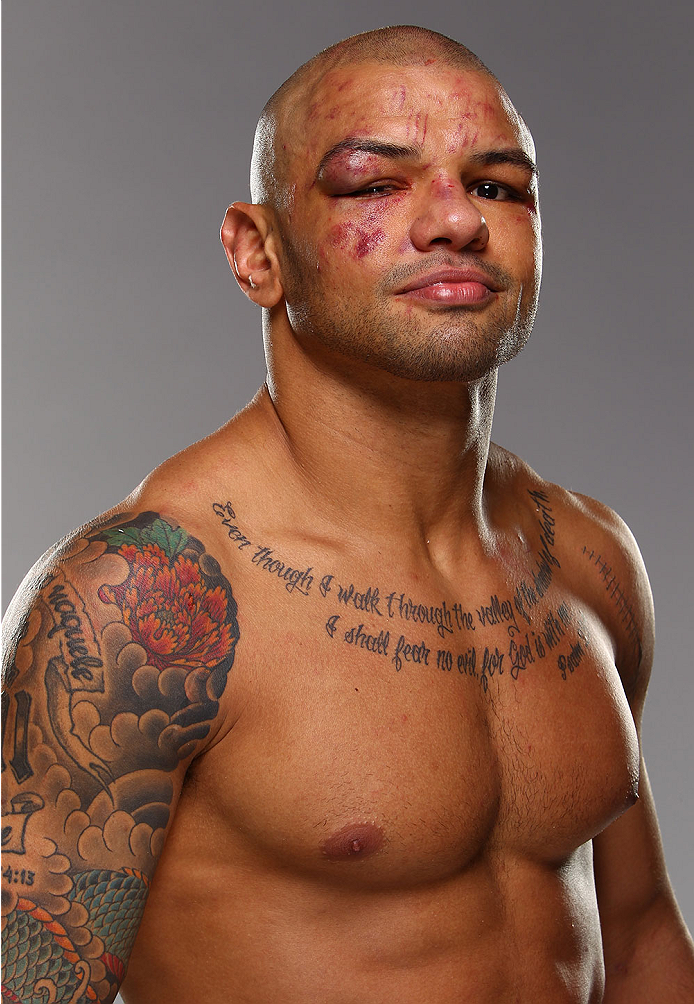 Thiago Alves could have had a bad case of déjà vu last July, as a knee injury took him out of an August matchup with Jordan Mein. It would have been understandable too, considering that he missed more than two years of fighting due to several injuries that required multiple surgeries. But this time around, the “Pitbull” shrugged it off and simply vowed to get healthy and get back to work.

“I’m pretty good at putting the past behind me,” he said. “I let it be what it is and I don’t really focus on it or look backwards. I’m always looking ahead, and it wasn’t the time; that’s why it didn’t happen. But now, it’s go time, I’m ready, I’m better than before, and I’m excited to put on a show.”

This Saturday, Alves gets his date with Canada’s Mein in a bout that will open up UFC 183’s main card in Las Vegas. It’s his second bout since the longest layoff of his career, and in the first, he proved that he had not missed a step in a Fight of the Night win over Seth Baczynski in April of last year.

“I truly believe that everything happens for a reason,” he said about his return bout. “I did not think like that before. I would always just go through the motions and think it was fate and it is what it is. But when you become a little bit more mature, you understand the way things are, and I was very glad to go 15 minutes at a hard pace after so long without a fight. I got that out of the way, but I’m not planning on doing the same in this fight. (Laughs) If this fight goes past the first round, I’d be very surprised.”

To come back from several injuries is one thing. To do it the way Alves did is another thing entirely. He gave as good as he got from Baczynski, he stood in the center of the Octagon and traded for three hard rounds, and he left the Octagon with his hand raised. For the veteran contender, it was a way to answer any questions about whether he still belonged among the elite, and at the same time it allowed him to move forward with his career.

“I felt like I never left, even though a quick movie was running through my head as my hand was getting raised,” Alves said. “It just showed me how much I really love what I do and how important it is for me to keep doing it and putting my best effort into accomplishing things that I want to accomplish.”

As this point in an almost 14-year pro MMA career, it seems like Alves has been around forever, and in a way he has, with 18 of his 34 fights coming in the UFC. But after clearing up his injuries and learning how to approach training as something to be done smarter and not harder, he could be in his physical prime now at 31, and not nearly six years ago when he challenged Georges St-Pierre for the welterweight title.

“That’s exactly how I think,” he said. “What else is out there that I haven’t seen, what else does this game have to throw at me that I haven’t lived through and overcome? So it’s a very exciting time for me right now, for my career and my camp. We’re a hundred percent positive, we know what it takes to be at the top, and unfortunately before I couldn’t perform and do what I now know what to do.”

Another plus is being at the American Top Team gym in Coconut Creek, Florida, a place where any given training session could include Alves and a selection of top welterweights, including UFC champ Robbie Lawler and highly-ranked contenders Tyron Woodley and Hector Lombard. Alves agrees that he swims in a shark tank on a daily basis, but he’s also quick to point out that it’s not just the UFC’s finest that test him in the gym.

“I think the biggest threats in the gym are the guys nobody knows,” he said. “They’re up and comers, they’re always hungry, and they’re always on point, so those are the guys that keep you in check. We have such a huge team right now with so many studs, so you have to be sharp and you have to be at your best, otherwise it’s going to be a bad day of training for you. (Laughs) That keeps everything in perspective and makes you always be at your best, so when it comes to fight day, that’s a celebration day. It ain’t gonna be like training camp.”

There’s nothing like getting chased by the up and comers to keep a veteran hungry, right?

“If you’re not hungry in American Top Team, you’re in the wrong gym,” he laughs.

Hungry, healthy, and ready to move forward after a rough couple years. It’s a good place to be in for Thiago Alves.

“2015 is going to be the best year of my career,” he said. “I’m mature, I’ve been through a lot, and now it’s time to execute the master plan. Of course, I don’t want to get ahead of myself because I have a mission to execute January 31st. But I want to do at least three fights this year and get back to the top of the weight class, and in 2016, the plan is to pursue that belt.”