Thiago Alves Has Some Lessons For The New Generation 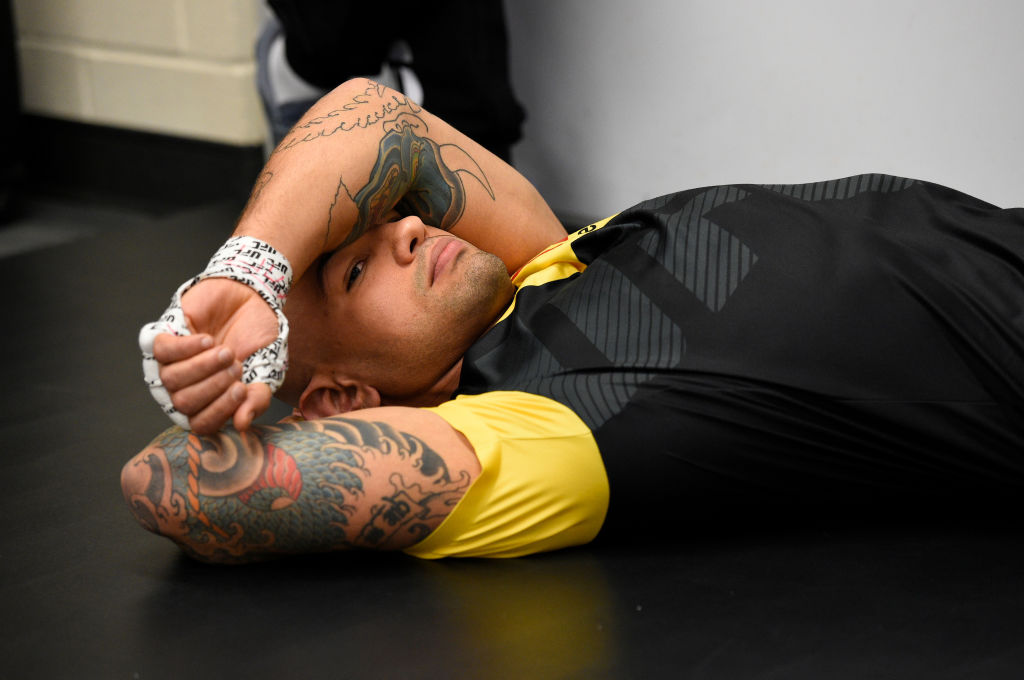 Thiago Alves of Brazil prepares for his fight against Patrick Cote of Canada at KeyBank Center on April 8, 2017 in Buffalo, New York. (Photo by Mike Roach/Zuffa LLC)" />Thiago Alves’ first appearance in the UFC Octagon came opposite Spencer Fisher at UFC Fight Night 2 in October 2005.

While he’s still a couple weeks shy of his 34th birthday, there is no denying that the Brazilian welterweight is a veteran of the sport and one of a handful of fighters remaining on the UFC roster whose arrival and ascension came in the immediate aftermath of The Ultimate Fighter boom that transformed the sport well over a decade ago.

By comparison, the man he’ll face Saturday night at PPG Paints Arena in Pittsburgh, Mike Perry, was 10 years old when Alves turned pro and was still a few years away from being able to legally drive a car by the time the former title challenger crossed the threshold into the Octagon for the first time. 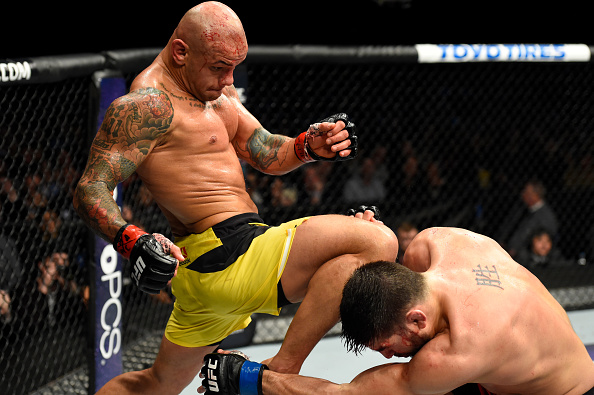 Where Alves came up in an era defined by the blue-collared professionals he’s shared the cage with over the years – gritty veterans like Fisher, Jon Fitch, Chris Lytle – and the workmanlike championship reigns of Matt Hughes and Georges St-Pierre, Perry is from a completely different generation, one the Brazilian veteran doesn’t understand and has trouble seeing as the future of the UFC.

“It’s sad to see that’s the new generation of MMA fighters,” Alves said of the fighters who have cultivated a following on social media and turned over-the-top personalities into a rapid pass up the ranks. “I’m a little bit disappointed that in a few years when I have to walk away, this is what’s going to be the future – all these entitled guys that haven’t done anything yet.”

Like a lot of people, Alves points to the success of Conor McGregor as the outline Perry and others are attempting to follow, though many seem to be missing a crucial piece to the puzzle.

“It’s not just about the talk – you have to back it up and have the personality and everything,” he said, noting “The Notorious” one made good on many of his bold proclamations and delivers excitement every time he steps into the cage. “A lot of people today think ‘if I talk and hopefully I get a win, then I’m going to get money and this and that.’ They forget that this is the hardest business to be in – you have to earn everything every time you step in there.”

Although Alves has no real issues with the way Perry uses social media to promote himself and get himself hyped for their co-main event clash this weekend, he does take umbrage with the way “Platinum” conducted himself in the wake of his April knockout of Jake Ellenberger.

A minute into the second frame, Perry broke from the clinch and connected with a thunderous elbow to Ellenberger’s jaw, sending the 19-fight UFC veteran crashing to the canvas. After wiping the blood away from his nose, the Florida-based upstart did a breakdancing routine in the center of the Octagon, finishing in a position that left him watching as the doctors tended to his opponent. 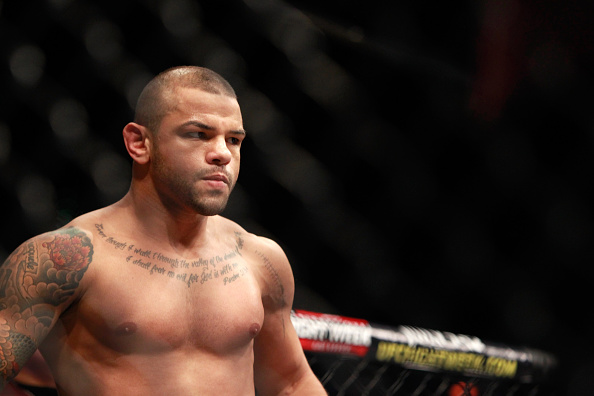 Jordan Mein during UFC 183 at the MGM Grand Garden Arena on January 31, 2015 in Las Vegas, Nevada. Alvez won with a second-round TKO. (Photo by Steve Marcus/Getty Images)" align="right" />“I think I speak for probably 99 percent of the MMA community – nobody likes this guy,” Alves said when asked about Perry’s post-fight celebration against Ellenberger. “That’s his choice, that’s how he wants to sell himself and that’s on him and his people. I don’t worry about what he does, but it definitely motivates me a little more to go out there and **** him up, absolutely.”

And from what he’s seen of “Platinum” thus far in his UFC career, “Pitbull” isn’t all that impressed.

“He’s a good boxer; everything else, he hasn’t shown much,” offered Alves, who has recently joined the coaching ranks at American Top Team. “It’s kind of easy to prepare for a guy like that – I respect his power, I respect what he’s done, but I’ve got power too and I don’t have just hands. I’ve got a whole bunch of weapons that I can throw at him.

“The better guy that he fought – Alan Jouban – messed him up; dropped him with a left hand and the guy’s not even a southpaw,” he added. “I don’t know who has been lying to him, telling him all these stories, but again, it’s not my job to worry about what he’s going to say and do – it’s to go out there and beat his ass and that’s what we’re prepared for and that’s what we’re going to do.”