There's Only One Tito Ortiz 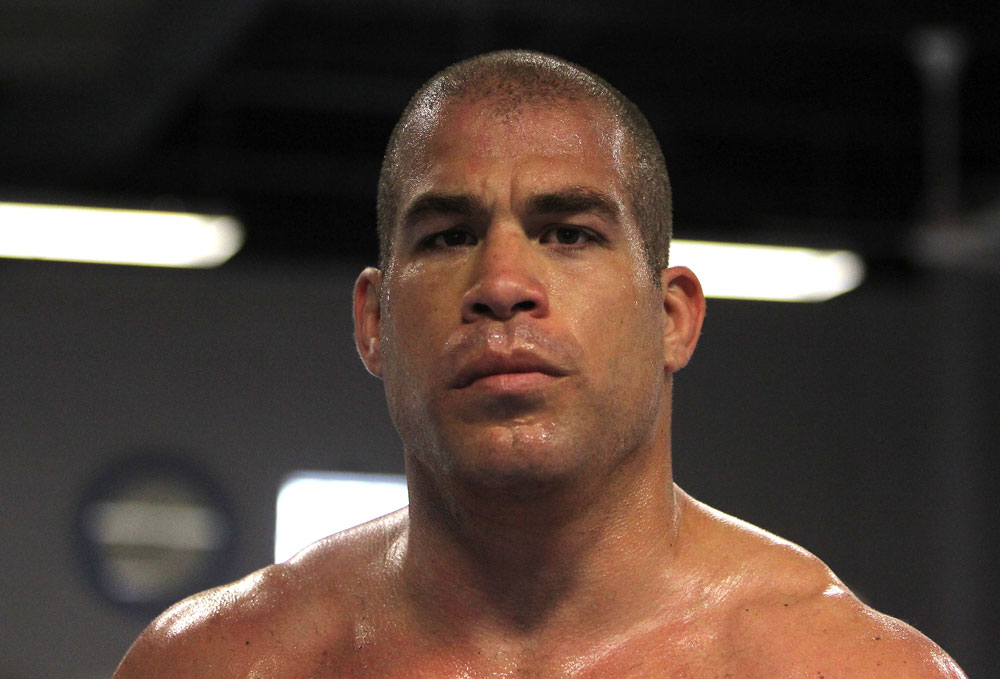 The ritual never wavered. No matter who he was fighting, no matter what was going on in his life, Tito Ortiz would run around backstage on the lower concourse of the MGM Grand to warm up for the battle to come. But it wasn’t just to get his limbs loose, it was a reinforcement of why he was there in the first place, and as he ran, he heard the crowd in the arena and also heard the chatter from the people he passed.

“Everybody would be cheering me on,” said Ortiz.

On July 2nd, as he waited for the call to face Ryan Bader later that night, he began his run, as usual. This time though, there was something different.

“Nobody said a word,” said Ortiz.

There was no secret as to what was at stake for the former light heavyweight champion. Winless in five fights since 2006, Ortiz knew that if he lost to Bader, his UFC career was over. If that was going to be the case, it would have been a harsh end for one of the sport’s superstars, but that’s what usually happens to pro athletes at the end.

Yet Ortiz, finally healthy, wasn’t about to go away quietly. And while the joke for some people is that they’re going to be late to their own funeral, “The Huntington Beach Bad Boy” simply decided not to show up for his. He was in Las Vegas to win.

“I thought to myself, ‘Now it’s time to prove everyone right, and prove to all the people who had my back that I’m still here. It’s time to shine Tito.”

And shine he did. In one of the most stirring victories in the history of the sport, Ortiz, 36, turned back the clock with a brilliant performance against the dangerous Bader. Confident from the opening bell, Ortiz dropped Bader in the first round and then pounced, locking in a guillotine choke that forced the former Ultimate Fighter winner to tap out at the 1:56 mark. The MGM Grand crowd erupted, and the emotion was evident from Ortiz as well.

That wasn’t a case a few weeks before, when a talk with Ortiz left a different impression, one where he sounded like he was feeling the pressure of the UFC 132 bout being a win or go home scenario.

“When we talked, it was a different Tito,” he said. “I was having some home problems, a lot of people were being very negative towards me, and I couldn’t handle the negativity anymore.”

So after some soul searching, good coaching, and a change in attitude, he decided to turn things around, both personally and professionally.

“Life is too short to be negative and hateful, and it really came down to reinventing myself,” said Ortiz. “The training partners I had and the coaches I had, Mike Giovanni and Jason Parillo, are very positive, and they kinda restructured my mindset. I shut off the home life and was very stubborn and selfish to myself and my fight career. I’m too caring, I’m too giving, and I want to make sure everybody around me is having a great time, and I forgot about myself. So I relocated myself as the true champion that I really am and the true fighter I really am.”

“I stopped being negative and telling people who I was and what I do and this is the way it should be,” he continues. “I ignored the negative stuff and reinforced the positive stuff around me. It changed my outlook on life and my outlook on being a fighter. I really see it as I’m not the bad boy anymore. I’m the people’s champ.”

After his career-saving win over Bader, nobody doubted it, and it was time for Ortiz to take a well-deserved victory lap. But then Phil Davis entered the picture, and when he was injured and forced from his UFC 133 main event against Rashad Evans, Ortiz got a call from UFC President Dana White, asking him if he was interested in stepping in for a rematch with Evans, whom he fought to a three round draw with in 2007. At first, Ortiz turned down the offer, but after Lyoto Machida turned down the bout as well, Ortiz called White back up and took the fight. How did he explain that one to the family?

“Fighting is my life, so I just explained to them that we’ve got three more weeks and we’ll take our vacation,” he laughed.

It’s a gutsy move to say the least, but Ortiz is feeling so amped up from his win and from leaving the bout unscathed injury-wise that he’s raring to go on August 6th in Philadelphia.

“I told myself you’re healthy, you’re good, you’re in shape, and here’s an opportunity for you to shine,” said Ortiz, the living embodiment of striking while the iron is hot. “I’m living a Cinderella story right now, and I look at it that as 36 years old, Chuck Liddell was in his prime, Randy Couture was in his prime, and Tito Ortiz, I wasn’t in my prime at 25, 26. No. I’m in my prime at 36 years old. When I was 26, I was a young kid who was still learning and maturing. Now, I think I matured a lot. I talked to my mom recently and she saw my post fight press conference and she said ‘you’ve grown up so much. You’re a man now.’ She was surprised, and I understand that now. I came around completely.”

In more ways than one. And regardless of what happens on Saturday night, Ortiz’ return to the win column and to full health after three painful surgeries is the feel good story of 2011. Ask him if he ever thought he would be back here after going under the knife, and he’s blunt in his reply.

“Two months after (his second surgery) I’d get out of bed crying,” he said. “I was in such bad pain, I was like ‘what did I just do to myself?’”

After the third month though, Ortiz started to believe.

“I can do this,” he said. “And I never doubted myself; I just had injuries that kept me down, and in my mind I’m still a top five guy in the world. I never thought any different, even with my losses.”

Everybody loves a good comeback story. And this is a great one. But what else would you expect from the one and only Tito Ortiz?

“In boxing, they had Muhammad Ali, in professional wrestling they had Hulk Hogan, in mixed martial arts, they have Tito Ortiz,” he said.