There's No Stopping For Casey Kenney

“I was a flyweight for most of my career and I thought I got the golden ticket to get in, which was the LFA flyweight belt, especially after what I had done on the Contender Series,” said Kenney, who assumed that winning the LFA 125-pound title in November 2018 was going to secure a shot in the UFC. 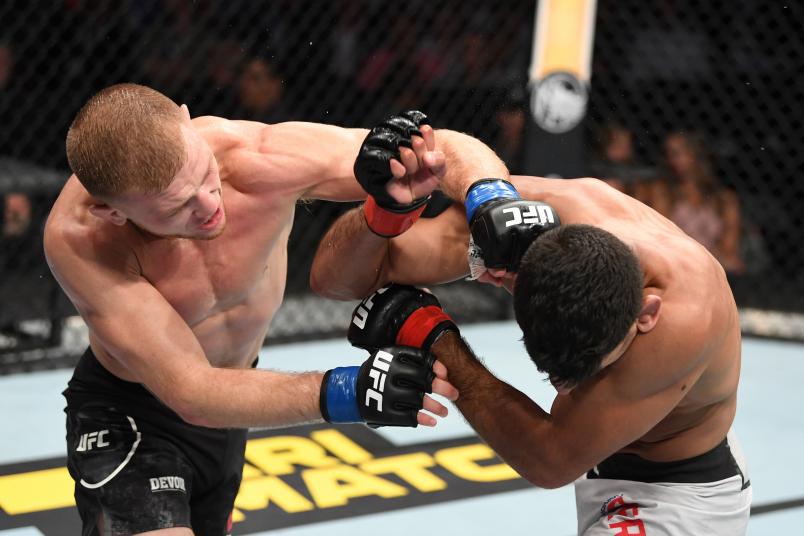 And it probably would have if the division itself was secure. But at that point, no one knew whether the UFC was going to keep the flyweight division or not. So what did Kenney do? He grabbed the LFA bantamweight title in March of last year, and though the flyweights were back in full force again by that time thanks to Henry Cejudo’s knockout of TJ Dillashaw in defense of his crown, when he got called to the UFC, he decided to stay at bantamweight.

“I’m happy that things worked out the way they did,” said Tucson’s Kenney, who looks to turn two UFC wins into three when he faces Merab Dvalishvili this Saturday in Rio Rancho.

He should be happy, considering that he beat a former title challenger (Ray Borg) and a hot prospect (Manny Bermudez) in his first two trips to the Octagon, earning himself a top 15 ranking. But even though he’s entrenched in life at 135 pounds, does he think about a move back to 125 pounds eventually? 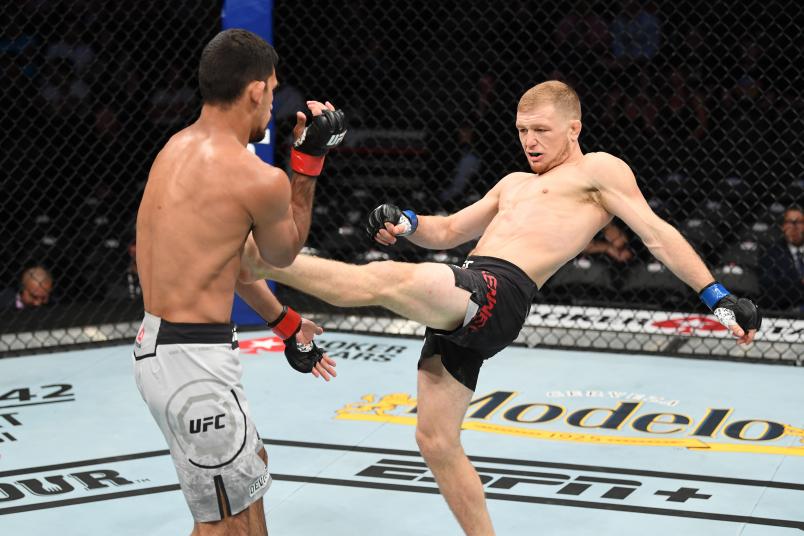 “Not right now,” he said. “I like where I’m at. Maybe one day, but it’s still not where bantamweight’s at. You can easily say bantamweight’s one of the deepest divisions in the UFC right now. Flyweight, a fight or two and you’re top ten, top 15, no questions asked. It’s making a resurgence, but it’s got a long way to go to live up to the hype of bantamweight.”

More From UFC Rio Rancho: Fighter's On The Rise | Free Fight: Anderson vs. Walker | Nathaniel Wood Turning It Up | Fight by Fight

Kenney is right when it comes to the depth at bantamweight, a shark tank of a division to say the least. And with the title at flyweight not to be filled until later this month, there is an opportunity there to win a couple fights and be in the championship conversation. So why take the longer road? For the 28-year-old, it’s just an attitude he was born with.

“I’ve been a competitor since as far back as I can remember,” he said. “I literally can’t remember a time when I wasn’t training martial arts. I was one of the most competitive kids around, and I still am. That’s part of it, and then obviously growing in the sport and everyone wanting to get into the UFC, that’s where the flyweight run came from in the beginning – okay, this is my quickest way in. I always had the plan of moving up eventually and at the time, the best pound-for-pound fighter in the world (Demetrious Johnson) was at flyweight too and he had beaten my coach (Chris Cariaso), so that was the first goal, to take out the best fighter in the world. But once he was gone and things happened to the flyweight division, it was time to move on.” 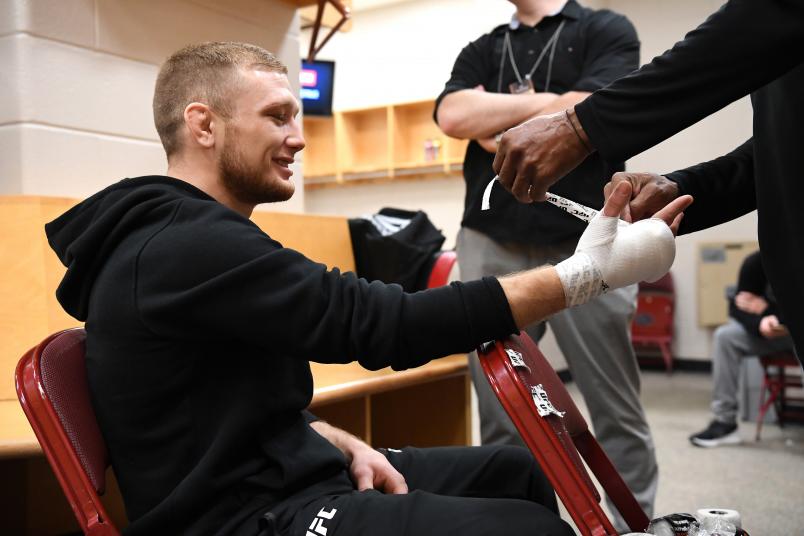 So we’ll leave it at “maybe someday” for a return to flyweight, but it doesn’t look like it will be anytime soon, because Kenney has got plenty to keep him busy where he’s at. And for someone who can now live life as a full-time fighter, motivation is never in short supply.

“Now I’m getting paychecks,” he said. “I can support myself and I’m truly living the dream, so now it’s easy. The come-up is the hard part. I was putting in 40 hours a week of private sessions and teaching the kids’ class six, seven days a week for most of my career. That’s the hard part. Everyone is looking at you being a fighter and you’re trying to figure out how to pay rent for the month. (Laughs) They all look at you like you’ve got millions of dollars because you’re a professional fighter already. But now I’m just focusing on fighting, and that’s a whole other motivation. No matter what happened, if I just kept pushing, this time would come, and here we are.”

That doesn’t mean he can’t enjoy the view a bit, even if only for a minute or two before he gets back to the business of chasing gold.

“There’s no stopping now, but I’ve got to sit back and look at these little rewards that I’ve been given and obviously the work I’ve put in is the reason these things are happening and the work of my team as well. It’s a cool feeling.”