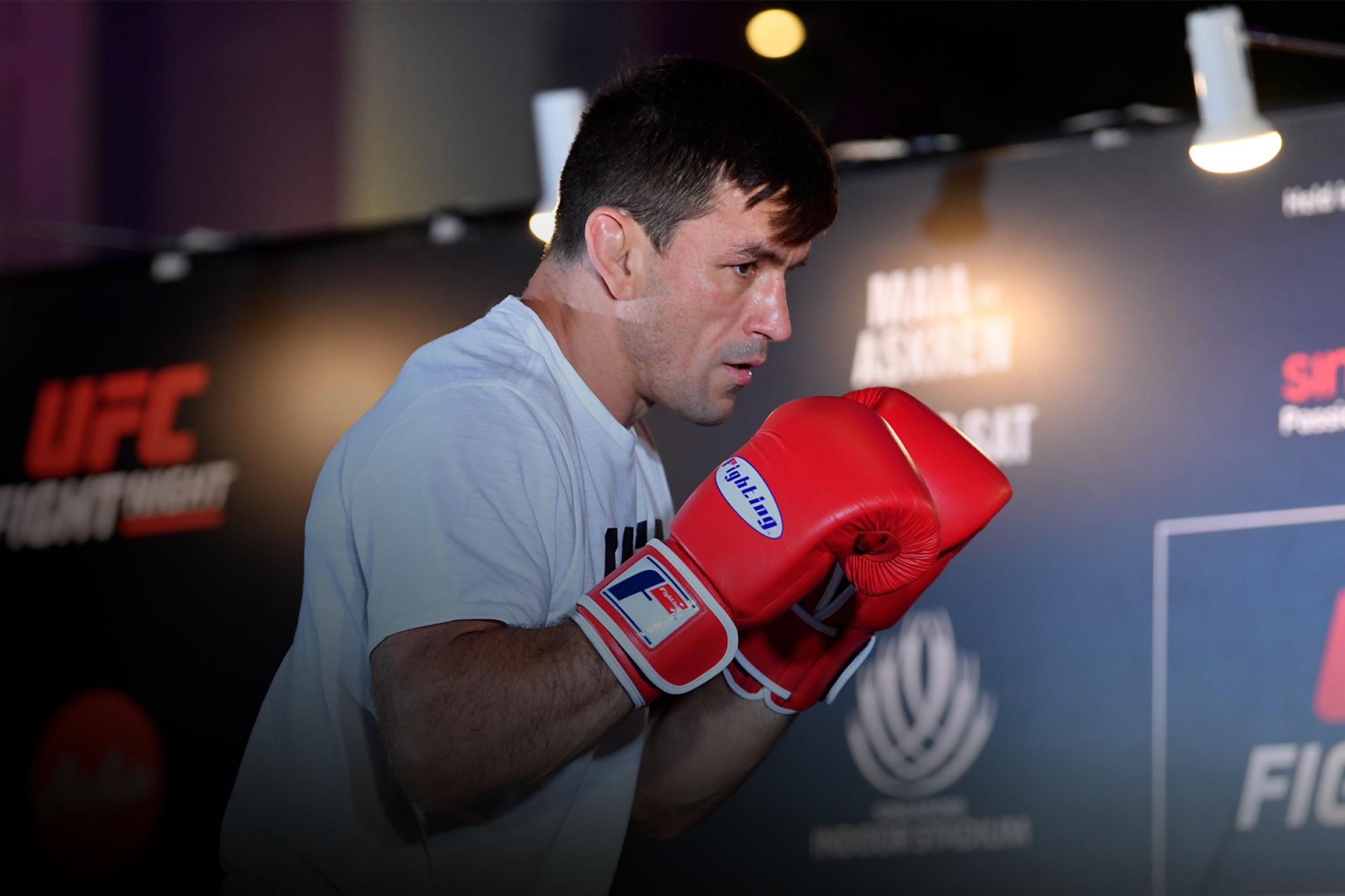 There's No Quit In Demian Maia

“I know I lost to top level athletes and I knew that I could keep going for another year and that’s what I think right now.”
By E. Spencer Kyte, on Twitter @SpencerKyte • Oct. 25, 2019

Demian Maia entered the year on a three-fight losing streak, listening to people question whether his days as a competitive fighter in the talent-rich welterweight division were done.

It didn’t matter that those three losses came against Tyron Woodley in a championship fight at UFC 214 or the two men set to battle for the welterweight title at the end of the year, current champ Kamaru Usman and No. 1 contender Colby Covington. Three straight ticks in the loss column combined with being 41 years old was all the reasoning many fans and observers needed to declare the Brazilian veteran as good as done and suggest he move on to the next stage of his life.

“I know in my training how I feel, so I will be the first one to know when my performance is getting worse and if I feel that, I’m not going to fight any more because I don’t want to go out there just for the money,” said Maia, who has always been honest in his assessment of his skills and acknowledging that he’s in the twilight of his professional fighting career. “I want to go out there because I want to be competitive and I want to win. I know how my body is. I know looking back at the guys that I lost against, they were pretty bad matchups for me and not just that, but they’re the Top 3 in the division.

“I know I lost to top level athletes and I knew that I could keep going for another year and that’s what I think right now.”

Rather than exit when things were running bad, Maia opted to continue on, entering the year with a “one fight at a time approach,” expecting that he would complete the remaining three fights on his contract and reassess things from there.

Saturday’s main event assignment opposite Ben Askren in Singapore was to be the final fight on this deal, but after getting back into the win column with a first-round submission finish of Lyman Good in February and halting Anthony Rocco Martin’s climb up the welterweight rankings in June, the longtime contender sat down with the UFC brass and ironed out a contract extension that will see him continue to compete in 2020, regardless of how things play out this weekend.

“It was the last fight, but before we signed this one, we renegotiated with the UFC for two more,” explained Maia. “So I have this one and two more, which will be next year.

“You never know what life will bring to you, but my goal is to fight this one and win, of course, then do a couple more fights before I retire from my competitive career,” added the standout grappler, who is one of six fighters to make 30 Octagon appearances (and counting) over the course of his career. “I have many other plans that I keep holding off on because I’m not able to give them full attention because I’m a professional athlete, so my main goal is to be ready to do my best in the fights.”

Though he will never step into the cage just to collect a pay day, one thing that does continue to fuel Maia’s fire to compete is the fact that he currently sits second on the UFC’s all-time wins list, two victories behind Donald “Cowboy” Cerrone.

Catching Cerrone is going to be a challenging task, as the lightweight veteran is five years Maia’s junior and has historically kept the most active schedule of any fighter on the UFC roster, as evidenced by the fact that he’s logged both the most victories and most appearances in the company’s history despite only making his Octagon debut in February 2011.

Regardless of whether he catches him or not, his inclusion in that exclusive group and lofty placement on such a list are points of pride for the venerable Brazilian.

“It means a lot,” Maia said. “It shows the perseverance that I have all these years to keep fighting, even when I pass through hard times and tough losses. I kept fighting, kept going and kept fighting, normally two times a year, for the last 12 years in the UFC, the highest level of competition in MMA.

“I’m happy that I have these achievements and it would be great if I could get this record and catch Cerrone,” he added. “That record makes me very proud, but I want to keep going.”

More from UFC Singapore: Askren Plans To Bounce Back | Fight by Fight Preview | Three Fighters On The Rise

With “Cowboy” catching a loss last time out in Vancouver, Maia can move within one victory of matching Cerrone with a win over Askren in the main event of Saturday’s return to Singapore Indoor Stadium.

The pairing came together quite quickly in the wake of Askren’s loss to Jorge Masvidal at UFC 239 this summer, and this clash of elite grapplers is one that many people have been looking forward to since it was first announced, including Maia.

“I’m really excited,” he said of the pairing with Askren, the four-time All-American, two-time National Champion and 2008 U.S. Olympic wrestling team member. “It’s a totally different fight and totally different style than I have faced in my career before.

“Everybody that I’ve fought to this day in the UFC, they’re just trying to knock me out or trying to stand up and strike with me. Ben is the first guy who wants and needs to engage (on the ground) in order to win the fight and that’s what makes this interesting for me and a big challenge. He’s a wrestler, but he trains a lot of jiu-jitsu also, so he’s very dangerous.”

So could we see Maia and Askren agree to start the fight on the canvas?

“Depends who gets to start on top,” the Brazilian answered with a laugh. “We can do two rounds each and then the last one starts standing up.”