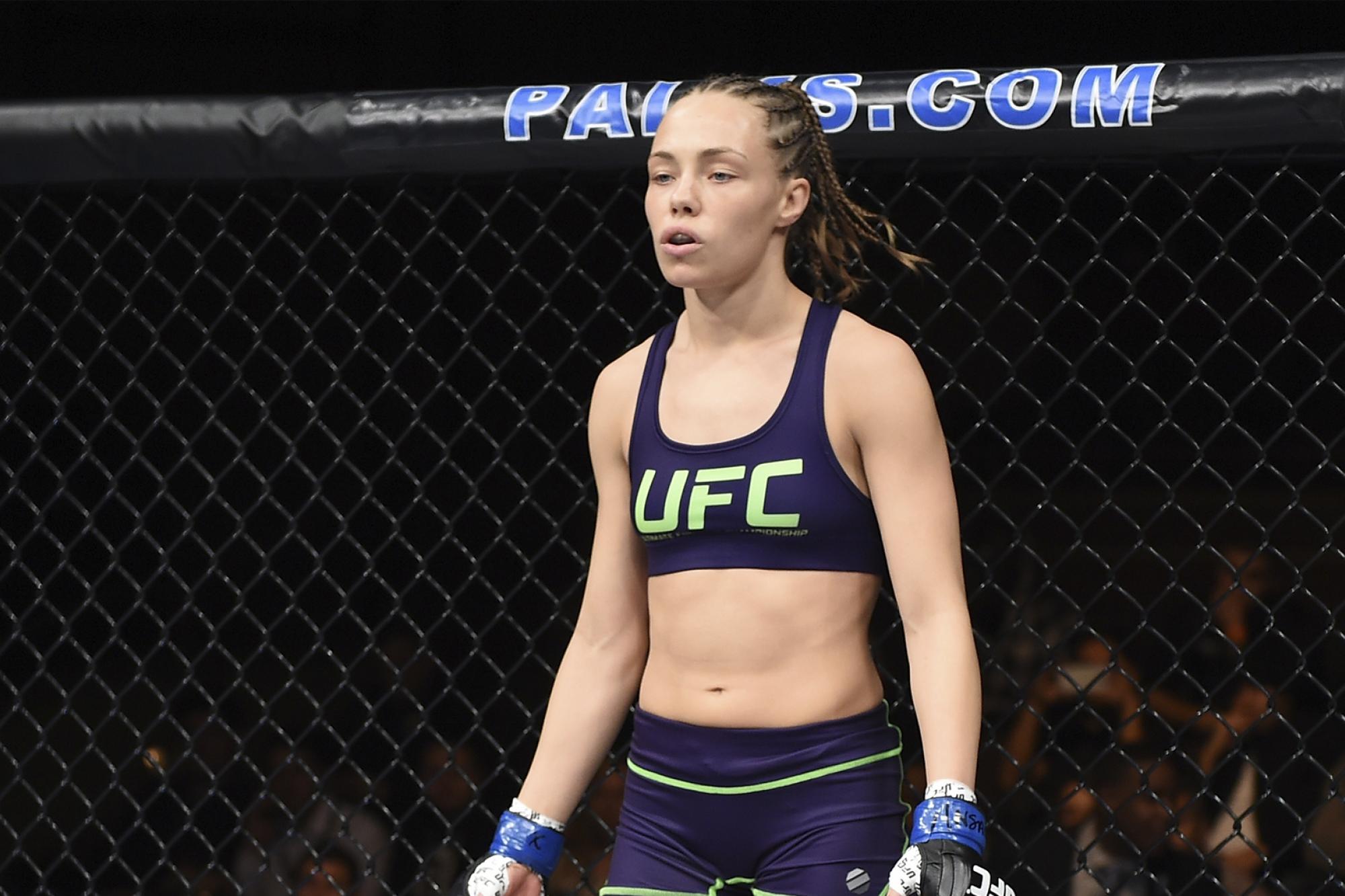 Look Back What Rose Namajunas Had To Say Before Fighting Carla Esparza In The Ultimate Fighter: A Champion Will Be Crowned Finale.
By THOMAS GERBASI, ON TWITTER @TGERBASI • May. 30, 2021

The days of “Thug” Rose Namajunas may be numbered. Not Namajunas the fighter, but the nickname she has carried around as both a badge of honor and a warning.

“I went through a lot of stuff and had a chip on my shoulder, and I always had this mean expression on my face,” she said of the origin of her nickname during her formative years in Milwaukee. “Whereas now, I feel like it’s gonna be hard to call me that. Obviously, I still fight ferociously. I’m always gonna be looking to do a lot of damage and finish my opponent, and I’m definitely no pushover nowadays, but I feel like I’m kind of softening up now.”

Namajunas laughs, finally able to look back at her life with a more measured view. And she has plenty of reason to smile after tearing through Alex Chambers, Joanne Calderwood and Randa Markos in succession to earn a place in tonight’s Ultimate Fighter season 20 finale. More importantly, it’s not just an opportunity to win the reality series, but to become the UFC’s first strawweight champion and the promotion’s youngest world champion ever. It’s a lot to handle at any age, let alone 22, but Namajunas has been shining as bright as the spotlight on her since entering the world of reality television.

“Honestly, it’s been quite the experience,” she said. “I’m just taking one day at a time and trying to have as much fun with it as possible. I’m not taking any of it too seriously, not putting too much pressure on myself, because I tend to put very high expectations on myself and that trips me up after a while and wears on me.” 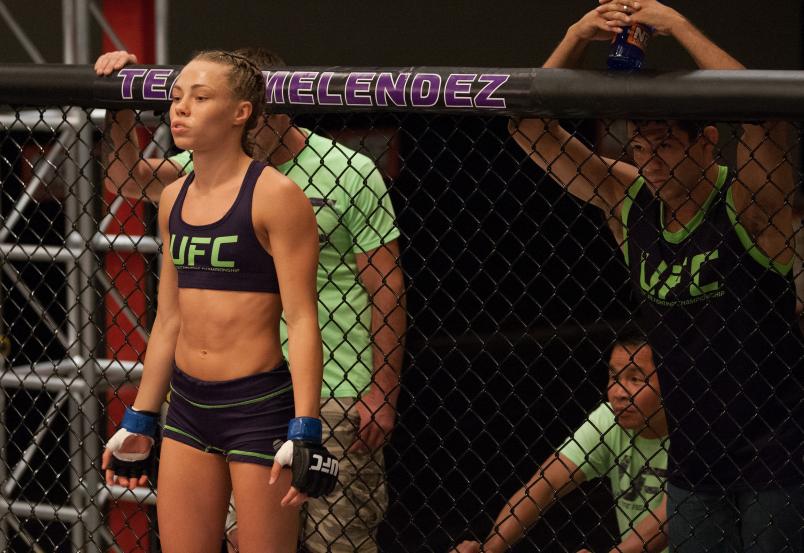 Rose Namajunas enters the Octagon before facing Joanne Calderwood in the quarterfinals during filming of season twenty of The Ultimate Fighter on August 6, 2014 in Las Vegas, Nevada. (Photo by Brandon Magnus/Zuffa LLC)

She likens the time spent from the announcement of the cast through fight week to distance running, and she can finally see the finish line.

“It’s like a long-distance race and you have to have the endurance for it,” Namajunas said. “It’s coming up on the last half-mile. I just have to make sure I last through this time without wearing myself out too much. It’s the hardest part of the race physically and mentally, but you know the end is coming soon.”

More accurately, this chapter is coming to an end, but a new one will begin for her tonight as a UFC fighter – and possibly a world champion. If that reality is weighing her down, you can’t tell, and with the help of her fiancé, former UFC heavyweight Pat Barry, she truly seems to be enjoying the ride thus far. Maybe it’s because she has not only achieved professional success, but because she’s let loose of the difficult days from her past, letting the world in and serving as an inspiration in the process.

“Just going through all those things in my life, I’ve developed a mindset of being selfish and really just looking out for myself, always looking over my shoulder,” she admits. “But as I’m overcoming these challenges and getting the demons out of my closet, I realized that coming up in this sport you have to be selfish, but at this point, I feel like I’m ready to give back and make this bigger than myself. I don’t have to be selfish; I want to see other people succeed too. I don’t care just to fend for myself. So to be able to inspire people and speak on issues, it doesn’t make it such a dreary experience. I can have more fun involving people in my journey of climbing up to the championship.”

In the way of that championship tonight is Esparza, the favorite to win the show from the time she was announced as part of the cast. And while drama ran rampant between the competitors on the show, there was no such heat between the two fighters battling it out for a world title tonight.

The Best Athletes To Come From TUF: PART 1 | PART 2

“She strikes me as the type of fighter that really has the mindset of a champion,” Namajunas said of Esparza. “But I also feel like she lacks the confidence in herself at the same time. She thinks about what the other opponent can do a lot and that obviously keeps her on her toes, but I take a different approach. I’m just as nervous as her, but at the same time I have more of a ‘face my fears’ type of approach. But she’s always been super humble and respectful in the house and I never had any problems with her. She’s always been good to me and I respect the hell out of her, so I’m just looking forward to having a fight against the top contender in the house and putting on a good show with her.”

Before taping even began, I asked Namajunas what people should expect from her on The Ultimate Fighter. She confidently said “what I’m bringing to the table is that I’m going to be nothing that anybody has ever seen before.”

To the world, she succeeded. Would she agree?

“I do believe so. It’s definitely not anything that anybody’s ever seen of me before. I think I even surprise myself sometimes with what I’ve been able to do. But I’m also constantly evolving, so it’s going to be different every time. That’s my goal, to keep getting better, and I’m always looking forward. Everything that you’ve seen before, even though it was great performance-wise, I’m looking forward to smashing that performance out of the water and bringing a new me every time.”