The Return Of Todd Duffee

After four years away from the Octagon, Todd Duffee wants to make up for lost time in the heavyweight division.
By E. Spencer Kyte, on Twitter @SpencerKyte • Sep. 10, 2019

Just under a year removed from running his record to 5-0 with a second-round stoppage win over Assuerio Silva, the undefeated physical specimen walked into the Octagon at UFC 102 and instantly dropped Tim Hague with a short left hand. Thudding rights followed and referee Mario Yamasaki mercifully brought the mauling to an end, waving off the fight just seven seconds after it began.

At the time, it felt like the start of something special — an absolute drubbing that validated Duffee’s advanced billing as one of the scariest prospects in the sport and the first fight in what would be a long career as prominent member of the UFC heavyweight division. 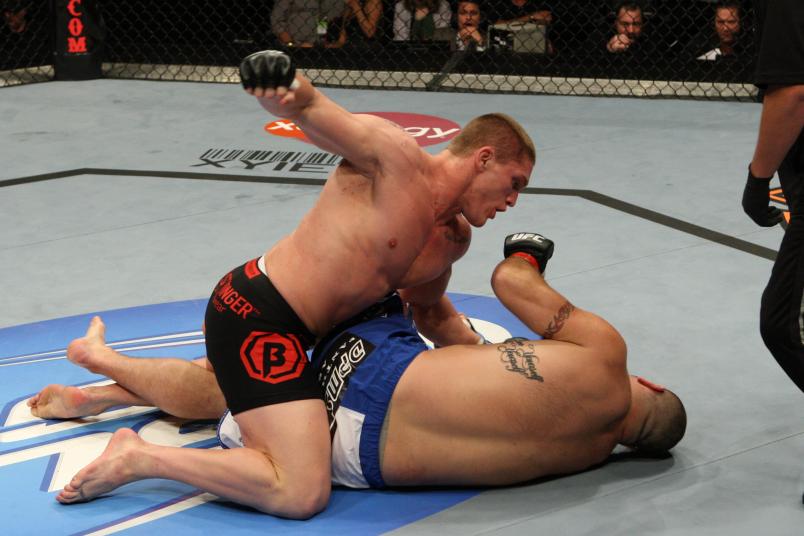 A decade later, Duffee is ready to return, fighting for the first time in four years and just the sixth time since his memorable debut, as a mix of injuries, illnesses and extended time on the sidelines has turned the prospect into a fighter looking to make up for lost time.

“It’s surreal,” he said of his return to the Octagon this weekend in Vancouver. “I just have to remind myself that it’s real because you do all this preparation in advance of a real moment.

“I don’t get caught up in an ‘oh s***!’ moment — I’m excited to get this going, to be back, but it’s more just prepping my mind to bring violence.”

That’s exactly what the now 33-year-old heavyweight has done throughout his career, both inside and outside of the UFC.

In 12 career bouts, Duffee has never seen the scorecards, venturing into the third round only once, in his UFC 114 loss to Mike Russow where the Chicago area police officer did his best Homer Simpson impression, weathering two-plus rounds of punishment before felling the physical specimen midway through the second. 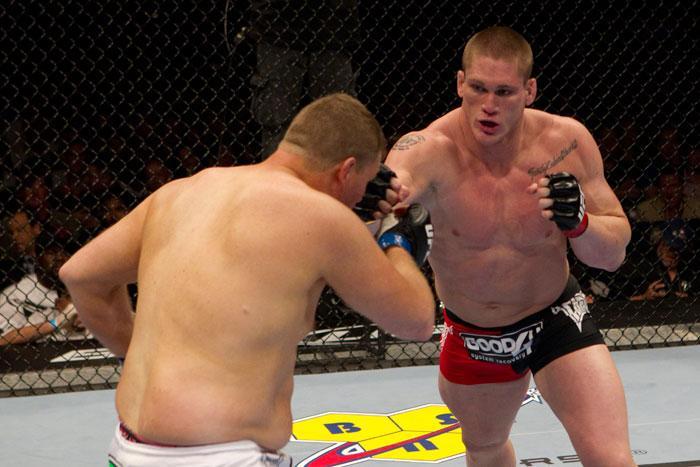 Even in logging a dozen minutes in the cage with Russow in his sophomore Octagon appearance, Duffee has still spent less than 1000 seconds inside the UFC over the course of his five fights. Overall, he averages three minutes and 30 seconds in the cage each fight, but that number shrinks to just 54.67 seconds in his victories.

“It definitely feels like missed opportunities,” he said of his four-year absence from the Octagon, which came as a result of multiple surgeries, a nasty bout of MRSA and other issues following his main event loss to former UFC heavyweight champion Frank Mir. “I ran into some management issues on my own, trying to secure a good contract; that was probably the hardest thing. It was really difficult, but again, I feel like it’s safe to say I’m the most exciting heavyweight in the UFC and I’ve done everything in the world to prove that.

“I don’t think it will be much different on Saturday.”

For his return to the Octagon, Duffee has been paired off with Jeff Hughes on the preliminary portion of this weekend’s fight card at Rogers Arena in Vancouver, British Columbia, Canada.

A training partner of reigning heavyweight champion Stipe Miocic, the 31-year-old Hughes earned his place on the UFC roster with a first-round finish during Season 2 of the Contender Series, but dropped his promotional debut in March to TUF alum Maurice Greene. 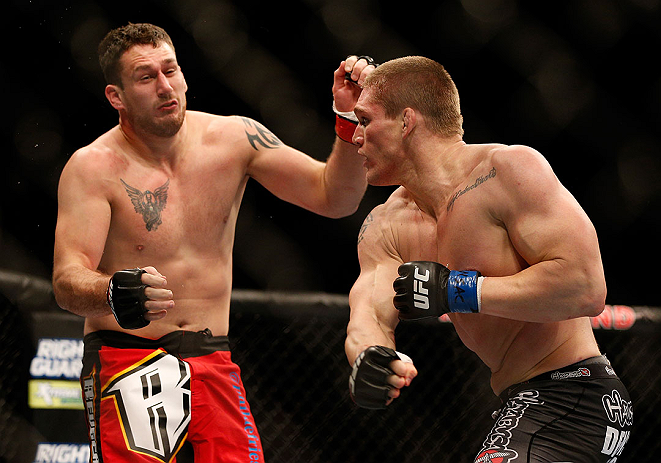 “This is my path. This is my journey,” Duffee said of his long, strange trip from being a hyped prospect pegged for greatness to his current standing as a veteran trying to make up for lost time. “I have a tough opponent — more so than people know. This guy was the Legacy heavyweight champ and he’s coming off a loss where he wasn’t aggressive enough, so it’s going to be a tough fight and I have to be aware of that.”

Not that the idea of a tough fight frightens Duffee. He’s ready for it, both mentally and physically, as he prepares for his long-awaited return.

“It (the layoff) hasn’t changed my approach much at all — I’m pretty focused, as always, and I try to put everything into it — I’m probably just more mature,” said Duffee, who opted to do his full training camp at the UFC Performance Institute in lieu of his previous injury issues and called the Las Vegas facility a godsend for fighters. “I care less about the bulls*** semantics. There are not a lot of bumps in the road to be had. Not a lot fazes me.

“The big difference between this camp and a lot of camps is that there’s not a lot of anxiety going into it. I don’t have any ‘oh s***, oh s*** — am I doing enough?’ I know that I’m doing enough and that’s just because of maturity, I guess.

“They (the trials and tribulations) definitely improve you and makes you stronger,” he added. “I definitely enjoy this more. This camp has been a lot more enjoyable. I’m very well prepared and I’m excited.” 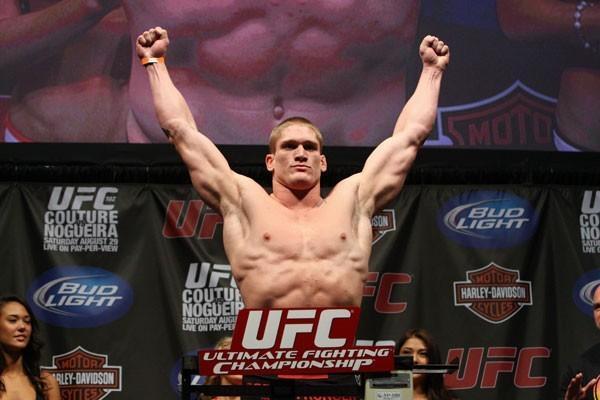 After four years on the sidelines, talking about “what comes next” and forecasting too many fights down the road seems like a fool’s errand and, as always, the thoughtful heavyweight understands the nature of the situation perfectly.

“Of course you want to be busy and use the momentum from the last fight, but I’m just going out there expecting to win,” he said, looking ahead to Saturday night and beyond. “I don’t expect to have a Greg Hardy career and get guys fed to me. I know I’m going to be fighting tough guys, but I just want to go out there and compete and show my martial arts skill set.”

As for how he sees his encounter with Hughes playing out, the man who considers himself the most exciting heavyweight on the roster full expects to give the fans in Vancouver their money’s worth on Saturday.

“I expect a war; I expect an absolute war,” said Duffee. “This guy is underrated, he’s very durable and he’s game. I expect a big fight. It’s going to be 15 minutes of intense heavyweight action.”