The Mission For Joe Solecki Is To Be Great

Joe Solecki's Mission For Greatness Is 'Not Selfishly For Glory Anymore,' But To Provide A Better Life For His Family
By Thomas Gerbasi, on Twitter @TGerbasi • Sep. 29, 2021

He’s not kidding. And even now, at 28, the lightweight prospect is one of the steadiest, most well-adjusted humans you will ever meet. He may say that he hasn’t evolved since he first stepped on to a jiu-jitsu mat when he was a kid, but perhaps he was already as close to a finished product as is possible at that age.

Yeah, it’s not the usual story, but Solecki is fine with being a unicorn in the sport, as long as he gets to do what he loves to do – compete – and then get back home to his wife Kacey and daughter Nora Lynn in North Carolina. The rest of the stuff that comes with being a highly touted up and comer with an unbeaten UFC record? He’ll pass.

“I was telling my wife, if I could fight and then I get done and my coaches get to stand in the cage and talk about what they saw and get a little bit of notoriety and get their moment in the sun, and I can go home and dump the bag of money on the table to my wife and daughter and go back to training on Monday, that's my reward,” he said.

“I love fighting, I love the training, I love the grind. Selfishly, I wanted to do this so that I could do something I love every day, but that's my reward. I don't care if anybody thinks I'm good or better than I was or worse than I was. I just want to do this and work as hard as I can and try to give back to everybody else the best I can.”

This weekend in Las Vegas, Solecki attempts to make it four for four in the Octagon when he faced Jared Gordon at the UFC APEX. It’s another stiff test for the Dana White’s Contender Series graduate, but when your first three wins in the big show are over Matt Wiman, Austin Hubbard and Jim Miller, you’re used to the deep end of the pool. 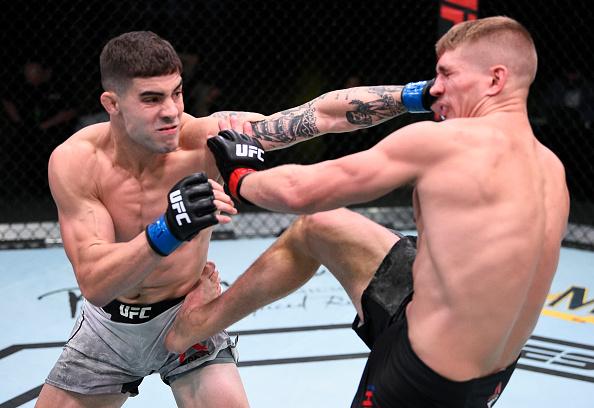 Of course, most prospects who start off like that may start believing their press clippings. Solecki is not most prospects. Case in point, his win over Miller in April, one in which he found enough to pick at to not exactly go screaming his own praises from the rooftops.

“I was looking for reasons to say, ‘Well, maybe he didn't show up that night,’” he laughs. “It was cool, but I really just wanted to get home.”

Home got a new addition last summer with the birth of Nora Lynn. It’s a moment that will alter your life in so many ways, and while Solecki was always focused, the birth of his daughter has taken that focus to new levels in the last 12 months.

“I have to be the best,” he said. “Not selfishly for glory anymore; I don't care about that. I have to be the best for her and give her the best life possible and give my wife the best life possible. And also, I have to carry myself a certain way and work as hard as I possibly can so that when she's old enough, she can see that. What a wasted opportunity it would be to take days off and to skip out on sessions or dog it when I know I can give more, and have her look back and be like, 'Man, you could have been so much better.'”

The win over Miller proved that checking out Peppa Pig, Cocomelon and the rest of the gang on television hasn’t softened Solecki, and when it’s time to work, it’s time to work. Ask him about juggling his new role with his old one, and he doesn’t see any issues. 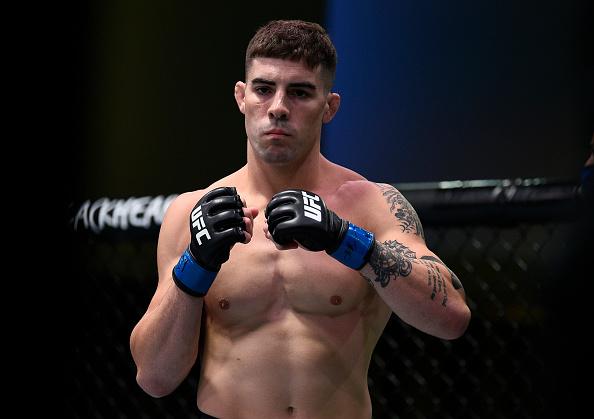 “It feels so natural; it feels much more natural than when I was early career or on the regional scene or my first UFC fight,” he said. “Looking back, I was obsessed, and I was always all over the place, but now it's like I'm a true professional because one minute we're watching TV and the next minute, snap your fingers and I'm sparring somebody.

"I don't need some magic song to get my head right, I don't need some perfect day; I've truly learned how to just flip the switch and become work dad, and then go back to being dad and husband. That's what's crazy. A lot of these nights I'm out of town training, and the guys are laughing – ‘How did you just do hard sparring in the cage and then you get out and you're blowing kisses at a phone?’ I snap out of it and snap into it, and I feel it's gonna help a lot on fight night. It's never felt more natural. I'm good.”

He's better than good, and his record at the highest level of the sport proves it. But a six-fight win streak and three UFC victories doesn’t make him feel like he’s unstoppable. The work is what will do that for him physically, and mentally, he never forgets those days on the jiu-jitsu circuit when he won no gold medals for the first ten years he competed. 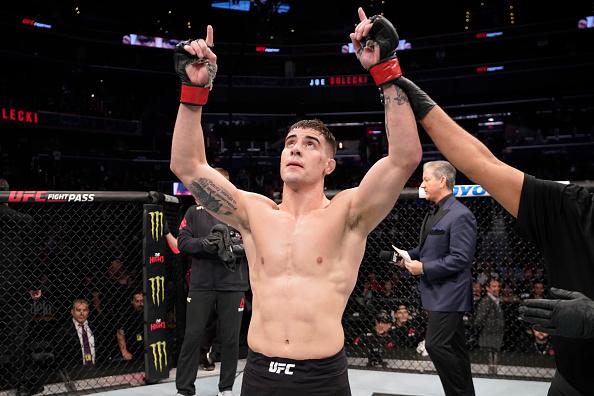 Joe Solecki celebrates his victory over Matt Wiman in their lightweight bout during the UFC Fight Night event at Capital One Arena on December 07, 2019 in Washington, DC. (Photo by Jeff Bottari/Zuffa LLC via Getty Images)

"I have to do everything I possibly can to win. I can have a hundred million dollars and ten kids and be as happy as can be, and I'm gonna still be like that. I don't know another way. I've lost so much as a kid that I don't think that hunger's ever gonna go away because I'm always gonna feel like that loser.”

Joe Solecki is no loser, in or out of competition. But he is different from the other fighters, the other fathers and, well, most of us. So is there something Solecki does to stop making the rest of us look bad?

“I have a scheduled cheat day, but I never do it when it's not scheduled, so I don't know if that's normal,” he laughs. “That's about it. There was a time in life, when I got into fighting, where I was like, 'I'm gonna be famous and I'm gonna be rich' and that lasted for a couple fights. Then I lost my first regional fight, and I was like, 'Yep, none of that matters.' It's about providing, it's about my family. When I got into this, I was 22, and me and my wife were in this together. We wanted a family, we wanted a house, we wanted to live a normal life, so this has been a mission since Day One.

"I treated jiu-jitsu the same way as a teenager. I was the only one not eating bad in high school and not going out to parties. I never did anything. Everything good in my life has come from that. God blessed me with a lot of good mentors and good discipline. It's my only skill - discipline.”