The Methodical Nature of Sean O’Malley

Successful in his return to the Octagon, Sean O'Malley compounded his growing skill set with meticulous mental training.
By Zac Pacleb, on Twitter @ZacPacleb • Mar. 26, 2020

Two minutes and two seconds. That’s how long Sean O’Malley’s highly anticipated return to the Octagon lasted. In those 122 seconds, O’Malley showed off an improved version of one of the more exciting prospects in the sport as he tidily dismantled Jose Quinonez.

After the stoppage, O’Malley just walked around the Octagon, calmer than one would anticipate after tasting victory for the first time in two years. The most he did was give the “so-so” gesture with his hand as if he was a mixture of bored and underwhelmed with his performance. But when asked, he says he wasn’t thinking of much as he strolled around the Octagon.

“I was just enjoying the moment,” O’Malley told UFC.com. “I was just very calm. I was extremely calm before the fight in the locker room. I was calm during the fight, and I was calm after the fight. I think I was just trying to keep a level head, and just stay calm the entire time.”

That demeanor is a meticulously crafted one. Although O’Malley said that mental control is something he was “getting into” before USADA suspensions and a pair of surgeries kept him out of action, the time off allowed him to dive in fully.

O’Malley said meditation helps him become more aware of his thoughts and his breathing. On top of that, he does a cold plunge every night, and he says forcing himself to remain calm while in the freezing water is a “mental battle” in itself.

“It is a practice,” O’Malley said. “You don’t just meditate a couple times and get good at it, or if you’re bad at it, you quit. It’s a practice, so I think I was doing a little bit before, and then I went through that (time off) and realized I need that more than anything, just to be able to quiet my mind and be more in control of my thoughts.”

This mental awareness is at least equally encouraging as the skill set O’Malley showed off in the fight. At 23 years old, O’Malley was fresh off a Fight of the Night performance that upped his record to 10-0, and that’s when his hype train was halted outside the Octagon.

While he waited to return to action, O’Malley didn’t rattle too many cages via social media. Instead, he worked on himself in order to make the loudest statement possible in the cage.

“I could sit online and say I’m this good or I’m that good,” O’Malley said. “I could sit there and want to say how I feel, which is I feel like I want to become world champ, I feel like I’m going to be one of the best fighters to ever live. But it’s just pointless to say that stuff when I haven’t fought in two years, so be able to go out there and do that and prove that to everyone, now people see that I’m legitimate. I’m real.

Any conversation about “Sugar” inevitably touches on the inescapable “it” factor he carries. Between his fighting style, confidence and propensity to put on a show, O’Malley’s star power is distinct.

Although he admits he’s not quite sure what that “it” really is, he does understand why he is able to capitalize on it.

“What makes it so powerful is how hard I train and how dedicated I am to this sport,” he said. “I’m going to be 26 in October. That’ll mark 10 years since I’ve started training, and it’s been 10 years of consistent training, 10 years of hard work. So, if you combine that with that ‘it’ thing, it is powerful, and it’s almost like an aura, and everyone is talking about it.”

O’Malley said he rewatches his fights often; not to harshly critique himself, though. Instead, he relishes in seeing the finished product of weeks’ worth of training.

I was just very calm. I was extremely calm before the fight in the locker room. I was calm during the fight, and I was calm after the fight. 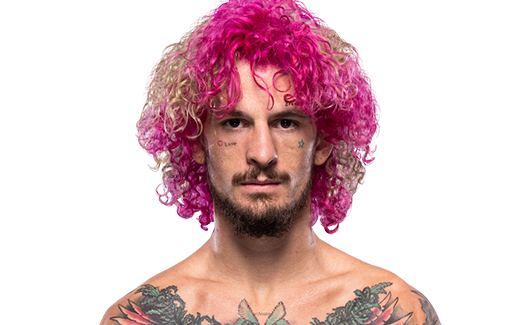 Even as one of the more popular rising stars on the roster, O’Malley is certain he is his own biggest fan and he records clips of himself on his phone in slow-motion to show other people.

“I’m like, ‘Oh, did you see what I did?’” he said. “I enjoy and love watching myself compete and do that stuff. I train so hard, and my entire life is based on that, so when I get those moments, I enjoy it. It’s like entertainment for me.”

That isn’t as much self-indulgence as it is a comfortability and confidence in the work he does to prepare himself. O’Malley is well-aware of how much social media and praise can boost one’s ego out of proportion, and he is keen on keeping a healthy amount of humility in his life. He knows where his strengths lie once the Octagon door closes, citing that his speed is “on another level” and, once his coach Tim Welch pointed it out, he realized his eyes are particularly acute while in the midst of a fight

“I started to understand, like, ‘Damn, that is true,’” O’Malley said. “I watch all of my fights. I watch all of my sparring rounds, and I study myself pretty in-depth, and I’ve been doing that for years. I think that alone, just studying myself, has helped a lot.”

Undefeated fighters often carry an aura of invincibility about them, and that’s not necessarily a bad thing. But for O’Malley, he says he often reminds himself of his own place in the world and the fleeting nature of life.

He is still 25 years old, however, and although he might not be prone to any emotional outbursts when it comes to mixed martial arts, all someone needs to do to see what that might look like is tune in to any of his streams on Twitch. He joked that playing video games is a “perfect time” to practice remaining calm but, at the end of the day, those reactions happen.

The Sugar Show’s return at UFC 248 was the end of a difficult chapter for O’Malley. For as much mental control he practices to stay in control and humble, that doesn’t mean he is selling himself short. He makes his championship aspirations sound like an eventuality, and so far, he hasn’t shown any reason not to believe him.

Until he gets those top-flight bouts, however, he’s content just to get back into a regular flow of activity and rack up more footage of himself to enjoy and improve upon. Naturally, he would’ve rather not needed a two-year absence to find the time to work on his mental awareness, but he’s content with his journey and how it allowed him the time and space to prepare for an ascent up the rankings.

“I’m definitely not perfect,” he said. “I deal with all the things, all that stuff just like everyone else. So, yeah, I feel like I’m doing a good job, but like I said, it’s a practice every day.”