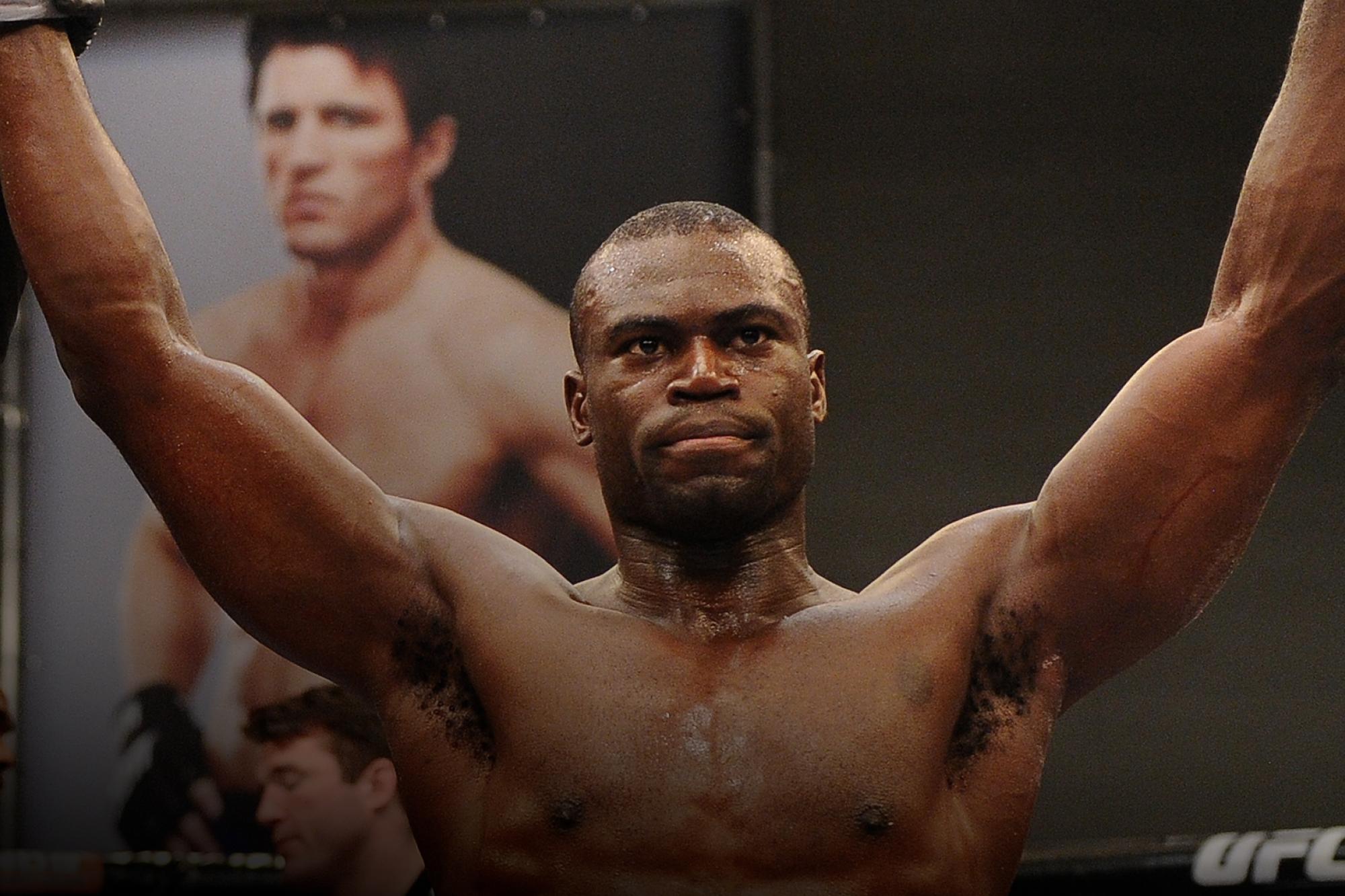 From The Ultimate Fighter House To Being On Track For A Run For The Title, Uriah Hall Is Capitalizing On The Lessons He's Learned
By Walker Van Wey, UFC FIGHT PASS • Jun. 17, 2021

Despite making one of the biggest splashes in Ultimate Fighter history, Uriah Hall’s run was an awkward one.

Flying under the radar for a short run, Hall gave The Ultimate Fighter a highlight reel KO that has eternal appeal. All that glitters wasn’t gold, however.

Instead of celebrating the knockout like 99 percent of TUF contestants may have, Hall apologized to opponent, Adam Cella, and let himself sink immediately into a feeling of discomfort.

Reality circled its way back to Hall. When he lost any budding friendships and was cast out as a social pariah, he was reminded he wasn’t there for friends, he was there for a UFC contract.

Hall made it to the TUF 17 Finale but would go on to lose to Kelvin Gastelum by split decision.

The fame from his season, in particular his wheel kick knockout of Adam Cella, would be enough to land him a spot on the UFC roster but also gave him a level of fame he could have never predicted, especially after spending weeks feeling condemned for the strike.

“People start to look at you for what you can do for them and it was just different,” Hall said. “I remember (UFC President) Dana (White) warned me when I get out of the TUF house it’s going to be crazy. I was like, ‘Yeah, yeah, yeah.’ I didn’t realize that a bunch of crazy mother******* just try and use you for stuff.”

It wasn’t just family and friends crawling out of the woodwork. Despite losing the finale, Hall found himself on a fast track to a title run, one he wasn’t ready for at all.

No one could inspire like Chael Sonnen on TUF 👏 #UFCEra pic.twitter.com/JocompbxPp

He avoided being placed in front of then-champion Anderson Silva, but after one fight to get his feet wet, he was immediately placed in front of other household names. Hall would put on strong performances before hitting a three-fight skid, eventually losing four out of five.

At that point, Hall was beginning to find himself in the “flash in the pan” conversation. But where most people would find solace in having the greatest knockout in TUF history, Hall has done nothing but glue his nose to the grindstone. With every time he’s knocked down, he’s found a way back up.

He’s fought his way back up to top 10 opponents and as close now as he’s ever been, Hall still has the same fire in his eyes to go from “TUF Knockout” guy to middleweight champion. With Sean Strickland next in his crosshairs, it’s all up to Hall.

“I don’t want to make excuses, but one thing I’m good at is not quitting if I start something,” Hall said. “I didn’t end up where I wanted to be, but I’m exactly where I need to be now. I’m on a run right now and I’m trying to get to Izzy (Israel Adesanya). He’s the guy that’s motivating me because of his style. No one has figured him out and I feel like I’m his kryptonite.”

Re-live all of TUF 17 and Uriah Hall’s complete UFC career by signing up TODAY for UFC FIGHT PASS!