The Journey To The Top Starts For Tresean Gore

Treasean Gore Has No Doubt He'll Find A Way To Win In His UFC Debut At Fight Night: Hermansson vs Strickland
By Gavin Porter, on Twitter: @ItsGavinPorter • Feb. 3, 2022

When an injury forced Tresean Gore out of the Return Of The Ultimate Fighter finale, it stung for a brief moment, but the truth is, it didn’t change a thing

At 4-0 as a pro, Gore has an unwavering belief that his destiny is to become a world champion. That was his goal when he was on the 29th season of The Ultimate Fighter and that’s still his goal today.

“My goal ultimately isn’t to be The Ultimate Fighter champion; my goal is to be champion of the world in multiple weight classes,” Gore told UFC.com. “It’s crazy because I know I got so much to do and so much work to do.”

Gore believes that he would have defeated Battle if they would have fought last year, but he doesn’t want to take anything away from what Battle accomplished.

“The dude showed up when I got injured. I would be a d******* to say he isn’t the true champ of that season,” Gore said. “I got injured and he still showed up and he was willing to get beat up that night because that is what’s going to happen ultimately. He won the show, and I don’t expect him to bring the trophy, but that would be a bonus after I beat him.”

Missing out on facing Bryan Battle in the middleweight final of the tournament wasn’t ideal, but Gore didn’t take his eye off the ball for a second. Instead, he jumped directly into rehab and physical therapy, aiming to make his return a triumphant one. The icing on the cake is that his first crack at fighting under the UFC banner would come against Battle and help settle who really was the best middleweight on TUF 29.

In the TUF house, Gore and Battle struck up a friendship that Gore values to this day. He would pick Battle’s brain on life and how to be a good family man and how to be smart with his relationships. Those lessons helped Gore lock in during TUF and will be something on his mind when the two meet at UFC Fight Night: Hermansson vs Gore this Saturday. 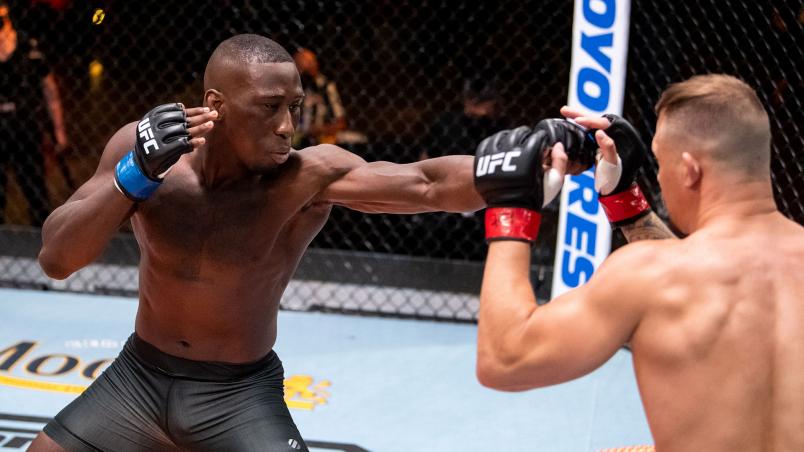 “Being around Bryan in the house prepared me to have the mentality to be ready to go and give my all in there because that’s what Bryan does,” Gore said. “But if my debut was against Kevin Holland, I would still win. If my debut was against Sean Strickland, the guy in the main event, I would find a way to win. This is just the beginning, and I don’t mean to be cocky; I’m talking this way because I believe in myself and my faith. I will be successful.”

The time on TUF helped Gore sharpen his skills and learn from UFC featherweight contender Brian Ortega and his team. Gore utilized those moments, as well as the experience gained from fighting Gilbert Urbina and Ryder Newman on the show. 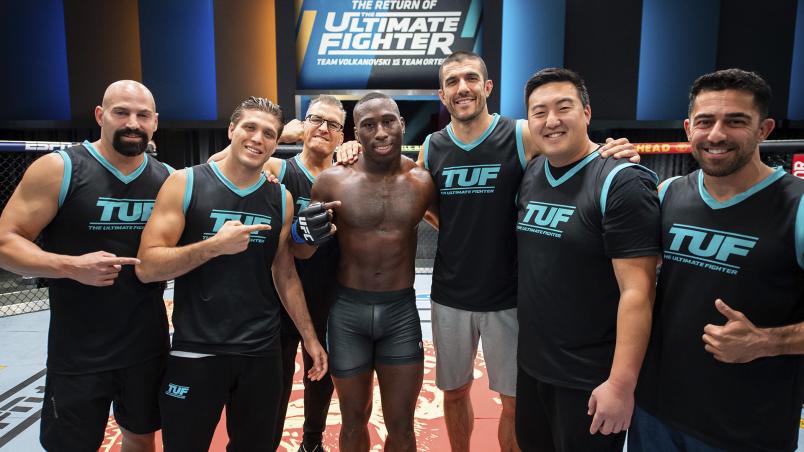 Gore exudes confidence with each statement that he makes and he knows that this fight with Battle is just the beginning of his UFC journey, one that he’s determined to start off with a big-time victory.

“I either see me knocking him out in the first, second or third or I just see me beating him up for three rounds,” Gore said. “I see him trying to find his range on me but I’m going to be shutting down his range by pressuring him and walking him down and doing what I want to do.”

“I feel like this is just beginning for me. I’m starting to get a taste of what life is going to be.”