As Fan-Favorite Marlon "Chito" Vera Gears Up For His First UFC Main Event Against Rob Font This Weekend, The Ecuadorian Believes He Was Made For The Big Opportunities
By Thomas Gerbasi, on Twitter @TGerbasi • Apr. 28, 2022

To family, friends and his growing legion of fans, Marlon Vera will always be “Chito”. But as his headlining gig against Rob Font approaches, the bantamweight contender may have to have a backup nickname as “Main Event Marlon”.

And in his first time atop the marquee in a UFC event, he’s handling all the “extras” that go along with it just fine.

“I can deal with it,” Vera said. “It's part of the job. It's something that will also let you know how far you're gonna make it. If you cannot handle the lights and the pressure and the extra work outside, most likely you're not gonna make it. I just enjoy it, keep working hard and get to the fight.” 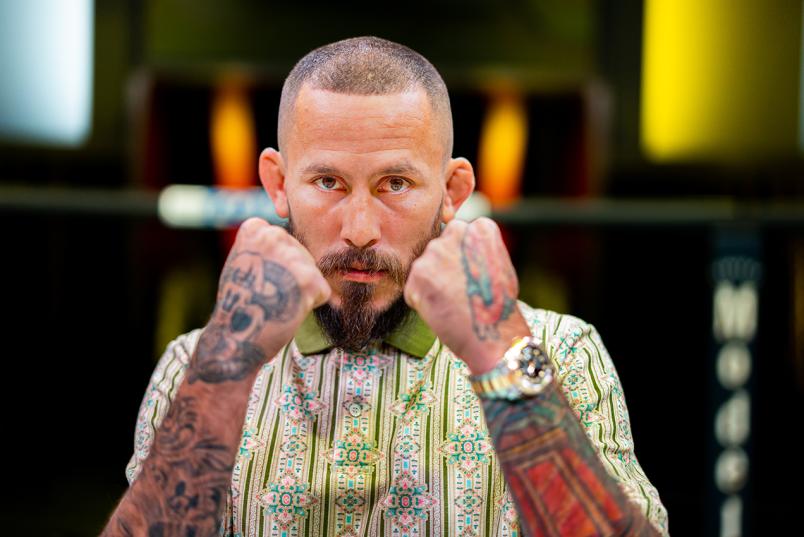 Marlon "Chito" Vera of Ecuador poses for a portrait in the Octagon ahead of his first main event at UFC Fight Night: Font vs Vera on Saturday, April 30, 2022 in Las Vegas, Nevada. (Photo by Nolan Walker/Zuffa LLC)

For Vera and his peers, getting to the fight has always been the real work. Remember, to get ready for a three or five-round match, you have to fight for (ideally) eight weeks. Now throw in added media obligations, photo and video shoots and other responsibilities, and some can’t handle that. It’s what separates the haves from the have nots in this game, and with Font having done it twice already – beating Cody Garbrandt and losing a five-rounder to Jose Aldo – the New Englander has proven that he can handle the spotlight.

“A hundred percent,” he said. “Every time I get a big opportunity, it makes sense to me and makes sense to my family. Every single moment I sacrificed, whenever I didn't show up because I had to be ready for a fight, these pay off. You can only do that through work, having a good wife behind you and a good team around you.”

RELATED: Fight By Fight Preview | The Future Of Ecuadorian MMA Is In Good Hands

You have to be able to fight, too, and Vera has that part down, winning eight of his last 10, a stretch that includes back-to-back victories over Davey Grant and Frankie Edgar. But what about the other part that turns a contender into a main eventer? People have to care, and they’re on board with “Chito”.

“It's really cool to have people recognize you and to become this,” said Vera. “Because nothing happens overnight. It does happen for some guys - they come pretty heavy with the talking and everything - but I don't compare myself to nobody. I feel all those years coming together to something good. I'm a more mature fighter and I feel I keep growing up. I don't look at other people and want what they have or want to be who that person is. I just work hard for what I want, and I go and get it.”

That determination – in the Octagon and in life – makes Vera instantly likeable. Add the fact that he has the country of Ecuador on his back when he does it, and it’s clear that doing a few extra interviews on the way to Saturday night won’t deter him from his path.

“I make sure I stay consistent, I stay ready, and I don't let the outside distract me,” he said. “That's why I like when people say, 'f**k the noise.' I don't pay attention to that.”

Not even on fight night, when the noise is at its loudest, both literally and figuratively.

“When I walk that walk and when I'm in the Octagon, in a good way, there's 13 million people on my back and I feel the energy they give me,” Vera explains. “At the same time, I'm by myself in there. I win, my team wins, my family wins. I lose, I lose alone. People that really love me and really like me, and my coach, they do lose with me. But, at the end of the day, no one wants to talk to a loser. That's why I don't feel that pressure because it is what it is. Everybody likes a winner, so I put my focus on that.” 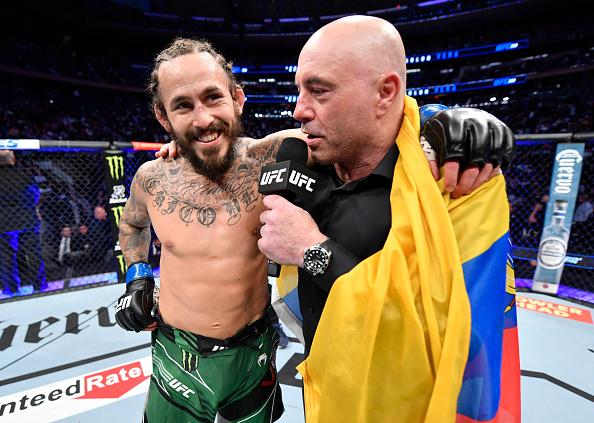 Marlon Vera is interviewed by Joe Rogan after his victory over Frankie Edgar in their bantamweight fight during the UFC 268 event at Madison Square Garden on November 06, 2021 in New York City. (Photo by Jeff Bottari/Zuffa LLC)

No talk of title shots, no UFC events in Ecuador, no post-fight celebrations. Just winning.

“First things first,” he said. “I go in there and kick this man's ass, and nothing's gonna stop me from doing that because I put in so much time and I'm so prepared for this. My only worry is to stay ready, stay sharp and don't let distractions pull me away from this.”