The Best Of Josh Emmett

Riding a four-fight win streak, Emmett has hit his stride since returning to the featherweight division.

Facing Calvin Kattar, one of the division’s most dangerous strikers, Emmett’s ferocious standup attack will make for a must-watch headliner, promising to deliver entertaining and action-packed moments.

As fight night approaches, revisit some of these memorable moments from Emmett’s career on UFC FIGHT PASS: 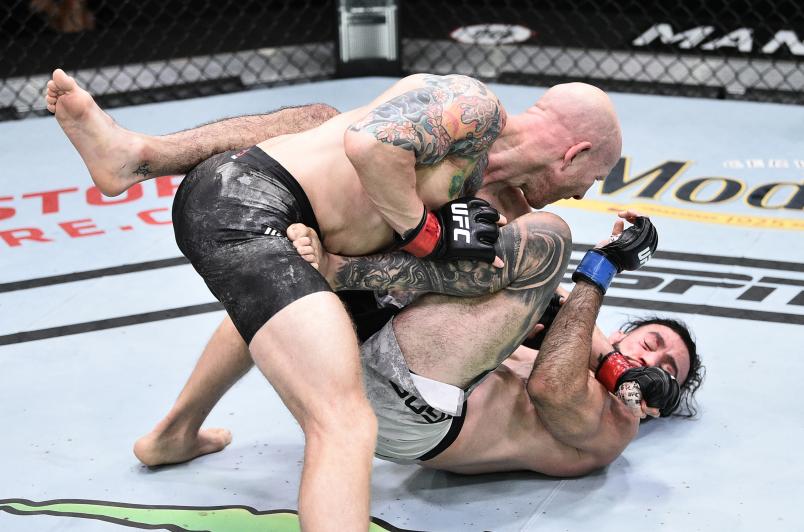 Bound to be a slugfest, Emmett vs Shane Burgos delivered on its promise to be one of the best, and most brutal, fights of 2020.

Tearing his ACL 15 seconds into the first round, Emmett began throwing and landing unrelenting strikes that echoed through a hollow UFC APEX, hoping to end the fight early. Eating low kicks to his compromised knee, Emmett’s toughness was a sight to behold.

Through 10 minutes, Burgos was able to be far more technical, returning Emmett’s single power shots with three-punch combinations. The third round, however, proved Emmett’s power was too much for even the most durable chins.

Emmett’s first of two knockdowns came one minute into the round, after switching stances and immediately throwing a straight left. Doing well to get back to his feet, Burgos landed an accidental groin strike which paused the action briefly, giving both himself time to recover from the knockdown, as well as Emmett to catch his breath and land more powerful strikes towards the end of the fight.

Halfway through the round, Emmett landed a devastating left hook that dropped Burgos once again. The dominance in the final five minutes won over the judges on the scorecards, extending Emmett’s win streak to three.

The only decision victory on this list, Emmett’s wide array of techniques and his relentless power were on full display in this co-headliner. 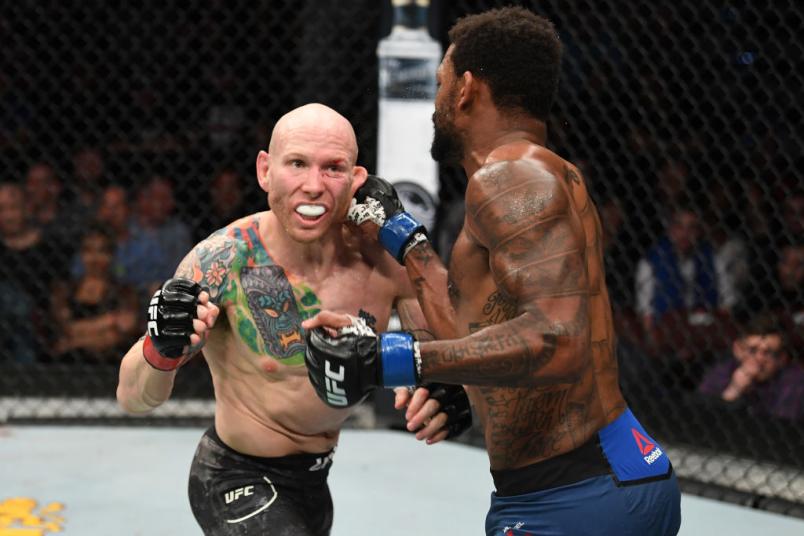 Two heavy hitters going toe-to-toe can often lead to stale contests, for neither fighter wants to engage because one costly mistake could lead to a fight-ending strike. This was true for the opening two rounds of Emmett’s bout against Michael Johnson.

Down on two judges’ scorecards heading into the third round, Emmett needed to let his hands go. Slowly finding his rhythm with under a minute to go in the round, Emmett finally landed the one strike he was looking for all night: an overhand right.

Landing flush on Johnson’s chin, “The Menace” dropped straight onto his back and was on the wrong side of one of the most devastating knockouts the featherweight division has ever seen.

Bouncing back from a knockout defeat of his own against Jeremy Stephens, this performance reverberated around the division, and was a message to the division that a heavy hitting contender was on the rise. 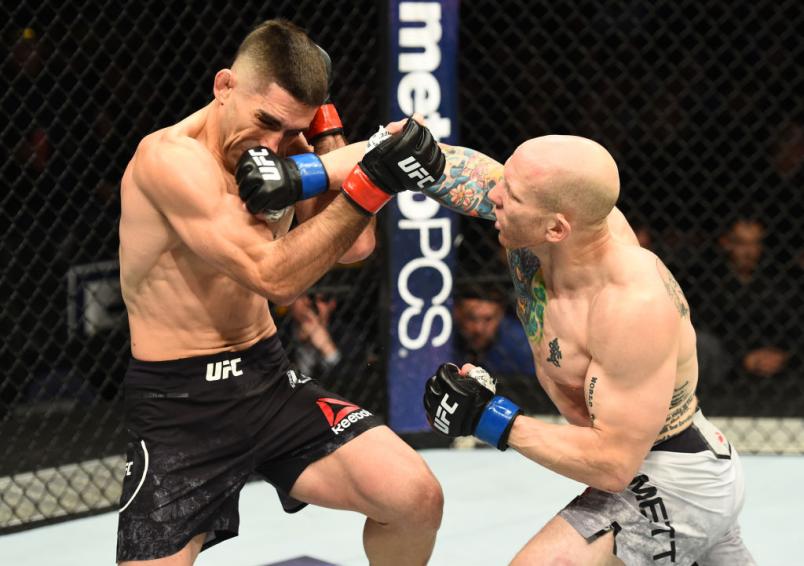 In the co-main event, Emmett provided the Winnipeg crowd with yet another jaw-dropping knockout.

Stepping in on short notice for Jose Aldo, who chose to face then-featherweight champion Max Holloway, Emmett was a clear underdog. Unranked at the time, Emmett was facing the number three contender in the division in Ricardo Lamas, who was arguably one fight away from earning a title shot.

Nerves never seemed to play a factor in Emmett’s mind, however, as he came forward with vicious intent until a fight-ending strike connected. Landing a picture-perfect left hook, Emmett left Lamas on the mat with no need for follow-up strikes.

Emmett’s speed was quickly becoming some of the best in the division, and a win against the number three contender showed that he could defeat any featherweight on the night if he can land that perfect strike. 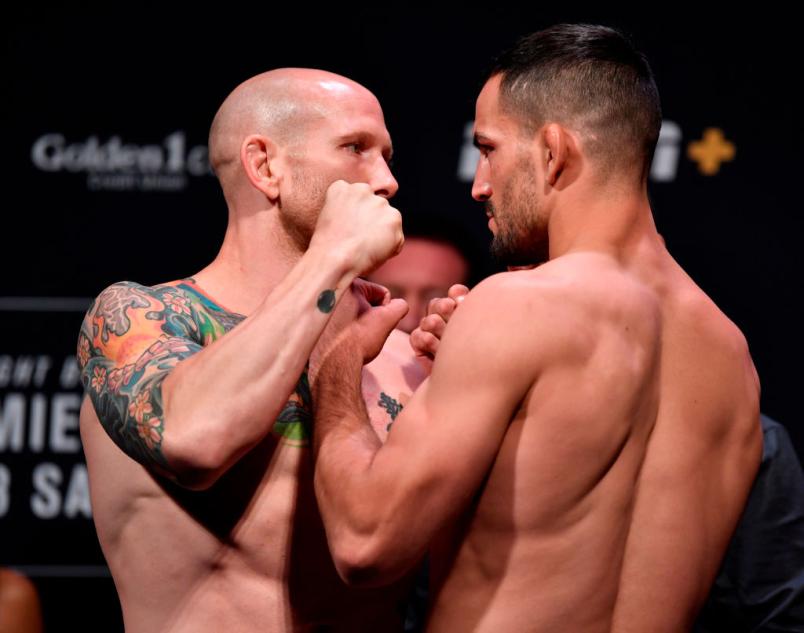 When it comes to Emmett’s punching power, describing him as having heavy hands is an understatement. At UFC Fight Night: de Randamie vs Ladd, four minutes and 25 seconds is all it took for Emmett to close the show against Mirsad Bektic in Emmett’s hometown of Sacramento.

With both fighters swinging heavy leather, Emmett only needed to use what boxers call the most important punch in fighting: the jab. Landing a short jab right onto Bektic’s chin, Emmett dropped his opponent and jumped on top of him to land powerful ground-and-pound.