Thales Leites: Everything has Changed 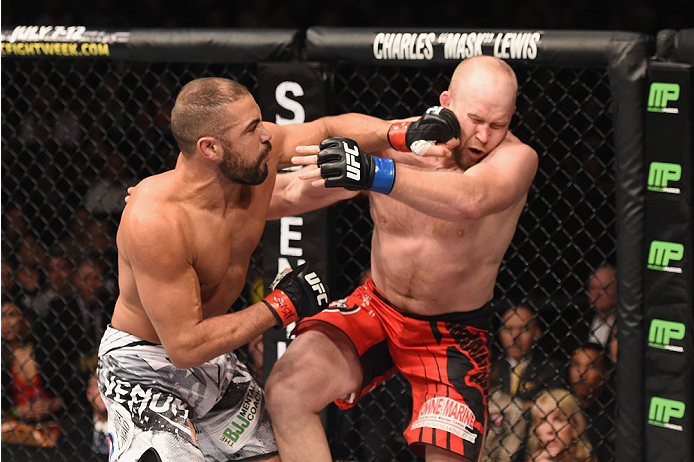 Thales Leites has always been a nice guy, a classy ambassador for the sport of mixed martial arts. Unfortunately for the Rio de Janeiro native, he used to fight like a nice guy too.

Of course, talent alone got him to an undefeated record on the Brazilian scene, into the UFC in 2006, and then into a middleweight title fight against Anderson Silva in 2009. He lost that fight, and the fight after it, and he was released from the promotion, despite owning a 5-3 Octagon record.

“Nothing happens in your life without a reason,” Leites said. “When they cut me from the UFC in 2009, at the time, of course I was upset, but I put it in my mind that I had to 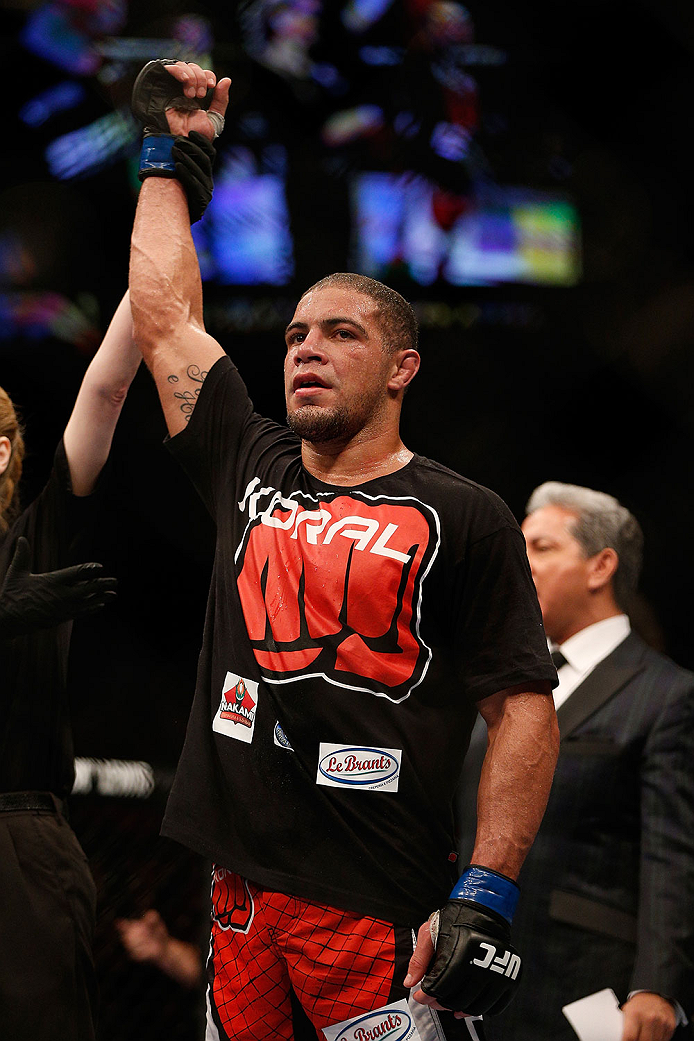 use it for the best, to change my life, to make me a better person, and then many things happened between 2009 and 2013.”

A 6-1 record for starters, and while he finished four of those fights, to a lot of people, if you’re not finishing fights in the UFC, then it really doesn’t matter. But it was enough to earn him a return call to the Octagon, and while his first two wins back against Tom Watson and Ed Herman were decisions, you could see the change in Leites’ approach to the game.

Then he knocked out Trevor Smith, then Francis Carmont, and in his most recent bout in January, he waged war with Tim Boetsch before submitting “The Barbarian” in the second round, picking up Fight and Performance of the Night honors. Thales Leites is still a nice guy, but only outside the Octagon.

“When I returned, I still believed that I could do my best, and I did it,” he said. “I still believe, and so do my teammates and my coaches, and when I had the chance to return to the UFC, I said to myself ‘this is my time, I have to do my best inside the cage.’ I couldn’t promise the victory every time, but I will fight with my heart and I will fight forward every time, and it doesn’t matter what happens, I will be doing my best inside the cage.”

And a lot of that attitude comes from the fact that for the first time in a career that began in 2003, he’s letting go with some heavy hands that he never believed in before. His coaches at Nova Uniao told him repeatedly to show off what he could do on his feet, but once fight time came, he consistently went back to his black belt level ground attack. Not anymore.

“I’ve been training my stand-up game for a long time,” Leites said. “And all my coaches, especially Andre Pederneiras, said ‘Thales, believe in your stand-up game; believe you can do it.’ I had it in my head that I knew I could do it, but something blocked me and put me to the jiu-jitsu game every time. Then I started to see a mental coach, and he started to change my life for sure. Everything changed.” 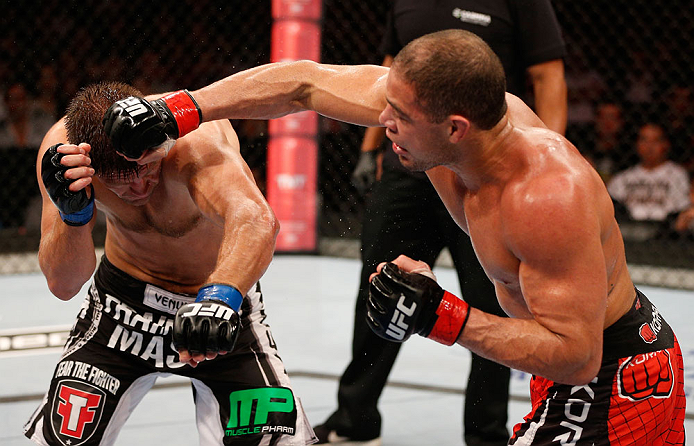 Now the 33-year-old is on an eight-fight winning streak, he’s ranked 10th in the world at 185 pounds, and he has a Saturday main event date with one of the most high-profile fighters in the division, Michael Bisping.

“This is the result of all my homework, all the training that I’ve been doing for a long time, and now I’m in the main event in Scotland,” he said. “This is it, and I’m very happy.”

It’s the kind of fight all middleweights want, and not just because it’s the main event. Bisping is a legit star in this sport, and if you beat him, it’s a big deal, because “The Count” has only lost to top-level opposition. And given Bisping’s desire to make what could be his last run at a world title, if Leites does beat him, he will be beating the best possible version of the Brit.

“I was looking for this fight for a long time,” Leites said. “Bisping is a tough fighter, and he’s been fighting in the UFC since 2006, so we are two veterans. Now it’s happening and I’m very happy because Bisping is a big name and he knows how to promote a fight. He fights forward, I fight forward and we will collide for sure.”

It’s not a title fight, but it feels like one for Leites, whose last five-rounder in the UFC back in 2009 left a bad taste in his mouth. Suffice to say that more than six years later, he’s enjoying this stay in the Octagon a lot better than the first.

“Much more than the first,” he laughs. “Everything’s changed and I’m still getting better each time. I know that I have a lot of things to improve, but I will do that. I think I’m in the best situation of my life – mentally, physically, especially mentally.”