Terrance McKinney Is Meant For This

The Lightweight Is More Than Ready To Capture The Moment
By THOMAS GERBASI, ON TWITTER: @TGERBASI • Feb. 22, 2022

Terrance McKinney is that guy.

“I'm highly competitive,” he said. “I'll shut the Playstation off if I'm losing and restart the game. I just always live by the motto, you gotta hate losing more than you like winning. That's what made me such a savage today.”

McKinney, who faces Fares Ziam this Saturday in Las Vegas, is usually quick with a smile or a laugh. There is no sense of either when he talks about his competitive nature. Maybe that’s why he’s currently on a four-fight winning streak in which all four bouts ended by first-round knockout.

The longest fight in that stretch? 72 seconds. The shortest? A seven-second knockout of Matt Frevola that introduced “T.Wrecks” to the UFC faithful last June. Yes, it was quite a year for the 27-year-old from Spokane.

“It was definitely life-changing and monumental,” he said of his 2021 campaign. “This is something every kid who fights dreams of. Who wouldn't want a seven-second debut? Who wouldn't want to meet Izzy (Israel Adesanya)? I couldn't have asked for a greater UFC first experience in my life.”

Unfortunately, it’s been over eight months since McKinney blasted his way into the world’s consciousness in less than ten seconds. He was scheduled to return in November against Ziam, but when one of his cornermen tested positive for COVID-19, the fight was pulled and rescheduled for this weekend.

“The wait has been pretty boring,” said McKinney. “You guys know me, I like to fight. I want to get at least four in this year. I wanted to get an extra one last year, but it's all good. Everything happens for a reason. It's just more time to make your spectacular finish and get the fans hyped, so it's all a blessing in disguise.”

Has he always been this mature? 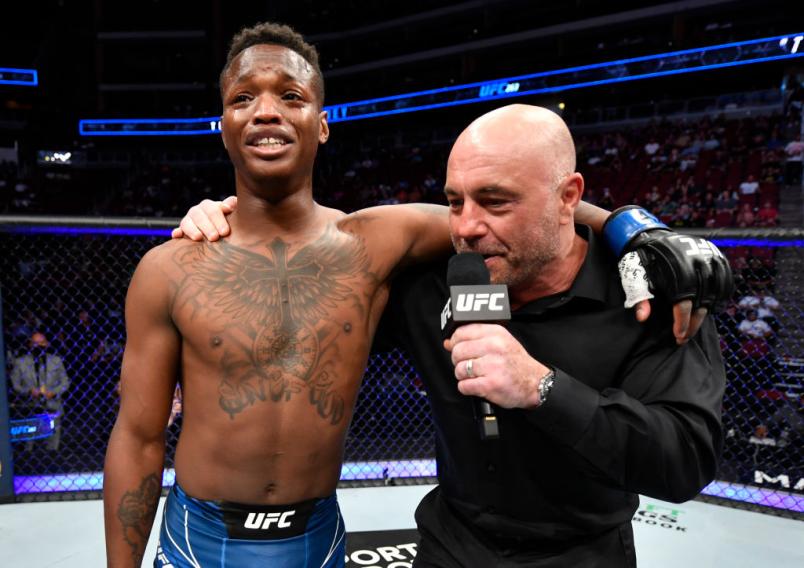 “It took time,” McKinney laughs. “I wasn't always like this. I've been through way worse. I just want to count my blessings. I feel like it's disrespectful for me to be sad. I refuse to do that.”

If you haven’t figured it out by now, McKinney is a unicorn in the fight game. So he didn’t even give himself a little while to mourn the temporary loss of his return to the Octagon

“I was sad for a second,” he said. “And then they said I was still getting paid and that frown turned upside down.”

McKinney laughs, and that’s his default mode when he’s not trying to punch somebody on fight night. That positive attitude has not just made him a fan favorite, but a favorite among his peers as well.

Order UFC 272 On Any Device

“That's huge for me because it's cool to have fans, but I also want to be cool in the fight community because these guys are my business partners, and if we can all just help each other grow, it would be huge for the fight game,” he said. “We're all just here to do one thing and we've all got our jobs, but at the same time, I love these guys. I know what they're risking in there. They're fighting in front of their families and I got a heart for that, so I'll always stand up for them when I can when the fans are talking. They don't know what it's like to put your life on the line in front of your family, your kids. So I commend any person that does that. When it's outside the cage, it's nothing but the utmost respect.” 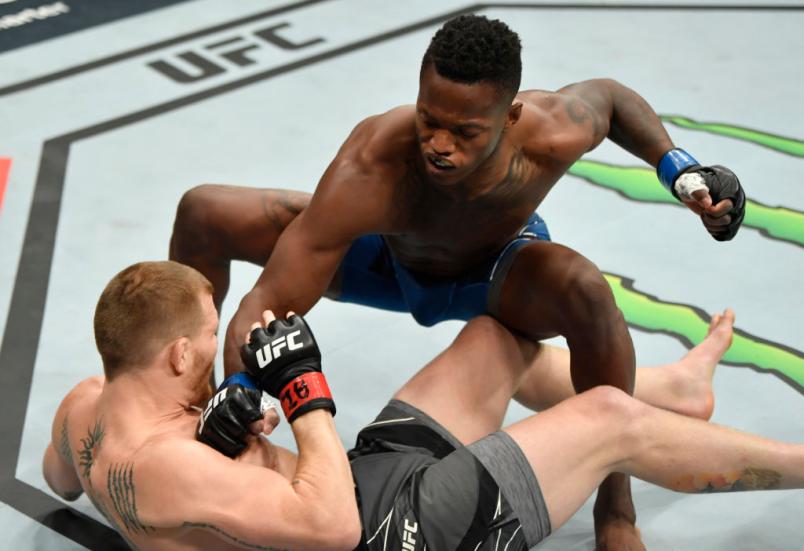 Terrance McKinney knocks out Matt Frevola in their lightweight fight during the UFC 263 event at Gila River Arena on June 12, 2021 in Glendale, Arizona. (Photo by Jeff Bottari/Zuffa LLC)

But on Saturday night, he’ll be the one who shuts the Playstation off when he’s losing. And McKinney hopes we’ll see a lot more of that guy in 2022 and beyond.

“The fans should expect four fights, four finishes - no matter if it's the first or last round - and expect Terrance to be getting a huge fight at the beginning of 2023 and getting a title mid or end of next year."

That’s a man with a plan.

“I got the steps I need to take, and the next step is beating Fares Ziam come February 26th.”