Terrance McKinney Aims To Shut The Lights Off

Coming Off An Epic UFC Debut, Terrance McKinney Is Excited To Continue Rising To The Top At UFC Fight Night: Vieira vs Tate
By THOMAS GERBASI, ON TWITTER @TGERBASI • Nov. 18, 2021

UFC fans didn’t get to see much of Terrance McKinney in his debut, but apparently, they liked the seven seconds they saw.

“In my city, I'm well known, and it's cool that when I go to different states people are still recognizing me,” said Spokane’s McKinney. “It's been cool talking to all the fans, and it's good to get the recognition that I deserve because I worked so hard for this. It's good to see it paying off.”

It paid off, all right.

Called in to replace Frank Camacho on less than a week’s notice to face Matt Frevola at UFC 263 in Glendale, Arizona, McKinney halted the New Yorker in a lightweight record seven seconds, and just like that, a star was born.

Maybe that’s why “T.Wrecks” appears to be in a continuously good mood. But is he the happiest man in the UFC?

He has every right to be happy, not just because of his monumental debut in the big show, but because of what it took to get here. There was the well-documented story of a battle with drugs that saw his heart stop twice in 2015, his comeback from that to become a top MMA prospect, only to have his first shot at the UFC dashed by a flying knee from Sean Woodson on Dana White’s Contender Series in 2019. Add in a follow-up loss to Darrick Minner, and a lot of people would have called it a day.

McKinney moved forward, happy to be alive and determined to reach his mark, all the while inspired by the journey of his mother, Kitara Johnson. 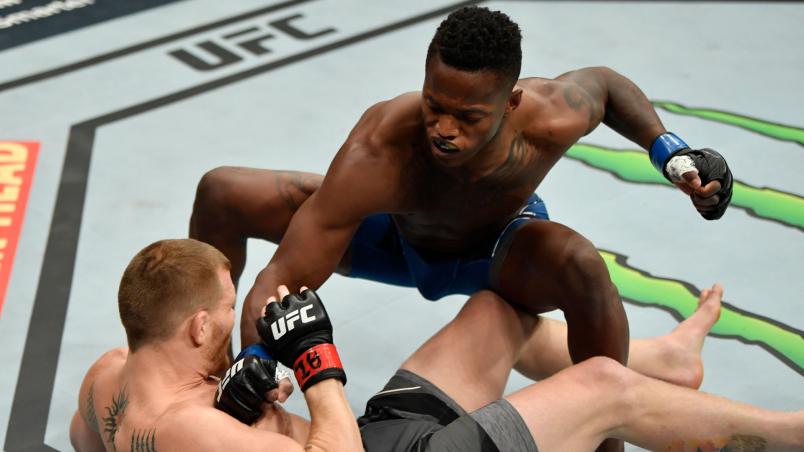 “She definitely went through more hell than me,” said McKinney. “Stabbed in the neck, hand broken with a bat. I know I'm tough, but damn. And since I was watching her get her hand broken with a bat out the window, she didn't even cry because she didn't want me to see her crying. My mom's a warrior. And I refuse to not be a warrior for her. She does so much for me, I'll never be soft with her, and I'll never give up, just because of all that she's done. And I know what she's been through.”

Needless to say, no one was happier than mom when her baby boy made it to the UFC and then went viral for all the right reasons.

Mom, who left gang life behind to become a sergeant in the United States Army and is currently a motivational speaker and Chief Development Officer, is expected to be in Las Vegas this weekend to see her son’s second UFC appearance against Fares Ziam. And yeah, the world is looking for another knockout from McKinney, and he aims to deliver.

“No matter what, we're searching for the finish,” he said. “If it's the third round, second round, I'm trying to get bonuses. Even when I lose, I'm trying to be like Justin Gaethje. I want people to be excited when I fight.” 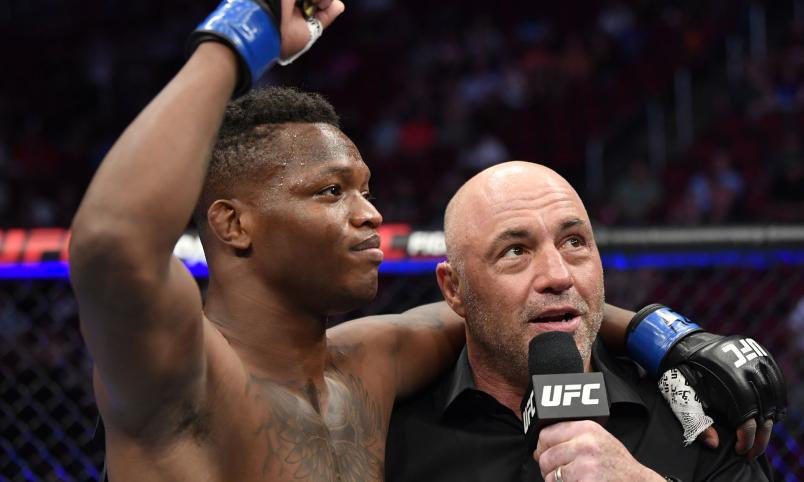 That may be a given already. And if the seven-second win over Frevola wasn’t enough, consider that in his three pre-UFC bouts in 2021, he won in 16, 17 and 72 seconds. Excited yet? Regardless, McKinney doesn’t feel any pressure.

“No, man, I'm just having fun out there,” he said. “If you beat me, you gotta put me out. That's the only way. And if you can't knock me out, you're dead. I know once I touch the chin, it's gonna be lights out if it's clean.”

What a beautiful thing it must be to have that in your back pocket, and the 27-year-old wouldn’t disagree. As for when he knew he had a little bit more on the fastball than most, that came early.

“When I started training, before I even got technique, people always told me that I hit hard,” he said. “I think it's more that I'm really fast and I'm accurate. I've always been accurate with the punches because I grew up fighting and wrestling. I always knew I could at least make my punch land where I wanted it to.”

Not bad for the knockout artist who grew up in wrestling and has more wins by submission (six) than knockout (five). But hey, don’t let the truth get in the way of a good story, and the truth of this story is that McKinney is a finisher, no matter how he gets it done. And when you get the job done like that, you move fast. How fast?

“I'm looking to break the rankings and be in the Top 10 within six months, guaranteed,” he said.

If he can pull that off, it’s another reason for him to keep that smile on his face. Another? He’s simply having fun.

“I think what helps me is I've already been knocked out, I've already been submitted, so what do I have to lose, what do I got to care about?” he said. “I already experienced it all. Now I can just have fun. There's no pressure - just stay on the feet and I gotta come out there and perform, which is nice.”

Mom will be happy, too. But her appearance at the UFC APEX does come with a warning label.

“You're gonna hear her through the whole building,” McKinney laughs. “I gotta make it quick. I ain't trying to get embarrassed out there. It's a small room.”