Teixeira is Still a Fighter First

It’s a story that never gets old, no matter who it applies to. In the case of UFC light heavyweight Glover Teixeira, when he arrived in the United States from Brazil in 1999, it was with the clothes on his back, a few dollars in his pocket, and an uncertain future. Today, he’s a family man who owns his own gym, he’s one of the premier 205-pound fighters on the planet, and as cliché as it may sound to some, he’s living the American Dream.

“If I had to stop fighting and live the life I’m living now, I would be happy,” he said. “I have my dream life right now. I go to the gym, I make my money in the gym, eventually I’ll be making more when I put my time into it, I have my nice house, and I made it like you said, the American Dream. But I still have my dreams. I still have a lot to accomplish.” He gets back to business on Saturday against Ovince Saint Preux in Nashville. It’s a high-profile main event against one of the division’s rising stars, but the 35-year-old Brazilian isn’t showing up to be a stepping stone for OSP in his hometown after a two-fight losing streak. 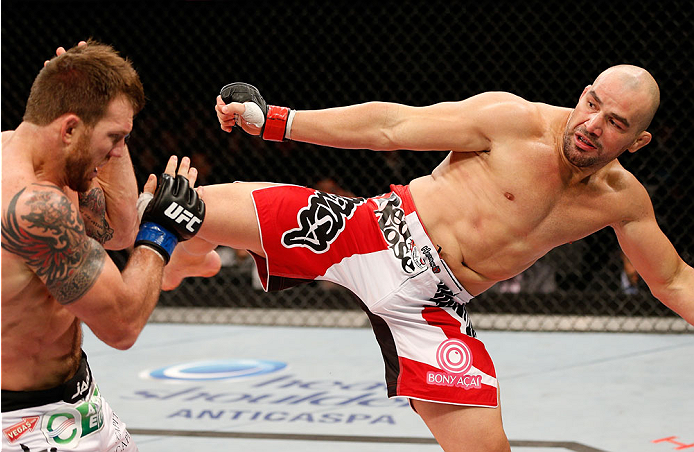 “I don’t know what’s gonna happen in this fight, but I feel like I’m in the best shape of my life,” he said. “You hear this from a lot of fighters, and you never really hear me saying that before fights. But this is it, man. I feel good for this fight. And I can say whatever I want, but August 8th is the time to prove it. Regardless of what happens in the fight, you will see a different Glover Teixeira.”

The old Teixeira was pretty damn good, so to see a new and improved version should be something. But as the veteran points out, he isn’t reinventing the wheel, just sharpening his tools both technically and when it comes to his weight and conditioning. It was that weight cut for his October 2014 fight with Phil Davis, a bout which he lost by unanimous decision, that prompted him to make some changes.

“I was training really hard for that fight with Davis, but I didn’t really care about my diet,” he said. “I changed what I had to change. I always cut a lot of weight, but I was winning all the fights even though I was cutting like 25-30 pounds. There’s that saying, you don’t fix what’s not broken. (Laughs) And I never changed it.”

Now he has, and with the Glover Teixeira Training Center now open in his adopted hometown of Danbury, Connecticut, he’s assembled a team that has given him a jolt of fresh energy 13 years into his pro MMA career.

“I walk around lighter and I have this new coach (Fernely Feliz) right now that’s an incredible coach,” he said. “You already know how to throw the right hand and the left hook, but you’re sharpening it up, you’re getting the speed going, you’re doing different setups, and I’m always learning. And that’s always fun. No matter how good you are, even if you just do jiu-jitsu every day, and only jiu-jitsu, you’re gonna learn a position here and there every day. It’s like everlasting learning.”

And despite the losses to Davis and in a world title fight against Jon Jones in April of 2014, Teixeira doesn’t chalk those defeats up to being distracted as his gym was being put together. It’s not his style, and as he points out, it won’t be until after his fighting days are over that he’ll be putting all his time into the facility.

“The gym is small,” he said. “I started small because I don’t want too much of the responsibility right now because I’m still a fighter, and fighting is still my main job. But things are going good. I have some people here working, and out of camp I always love to be there with the kids and the teenagers. I always talked about the gym and my plans to do it later on when I would stop fighting, but I found this place. My wife was doing the advertising for the gym and I have a couple people there teaching, but I’m not really putting my time into the gym that much yet, and I never did. So I’m not blaming those losses on the gym at all. It was one of those things.” 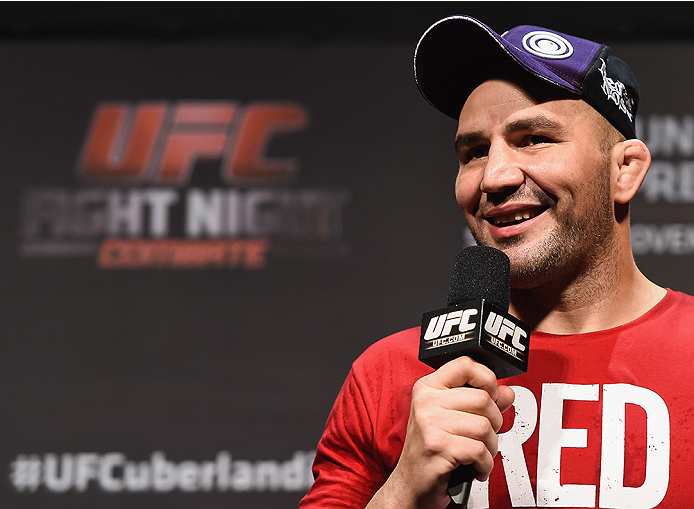 of reasons why that streak didn’t continue, even if only for their own sanity. Teixeira isn’t like that. He’s old school to the core, well aware that with four-ounce gloves against another highly-skilled and well-trained athlete, anything can happen. And sometimes you win, sometimes you lose. It’s the fight game. You just strap on the gloves and prepare for better days in the next one.

For Teixeira, that next one was supposed to be Rashad Evans, then Alexander Gustafsson. Now he’s got Saint Preux, and if that changes before tomorrow night, he’ll still be ready. He’s a fighter.

“I’ve been training for more than 12 weeks now, but things can change tomorrow,” he said. “Look at what happened with Jose Aldo and (Conor) McGregor. So you’d better be ready. And whoever steps in there, I’m gonna fight. I’m ready to step into the Octagon and fight with anyone, and I’m excited to see what’s gonna happen. That day over there is the test.”