Teixeira reflects on move to U.S. at media day

BROOKLYN
As one of five natives of Brazil competing on Saturday’s UFC 208 card at Barclays Center, Minas Gerais’ Glover Teixeira is proud to wave the flag for his home country when he enters the Octagon but, at the same time, he doesn’t want to neglect a mention of the place that has taken him in and launched him on his mixed martial arts career.

“To tell the truth, I live an hour away from here, so I feel like I’m home too,” Teixeira said of Danbury, Connecticut, where he has lived since 1999. “A lot of people that I know are coming down. I don’t how many are gonna be here, but at least 50 people have said they’re going to be here for the fight and I think it’s going to be even more for the weigh-ins on Friday." 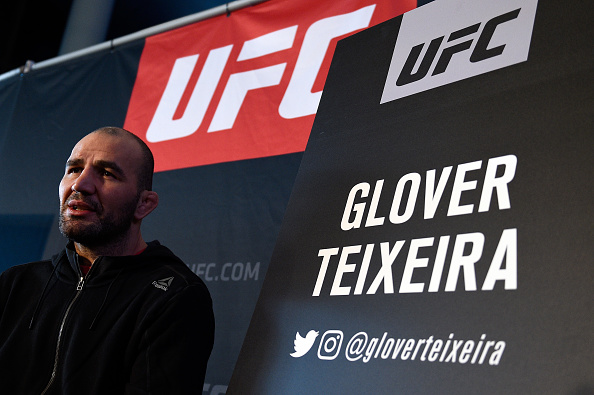 It’s the American Dream in four-ounce gloves and short pants. A young man comes to the United States, makes a life for himself, starts a family, learns a trade that has made him one of the top light heavyweights in the world and launches his own business.

“It was tough at first because you miss your family and miss your culture a little bit, but I embraced this country for all the great opportunities that it gave me,” he said of his early days stateside, where he learned jiu-jitsu and MMA and fought his first nine pro fights.
RELATED: Teixeira visits Mike Tyson's old gym

Nearly two decades later, there’s a gym with his name on it in Connecticut and plenty of summer barbecues. But the 37-year-old, who faces Jared Cannonier this weekend, never forgets where he came from.

“The reason I’m fighting is because I started here,” Teixeira said. “I never had the opportunity to fight in my country because I lived on a farm. So it’s easier to embrace something that helps you. It (living in the U.S.) helped me to grow. It doesn’t mean I don’t love Brazil. I love Brazil, but this country also gave me a lot of opportunities.