Teixeira got his wish, now is time to deliver 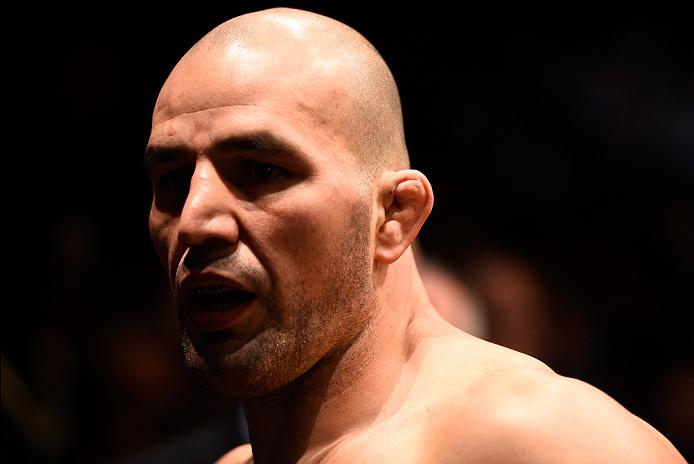 When it comes to nicknames, it’s not easy being a Brazilian fighter. For every “Phenom” or “Spider”, there’s a “Napao,” aka big nose, or “Cara de Sapato,” aka shoe face. Yet one fighter who has dodged that bullet is Glover Teixeira.

“A nickname just never got stuck with me,” the light heavyweight contender said. “But I’m cool with that. It’s good. For you to have a nickname, you have to have somebody give it to you. You can’t make your own nickname.”

Maybe nobody was brave enough to saddle Teixeira with an insulting nickname. The Sobralia native, who faces Anthony Johnson in the UFC 202 co-main event on Saturday, gives off that ultra-serious, intimidating vibe, but at the same time, he was one of his sport’s true gentlemen. That was never more evident than in April, when he scored a devastating first-round knockout of Rashad Evans.

It was a chilling finish, and when it was over, Teixeira didn’t run around the Octagon, jump on top of the fence or do backflips. He was respectful of the situation and his opponent, and that’s just the way he operates.
RELATED CONTENT: Making Glover Teixeira - From urban legend to UFC star | Fighter bio | Matchup with "Rumble" Johnson

“Rashad’s a great guy and I’m a guy who takes this as a business,” he said. “It’s kind of like I already know that I’m going to win. I don’t have to celebrate. I remember Paulo Filho told me once that Carlson Gracie used to get mad at those guys when they celebrate after they win. Some guys, they celebrate so much, and he’s like, ‘Why are you celebrating so much? You thought you were going to lose? That’s why you’re so happy after you win?’ So before the fight and after the fight, I’m just calm. I don’t celebrate much. It’s not that I wasn’t happy. I’m really happy with the performance and winning the fight, but it’s just my style.”

The victory was the 36-year-old’s third in a row, and while it didn’t put him in a title fight against light heavyweight champion Daniel Cormier, he got the next best thing against number one contender Johnson. It was also a fight he asked for while in the Octagon following his win over Evans. And if you didn’t think Teixeira’s no nonsense demeanor did enough to set him apart, calling out “Rumble” certainly did the trick.

Only Teixeira can make a call out sound classy while having it make all the sense in the world, but that’s his way. And if it seems like everything is coming up aces for the Brazilian as of late, that’s accurate. About the only thing not on his side is that this summer training camp has kept him from the usual epic barbecues at his Connecticut home. 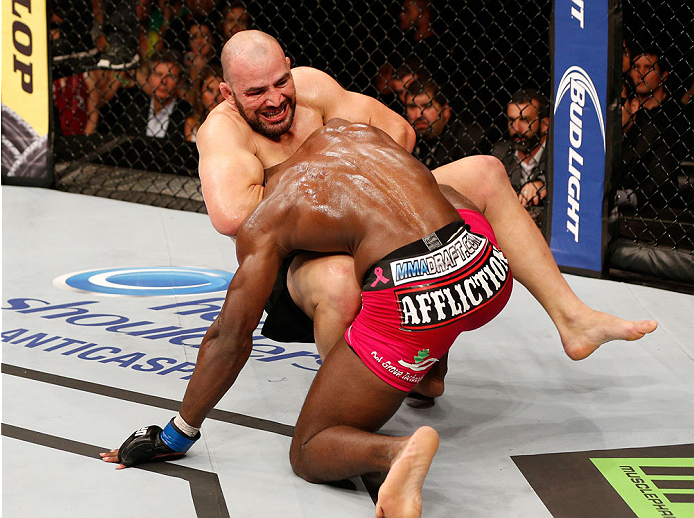 “I had to stop a little bit, of course and focus for the fight,” he said. “Five, six weeks before the fight, no barbecues. I do grill steak, but no big parties.”

So is the most popular man in Danbury not so popular among his friends anymore?

“They understand,” he laughs. “They know I have to focus, and when I come back from the fight, it’s even better.”

Call it Christmas in August once he gets back, then.

“A fighter lives like that,” Teixeira said. “We don’t have holidays, we don’t have time to celebrate birthdays. We just have the week after the fight. That’s the week we celebrate.”

Teixeira hopes he will be celebrating a win as well.

“Chuck (Liddell) used to tell me a long time ago, ‘You’ve got to fight everybody,’” he said. “Anthony Johnson is a hard fight, he’s no joke, but it’s a fight I need to win to get more confidence to get to the title and become champion. My goal is to be the champion and I have to fight those tough guys.”