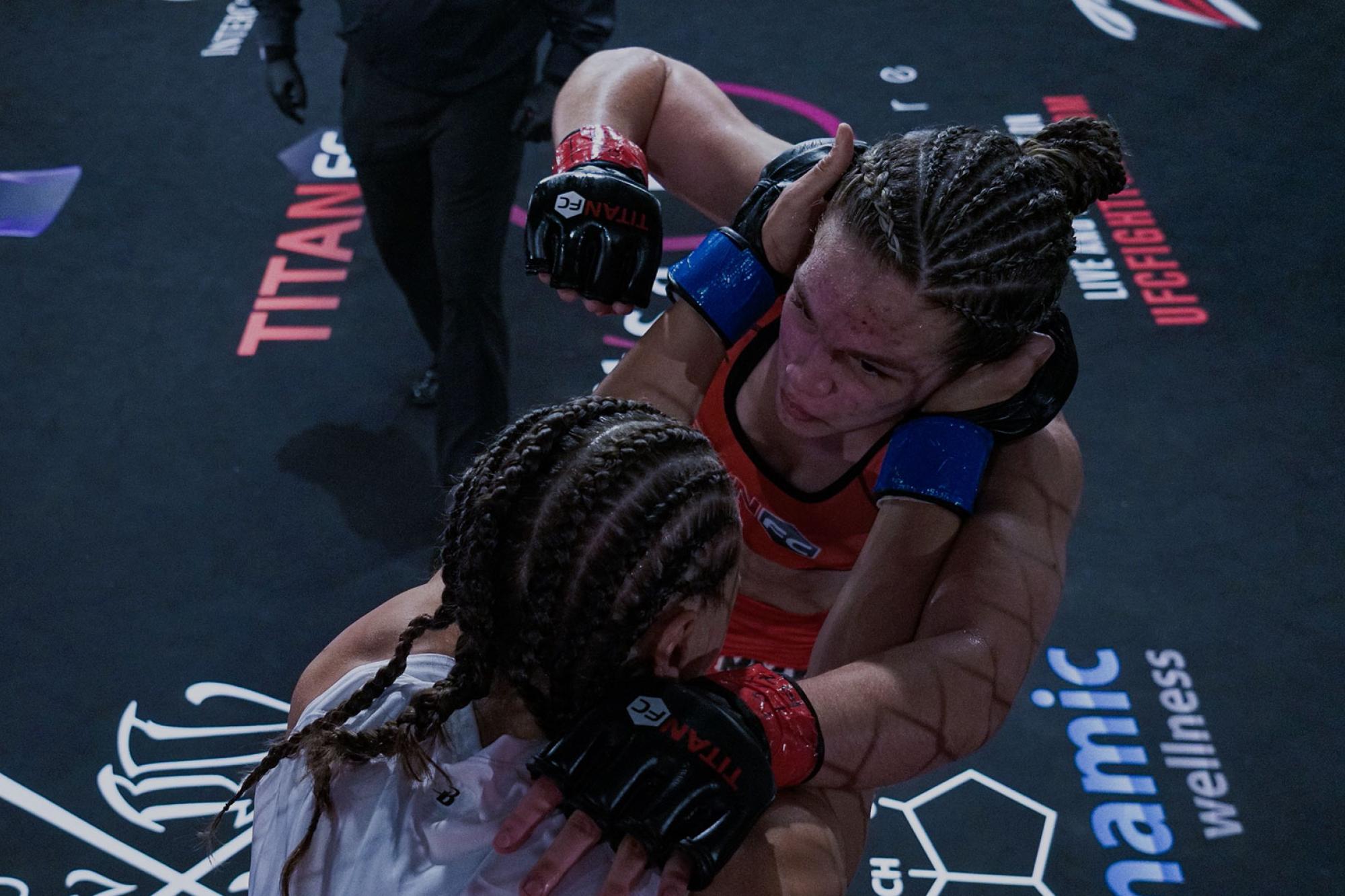 After tearing through the amateur scene in Brazil, Martins made the transition to professional MMA and looks to follow in the footsteps of UFC FIGHT PASS’s other teenage standouts, Bella Mir and Chase Hooper, by going 2-0.

Like Mir and Hooper, Martins has now centered her lifestyle around combat sports for so long that she has completely forgotten how unique it is to physically dominate opponents decades older. In fact, the days of having opponents and training partners her own age seems like ages ago.

“My last fight in Brazil I was 15 and the girl I was fighting was 24. My first pro MMA fight here, I was 18 and my opponent was 28,” Martins said. “A long time I’ve been fighting without girls my age.”

Growing up as a Muay Thai fighter in Brazil, Martins recalls seeing Mike Brown win the WEC title and other WEC events when she was about ten, but she didn’t develop the MMA bug until later. When she began taking amateur fights and made her mind up that she wanted to make a career out of MMA, her parents didn’t panic; instead, they made one of the biggest commitments possible to get behind their daughter’s dream and uprooted to America.

“My parents said, ‘Evelyn, we’re going to be living your dream, we’re here to support you. We’re going to do whatever is best for you,’” Martins recalled. “I told them I wanted this from the beginning. I actually started fighting for this in my amateur fights. I was 12 years old so when I told them when I was 15 that I wanted the experience for MMA, and my dad and my mom right away trusted me.”

Martins shook her “striker first” mentality and began taking classes at American Top Team. With a goal of becoming just as dangerous on the ground as she is on her feet, she has already competed in grappling matches and made herself right at home in the American Top Team family. Seeing some of the biggest faces in MMA on a daily basis is just normal life for the 18-year-old.

“Over there I got a chance to train with a lot of great girls. I’ve been doing a couple training sessions with Amanda Nunes,” Martins said. “It’s not weird for me. I just have the greatest opportunity to learn from them. I think it’s great for me.”

With a chance to go 2-0 just over the horizon, Martins explained that with the help of ATT she’s already as comfortable on the ground as she is on the feet. Her well-rounded skillset at a young age should come as a threat to everybody in the regional scene, and instinct and coaching has now taken over, making sure she isn’t dependent on one discipline or strategy.

Although she’s focused on the task at hand, Martins has laid the foundation for a promising future, and if it all comes to fruition, she’ll likely become a household name sooner rather than later.

“In the name of Jesus, I’ll try to get into the UFC by next year,” Martins said. “If everything works out in my second fight, my third, my fourth and my fifth fight, of course I want to have a chance in the UFC.”

Catch Martins and the rest of the Titan FC crew at Titan 67, Friday February 12 at 4 pm PT ONLY on UFC FIGHT PASS!