Tecia Torres Is Confident This Is Her Time

UFC Veteran Strawweight Tecia Torres Feels Like She Has Put Everything Together To Make A Run At Strawweight Gold
By Maddyn Johnstone-Thomas, on Twitter @MaddynThomas • Apr. 7, 2022

Tecia Torres is confident that this is her time.

The 32-year-old strawweight fighter believes she is peaking, sitting at the right age, in the best shape she has ever been before. Torres won three straight fights, most recently against Angela Hill in August, after losing four in a row.

“I think that there’s always a right time for everything; everything happens for a reason,” Torres said. “Going through those fights, I was able to fight the best in the world, champion after champion. Granted, I didn’t win, but nothing happened to me in the fight, it was just little things I could’ve done better to take more advantage of the fight. I’m just excited for this next opportunity.”

Torres sits as the No. 7 ranked strawweight in the world, and being able to be confident in her abilities inside the Octagon is one of the main reasons why she has been able to flip things around, securing recent victories over Brianna Van Buren, Sam Hughes, and Hill.

“The biggest thing that’s changed over the past few years, over my last three wins, has been my self-confidence,” Torres said. “I had a lack of confidence in the fights where I had a couple losses in a row. I thought highly of my opponent, too highly, and not highly enough of myself. Now I’m maximizing myself and minimizing them a little bit.”

Her next big test comes in the form of No. 5 ranked strawweight Mackenzie Dern at UFC 273. Fans last saw Dern in her main event against Marina Rodriguez in October, where she fell via unanimous decision.

The Brazilian jiu-jitsu champion is not one to brush off lightly, with seven wins coming by submission and six first-round finishes. Torres acknowledged how Dern has evolved as a fighter, specifically pointing out her improvements in boxing. But on the other hand, Torres doesn’t believe the 29-year-old is at her level. 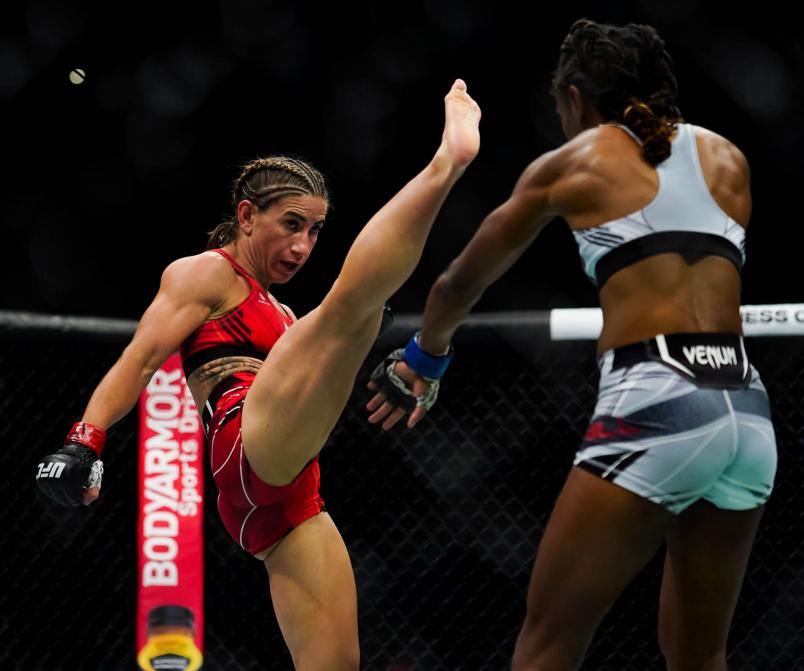 And while on paper this matchup may look like striker vs. grappler, with Torres being a four-time kickboxing champ, nothing is promised when the Octagon doors shut.

“In the Octagon, anything can happen; this is an MMA fight,” Torres said. “We start standing so she has to get through my striking, get through my wrestling before it can ever get to the ground. It’s going to be exciting to see where we both take the fight. I believe in everything I have.”

Not only is this an exciting matchup for Torres, but also for her main training partner Raquel Pennington, who stepped in on short notice to fight bantamweight Aspen Ladd. The two are partners in life and wins for both could propel them into the top five.

“I think it was a week and a half ago when Raquel told me that she was fighting on the same card, and I was like, ‘Oh, really who?’ and she said, ‘Aspen,’” Torres said. “That’s the fight she really wanted, to fight the winner of Aspen/Irene (Aldana), so it worked out well. She had been training hard. I just told her, ‘Stop training so hard, you don’t have a fight,’ and three days later she got the call, so it was kind of cool.” 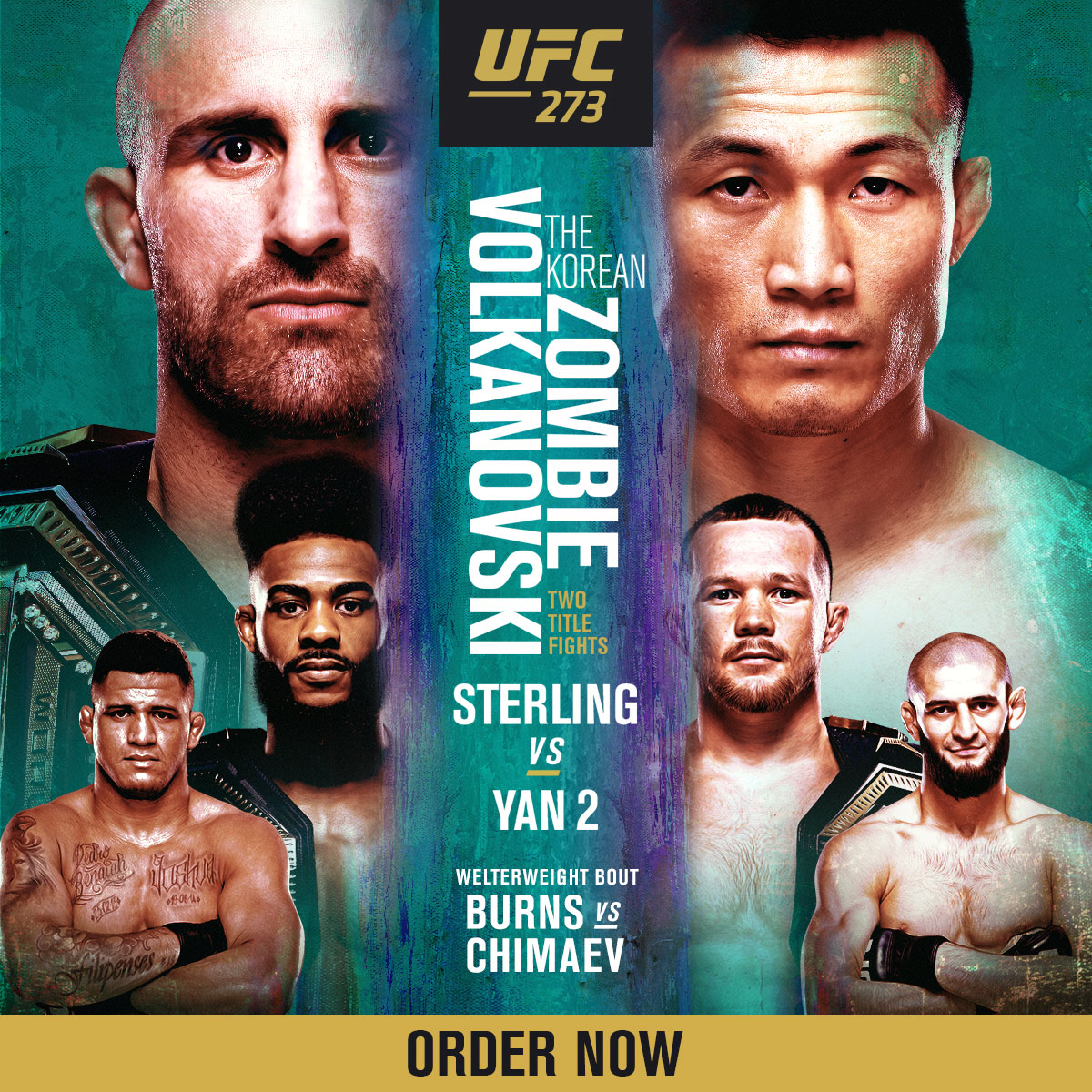 Torres knows the implications that come with a victory this weekend. A statement finish could put her next in line for a title shot. However, she knows a decision victory might require her to take one more fight before a shot at the belt.

Either way, “The Tiny Tornado” has victory in her sights.