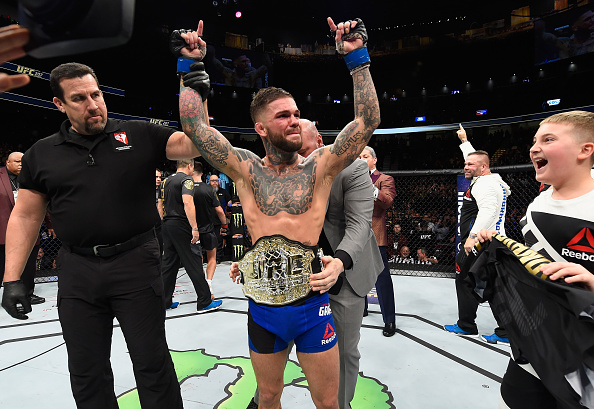 Over the course of the last decade, very few teams can boast as much prolonged success as Team Alpha Male, the Sacramento fight camp founded by Urijah Faber that has produced a steady stream of elite prospects and perennial contenders dating back to the days of the WEC.

While some of the fighters that helped establish the team as a powerhouse in the sport have moved on to the next phase of their careers, the future of Team Alpha Male has never been brighter.

“Our room is the toughest room in the world,” said Danny Castillo, who transitioned into a coaching role following an eight-year career that saw him compete at lightweight 22 times in the WEC and UFC combined. “It’s a great chemistry because even if you don’t have a fight going, you have to be in there for your teammates so, in turn, everyone stays in shape year-round. 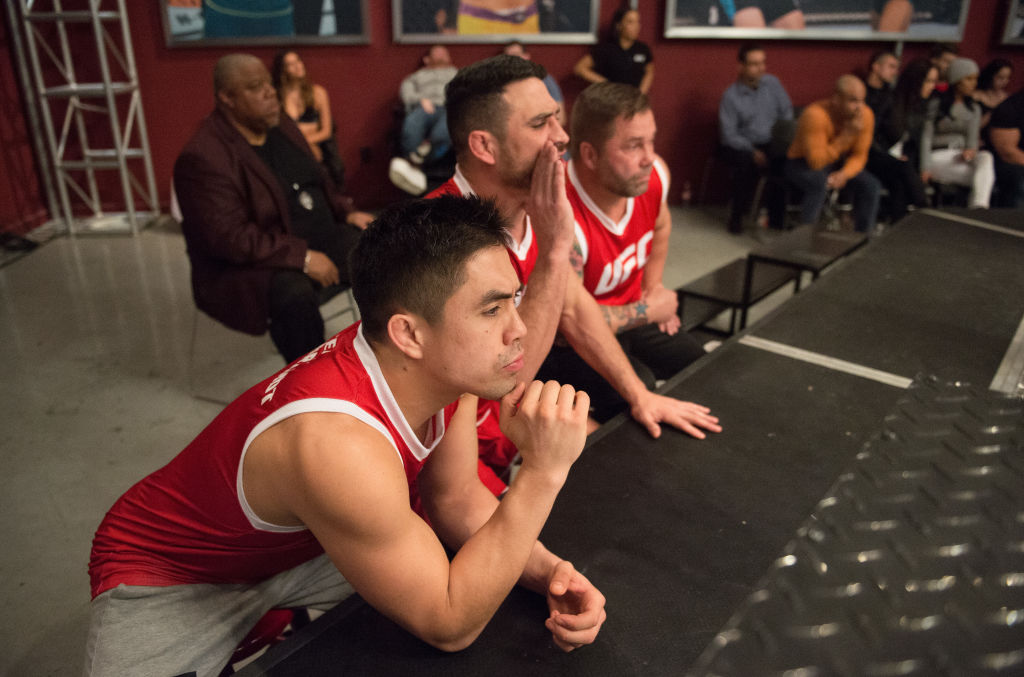 “I think that’s why we’ve had so much success as a team: everyone cares about everyone else on the team. It’s never been about one person on this team; it’s been about everyone. As long as we keep that philosophy as a team, we’ll continue to bust out champions and continue to be the best team in the world like we have been for the last decade.”

From the time he competed alongside Faber, Joseph Benavidez and Chad Mendes in the little blue cage of World Extreme Cagefighting to now, there has rarely been a time when Team Alpha Male didn’t have representatives stationed near the top of the lightweight, featherweight and bantamweight divisions.

Two fighters from the gym – TJ Dillashaw and Cody Garbrandt – each broke through to claim UFC gold in the 135-pound ranks and will battle for that title in a highly anticipated championship grudge match at UFC 217 on November 4 at Madison Square Garden.

“There’s no two ways of looking at this thing: this is one of the most important fights in the history of Team Alpha Male and we’re not shying away from it,” said Justin Buchholz, the raspy-voiced, most outspoken member of Alpha Male’s triumvirate of fighters-turned-coaches alongside Castillo and former Ultimate Fighter winner Chris Holdsworth.

“We know the pressure and Cody rises to the pressure and we’re going to be there as a team. We’re going to win in Madison Square Garden, against TJ and there couldn’t be something more on the line than this. TJ left the team. He said we’re not good enough for him. He said his success was because of Duane (Ludwig) or whatever he’s doing in Colorado or whatever and we took offense to that, obviously, but this fight right here settles it. Did he make the right decision?” 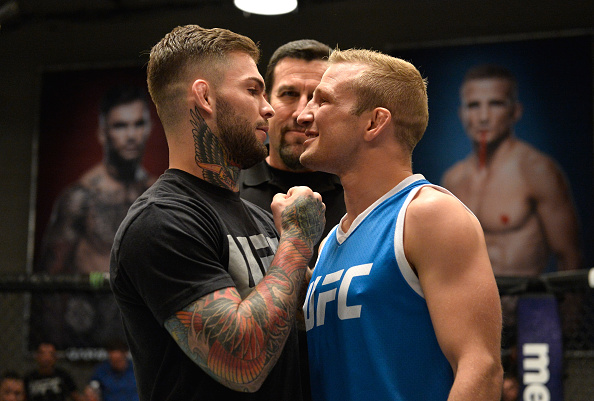 As much as the delayed championship showdown between the heated rivals that served as the backdrop for the most recent season of The Ultimate Fighter is the biggest fight on the schedule for the squad from California’s capital city, there are plenty of other members of the team who have been making waves in 2017 and have Buchholz, Castillo and fans of the sport excited to see what they can do down the home stretch and heading into 2018.

Darren Elkins has blossomed into a bona fide contender since moving out West, rattling off five straight victories, including an incredible comeback victory over Mirsad Bektic at UFC 209 in March.In her first 12 months as a professional, Cynthia Calvillo has collected six consecutive victories, the last three coming inside the UFC Octagon over the last five months. Already inside the Top 10 in the women’s strawweight division, the 29-year-old has drawn tremendous praise from UFC President Dana White, while Buchholz sees similarities between the unbeaten Calvillo and the reigning bantamweight champion Garbrandt.

“She’s always been a killer in the room and when she got her opportunity, we knew she would do really well, like she’s been doing,” said Buchholz. “You’ve heard it plenty of times though – there are a million killers in the room that you’ll never hear of because it’s all about how you can put it together and Cynthia is one of those fighters who actually gets better when she fights. The lights come on and she’s even better and she’s already incredible in the room.

“Another guy that is like that is Cody – when the lights come on and the pressure is on and it’s time to step up, he comes up another level and Cynthia is the same way. I think all great fighters do that.” 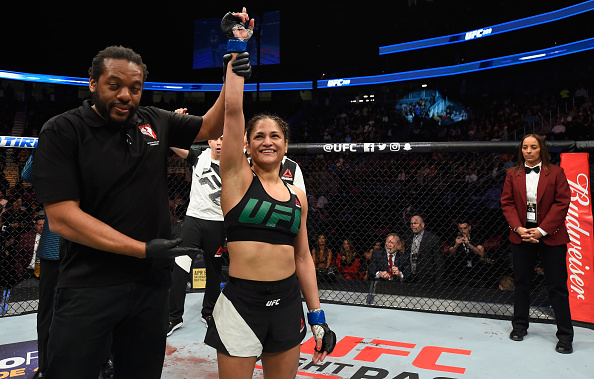 The team recently added two more familiar names to its ranks as well, with Sage Northcutt and Sara McMann both making the full-time move to Sacramento in hopes of taking their careers to the next level as part of Team Alpha Male.

Having produced close to a dozen contenders over the years, Buchholz is confident that after getting familiar with the Alpha Male approach to things, the new arrivals could embark on the same kind of run Elkins has enjoyed since making the move to California.

“They all have the potential and they didn’t make it yet, but now with Team Alpha Male, it will be very interesting to see what will happen and I’ve got a pretty good idea. You put them in our system and athletes like that will succeed.”

Castillo shares his long-time teammate and fellow coach’s faith in the system and excitement for the future, as there are more and more emerging talents on the come up that no one knows about yet, but who are capable of making an impact in the not-too-distant future.

“They keep coming,” laughed the 37-year-old coach. “We’ve got two guys fighting on the Contender Series next week. It’s great to see the team grow and I’m excited to see what the team is going to look like next year.”

Plus, the team recently moved into a much larger facility, complete with everything you’d expect an elite gym to feature – including a cage. 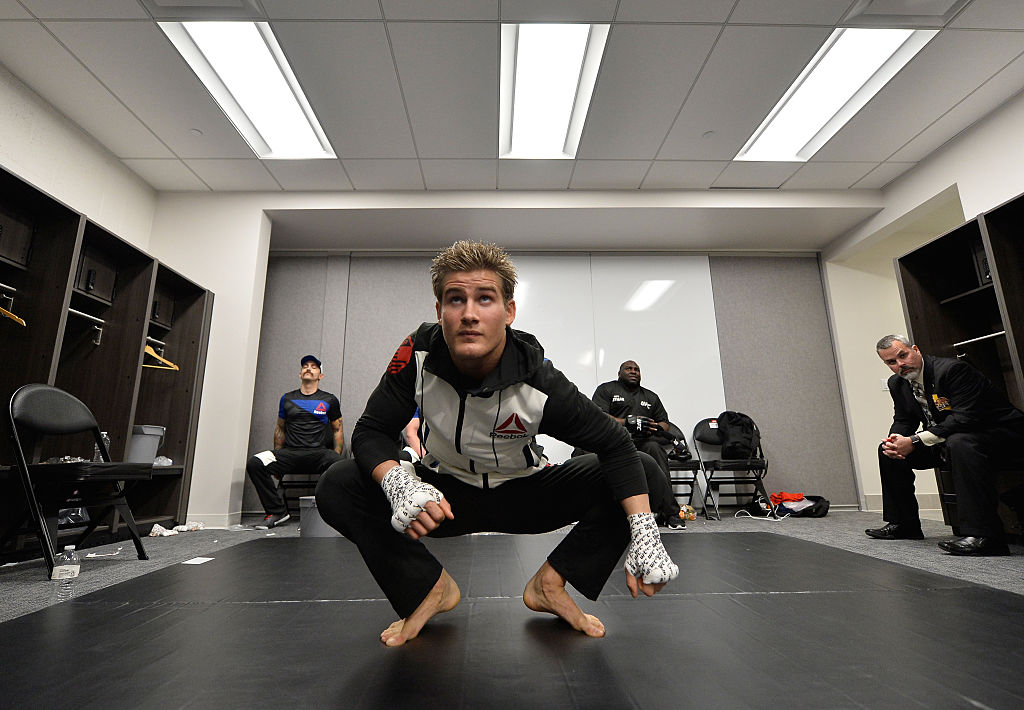 “It’s a game-changer,” he laughed. “We’re taking over the sport. We’re going to have champions in every weight now that we finally have a cage.”

Jokes aside, the approach used at Team Alpha has proven successful over the long haul and there is no reason to believe that is going to change any time soon.

“We’ve been a Top 3 team in the world for the last 10 years; that’s pretty impressive to me,” added Castillo. “The recipe is there. You just believe in the system, work hard and be a good person and you’re going to be successful.”