"If I hurt someone and the crowd goes off, that gives me momentum to finish the guy.  So I definitely do feed off the crowd." - James Te Huna 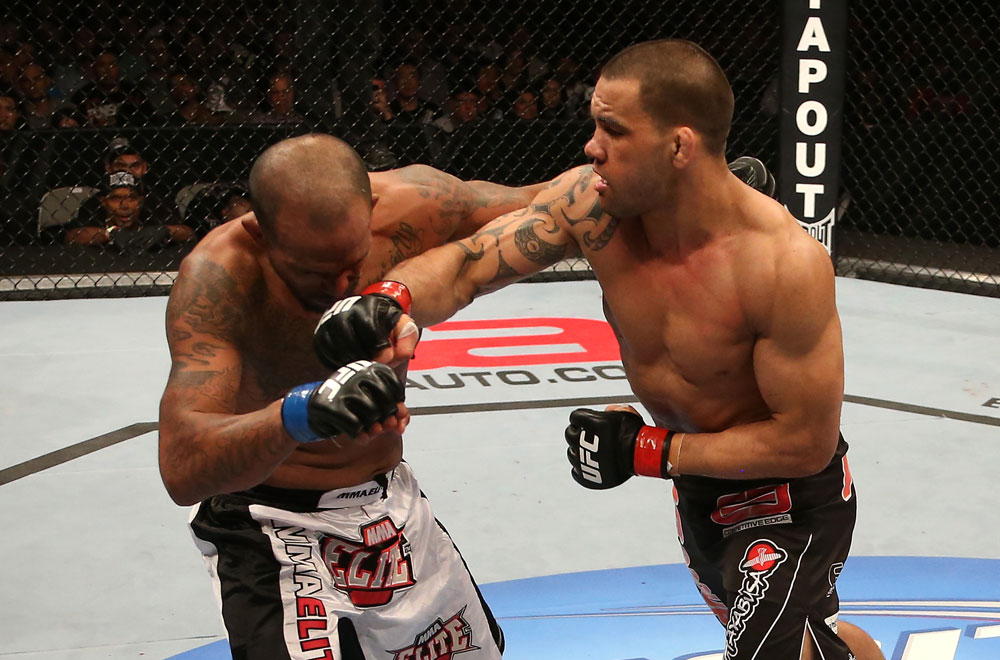 James Te Huna, who fights Mauricio “Shogun” Rua in the co-main event of UFC Fight Night this Friday (Saturday in Australia), doesn't hesitate when asked what he learned from his last fight.  Before his first round submission loss to Glover Teixeira at UFC 160 in May, Te Huna was mentally ready for a different sport entirely.

"I learned that I was in an MMA match, not a boxing match,” he laughs. “The whole lead up to the fight, I had no regrets during training, I did everything right, did a lot of groundwork and kickboxing and this and that but I mentally went into that fight thinking it was gonna be a brawl, thinking that everything was gonna be on the feet.  I thought that Glover would have something to prove: that he could beat a boxer like myself."

The fans, the media and Te Huna expected a slugfest, and before the fight, Teixeira seemed intent on knocking his opponent out.  And while all was going to plan for powerful striker Te Huna as he got the better of the early standup exchanges, that changed when Teixeira went for a takedown and locked on a guillotine choke. In the process, the Brazilian demonstrated why he’s now ranked number two in the light heavyweight division.

"He (Teixeira) plays the game pretty well; the last week we were there in Vegas, journalists came up to me every day and they were saying "Glover says it's going to be you going for the takedown cause he's going to knock you out" and I was like it's not gonna happen,” said Te Huna. “Plus, with (renowned Australian boxer) Danny Green being there and Mike Tyson being ringside, the fans expected it was going to be a brawl and I just went into that frame of mind thinking it was gonna be one thing when it wasn't."

> Watch: James Te Huna in the MetroPCS Move of the Week

The 32-year-old Te Huna isn't sure whether that was intentional trickery by Texeira, or whether his ability on the feet made his opponent reconsider his original game plan.

"He may have (intentionally misled me before the fight), but I don't know.  I'm not too sure, but I think I was a lot faster in the pocket when we were out there and his game might have changed then."

Te Huna must once again be ready for anything in his next fight.  Legendary Brazilian fighter Rua 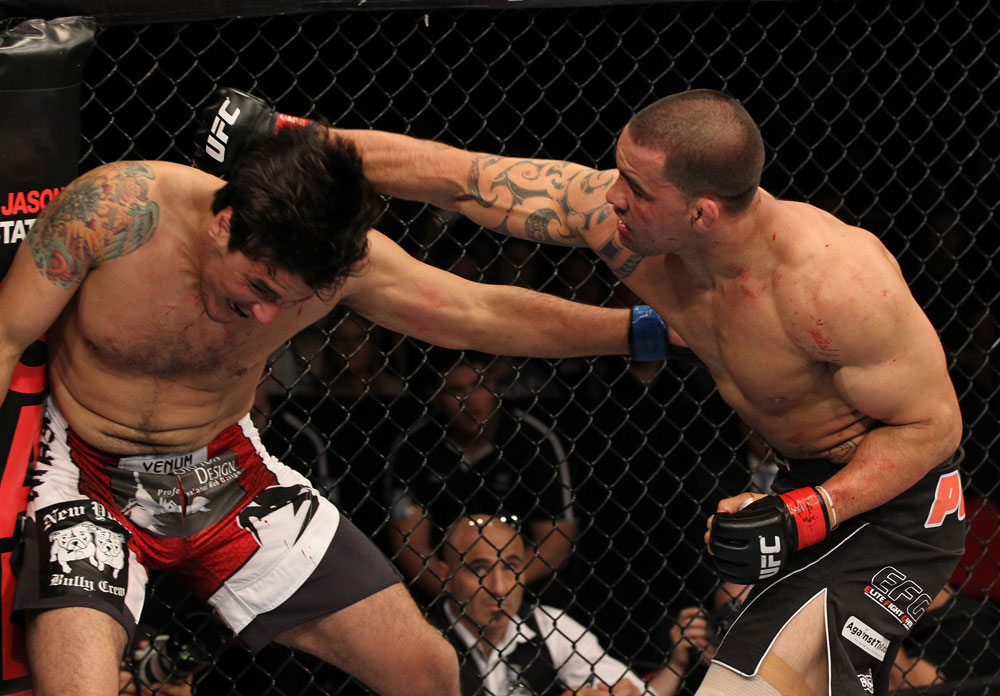 is as dynamic as they come, mixing aggressive Muay Thai, excellent takedowns and tricky submissions.  A win over Shogun, ranked ninth in the light heavyweight division, would likely push Te Huna into the top ten.  It’s another big challenge, but it’s one the resident of Penrith, Sydney sought out.

“(After the Brisbane card was announced) I thought I want to start asking for guys, start asking for big challenges, I want to go forward, not backwards.  And Shogun is such an exciting fighter, he's got a really big fan base back here, everybody loves him, and he's really durable.  I think I'm gonna have a really good fight with him.”

The two crossed paths in 2006, long before Te Huna made it to the UFC.  As an aspiring professional fighter, Te Huna idolized Rua, who was then a superstar in Japan’s PRIDE Fighting Championships. Though Shogun is the same age as Te Huna at 32, he has been at the top of the sport for far longer. While much has changed since 2006, the fighter of Maori descent still counts himself as a fan of his future foe.

“When I first started (fighting) I started watching PRIDE fights.  I was fortunate enough to train with Mark Hunt and he took me over there (to Japan) when he fought Fedor (Emelianenko) and when he fought a Japanese boxer.  When I was over there, Shogun was on the same card and we were staying in the same hotel with all the fighters,” said Te Huna.  “I'm kind of a quiet, shy guy and I find it hard walking up to people and approaching people, and Shogun walked through the foyer and I was like "stuff it," I walked straight up to him. He was one of my favorite fighters, and I asked him how training was and said good luck in his fight and I got a photo with him. That was when he fought Mark Coleman and had his elbow dislocated.  But I've still got that photo now, I'm still a big fan of his, so it's an honor for me to step in the cage with him, with a legend, and test my skills against him.”

In preparation for his dynamic opponent, New Zealand born Te Huna has added a new element to his camp: Australian MMA coach Dan Higgins, who has trained under super coach Greg Jackson. Higgins has assisted Te Huna in tying together all the elements of his game. It’s an addition that’s been a long time coming.

“He was the coach to Kyle Noke before Kyle Noke went over there (to Jackson’s MMA). So he has tons and tons of experience. I've never really had an MMA coach myself; I've just had a boxing coach, jiu-jitsu coach, wrestling coach, but it was myself that made all those decisions in the end when it comes to sparring or comes to the fight, because I couldn't really trust anyone else. So, this is the first time I've had an MMA coach, and he's been there done that, and I trust him.”

Higgins rounds out Te Huna’s Australian-made fight camp.  While the land down under isn’t known as a hub for the best trainers like Brazil or the USA, Te Huna’s homegrown training camp 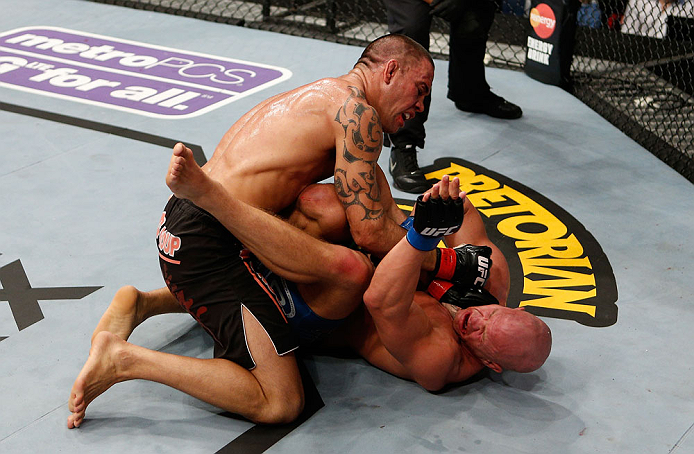 has taken him to the highest level of the sport.

“All my training has been here in Penrith; I haven't trained outside of Penrith.  A handful of times I go to the States, but the training's the same and I believe in my coaches here and my training partners here, and they've taken me this far so I'm very grateful for that.”

When he fights in Brisbane, Australia, Te Huna can expect the full support of the local crowd.  For some fighters, a hometown advantage may be irrelevant, or worse, serve as unwanted pressure. Te Huna is not one of those fighters.