Te Huna on Fighting: It's In The Blood

"I do see a couple of weaknesses in him as I'm sure he sees in me so yeah I'm just gonna mix it up and come out with a bit of a surprise." 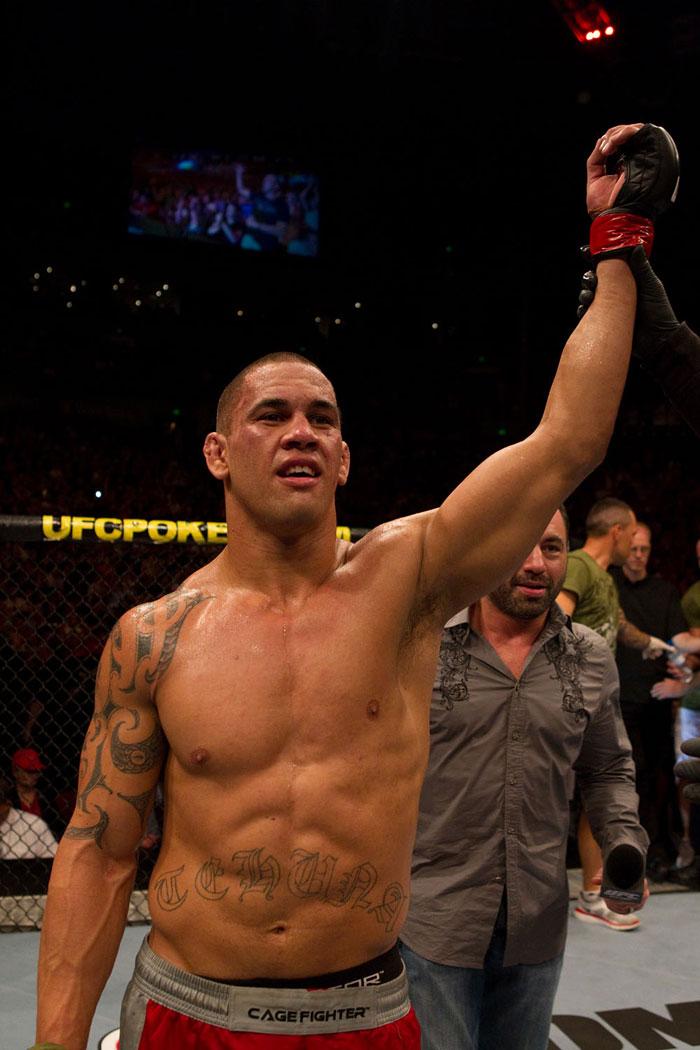 It's not often that you hear a UFC fighter say that he was a bad athlete growing up, especially since the Ultimate Fighting Championship is mostly populated by former standout wrestlers, kickboxers, and football players. It's particularly surprising coming from James Te Huna, one of the light heavyweight division’s most powerful strikers.

"Through primary and high school I was right into sports, competed in a lot of school activities and I wasn't good at anything - I had two left feet. All the bigger kids and the lazier kids would end up beating me in a race," said Te Huna. "When I finished school I took up boxing, put a lot of hours in the gym, just worked hard at it, became good at it, and yeah - the fighting game was good for me."

A New Zealand-born Australian, Te Huna is now better known for his fists than his two left feet, and he has four TKOs and one KO in his last five fights -- all via punches  -- a streak that includes wins over UFC veterans Igor Pokrajac (in his UFC debut in February of 2010) and Anthony Perosh.

But at times, a UFC career seemed to be an unlikely prospect for an adult Te Huna, too. He's been plagued by a recurring shoulder injury in the past, and in 2010 an ugly broken arm threatened the 29-year old's livelihood.

"I've battled that (my broken arm), had a big plate put in, had a doctor telling me I wouldn't fight again," said Te Huna. "When my arm came right I had a bone infection, and that would've been like three or four months to try and beat that. It kind of put me in a mental state. I was ready to start preparing for this next fight, ready to get my cast off and start training, and then to find out I had a bone infection it was another downfall for me, so it's been up and down this past year, and for me to go out there and perform and hopefully get a win, it's going to mean a lot for me"

Te Huna is now healthy, but having been out of the Octagon since February 21, 2010, he acknowledges that ring rust is a concern. But by definition, he can't confront it until the fight takes place, so he's choosing to focus on preparing as best he can.

"That's (ring rust) expected for me; I've been off for a year and to get back in there it's gonna be a little hard, but it's something you have to deal with so I've been doing a lot of hard sparring and trying to work hard."

And focus is a key word for Te Huna, who doesn't expect to be overwhelmed by the atmosphere the way he was in his Octagon debut against Igor Pokrajac.

"That last fight I had a bit of trouble, I went out there and couldn't focus properly, so this fight here I'm gonna focus on the other guy across the cage," said Te Huna. "The crowd was packed, it was like nearly 17,000 people there before the first fight started so that overwhelmed me. I heard guys screaming next to me, I heard other guys scream my name.  My mind was all over the place.  I know what to expect now and it should be easier"

The fighter who'll be the object of that focus, 24-year old Alexander Gustafsson, has a record that reads a lot like Te Huna's: seven of his 10 wins come by KO from punches. A solid prospect, his last fight was an October 2010 rear-naked-choke victory over French striker Cyrille Diabate.

"He's (Gustafsson) young, he's fresh, he's talented, and he's been active. He's got an advantage over me in this fight since I've got a year off," said Te Huna, 14-4 in MMA. "I do see a couple of weaknesses in him as I'm sure he sees in me so yeah I'm just gonna mix it up and come out with a bit of a surprise. (laughs)"

The best fight camps in the world lie beyond Australian shores (that's why Aussie fighters like George Sotiropoulos and Kyle Noke fight out of the USA).  Seeking out coaches who can best tutor him, and sparring partners who can best challenge him, TeHuna has spent time in San Jose, California, at the American Kickboxing Academy.  AKA boasts fighters like heavyweight champion Cain Velasquez and welterweight contender Jon Fitch to name but two.

"I was over there for three and a half weeks and yeah I got some real good tips from them," said the resident of Penrith, Australia. "Awesome bunch of guys and the coaches are real good, I learnt a lot from them.

In front of his home crowd, the late-bloomer is looking to represent Australia and New Zealand in combat. And it's a family tradition, as Te Huna's grandfather fought -- both in the ring and on the battlefields -- for both nations.  Perhaps he's the source of Te Huna's once hidden talent.

"My grandfather, he went to World War 2 and he did the same thing, represented Australia and New Zealand in WW2.  He was on one of those big carrier ships that have like two thousand or three thousand people they carry across the sea," Te Huna said. "They had boxing competitions there, and he won it out of the three thousand plus carrier ships that went over to Italy, so fighting's definitely in my blood."