Taylor believes he's the story on TUF, is here to stay

As season 25 of The Ultimate Fighter continues, it’s evident that each competitor on the show has a compelling story that has led them back to Las Vegas for another shot at glory.

But few have done it the hard way like Jesse Taylor. Luckily, he knew this was going to be his path ever since he lost to CB Dollaway in his lone UFC fight almost nine years ago.

“I knew I had to work hard for it, so I was prepared for it and it made for a good story since then,” he said. “I had a feeling it would take a little while, though.”

It is a good story, one of a kid who made bad decisions turning into a man who is a father and a seasoned veteran of the hardest game. And at 34, Taylor is still young enough to make some noise at the highest level of the sport.
RELATED: Get to know Taylor's opponent - Mehdi Baghdad | Recap last week's episode

“I’ve got that Team Quest blood, so we go a little older anyways,” he laughs. “But yeah, I want to make a serious run at this. I feel right now is better than ever, actually, especially with all the guys I’ve fought. It only helps my game out. I had some tough losses, but all against killers, and I want to get back in there and make a run. I want to get that belt.”

In 2008, getting a UFC belt was something no one believed was in Taylor’s immediate future. After a drunken night in Vegas got him ousted from the finals of season seven of TUF, the Californian’s UFC future was shaky, at best. He was brought back for the Dollaway fight in, but was submitted, then released.

What followed was a wild ride that took Taylor through 36 fights everywhere from Russia, England and Argentina to Canada, Panama and Australia, and all points in between. And through it all, the goal was always to get another call from the UFC.

“Don’t get me wrong, it’s been a wonderful experience traveling the world and meeting fascinating people from all areas of the globe,” he said. “It’s been amazing. But in the back of my mind, I’ve always wanted to go back to the UFC. That’s the pinnacle of the sport, the major leagues, the most professional, and the end goal was always to finish up in the UFC. Better late than never, I guess, but this is where I want to finish my career, and I’ve always wanted to go back.” 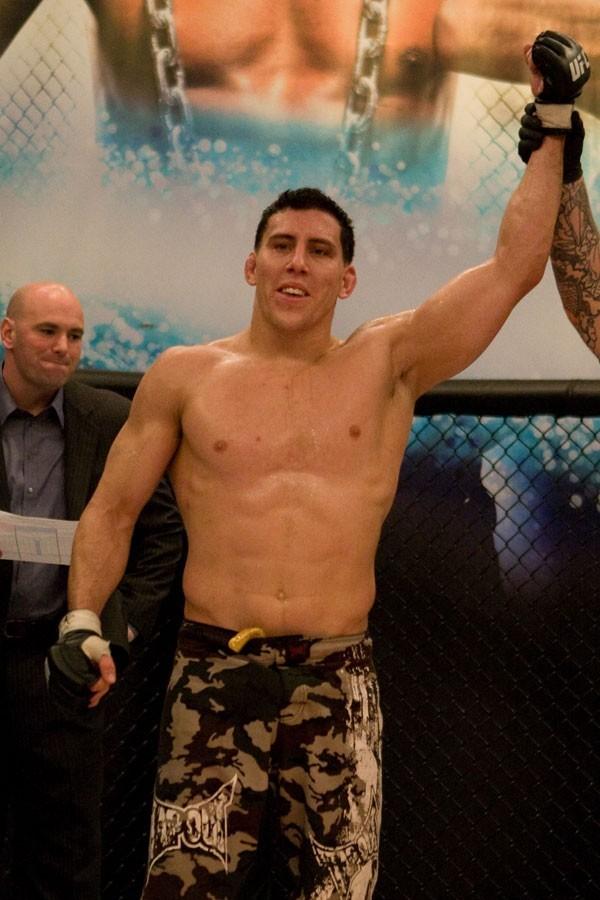 Taylor’s return to TUF is the epitome of what this season’s redemption scene is all about, even though he took a tougher path than most to get here. For reference, since the Dollaway bout, Taylor fought 17 past or future UFC fighters, including former world champions Murilo Bustamante and Luke Rockhold. And while the call didn’t come, he kept pushing.

“It’s crazy. There were times when I would beat someone or fight a guy that would end up in the UFC, and I’d be like, ‘Man, what about ol’ JT?’ (Laughs) But I knew I’d have to work a little bit harder than most, and I kept plugging away. In hindsight, nothing in my life has come too easy, so I feel like I just had to work harder for things. I felt like I was getting the short end of the stick sometimes, and it was fighting an uphill battle, but I’ll find a way to get it done.

He did, and along the way, he became a fan favorite and a testament to the power of persistence and positive thinking.

“At first, I was the guy everyone didn’t like, but as I stuck around, I’m the people’s fighter,” Taylor said. “People see that I’m a regular human and I stuck with it. A lot of people can relate to that. They’ve messed up and been through trials and tribulations, and I think they’re coming around to me and they relate to my story a lot.”

The next step for Taylor is now writing the next chapter.

“I never went off course,” he said. “It was a different course, but I stayed on it. If you really love something or want to do something or have a dream, you can do it, but you’ve got to keep doing it. I see young fighters lose a fight or things don’t go their way, and they stop. My dream’s still going and I just stuck with it. I like that saying that it’s not about where you end up, but the journey. And the journey’s been a helluva ride and I’m thankful for it. I stayed the course. If you really love something, you’ve got to keep going. I stuck with it, and I’m here to stay.”