In November 2007, a Washington native named Miesha Tate fought twice on one night, defeating Jan Finney by decision and losing by knockout to Kaitlin Young. It was the kind of night that makes someone reconsider their new vocation, but Tate never did.

She was a fighter. And for the next nine years, no one ever doubted that fact.

Tate was never the best striker, the best wrestler or the flashiest submission artist. But pound-for-pound, there was no one tougher, and long after Saturday night, when she announced her retirement at Madison Square Garden after a UFC 205 loss to Raquel Pennington, the 30-year-old will be remembered for that.

“I’ve been knocked out in my career, I had my ankle broken in wrestling, I’ve had my nose broken, and I’ve had my arm severely hyper-extended and I’m still here,” Tate once told me, and that was just a touch of the adversity she went through in a sport where it’s only been in the last few years that women have received the respect they’ve always deserved in the MMA world.

But with each setback and each injury, she pushed forward, and more often than not, she found a way to win. This tenacity 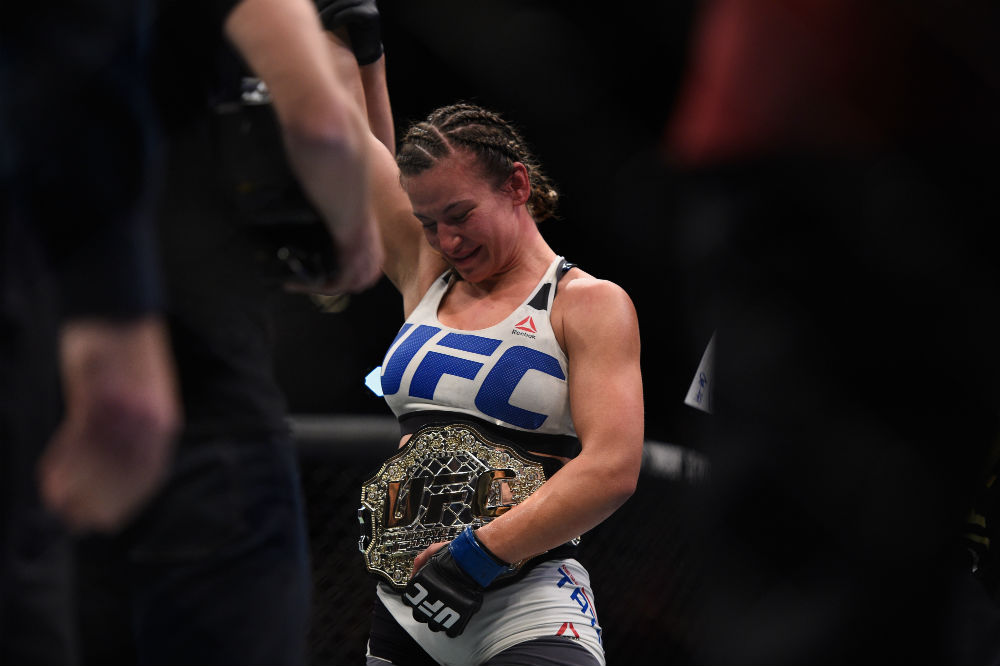 led to UFC and Strikeforce championships, and wins over the likes of Marloes Coenen, Julie Kedzie, Liz Carmouche, Sarah McMann and Jessica Eye.

The time capsule fight was on March 5, 2016, though. An underdog against Holly Holm, Tate had already lost two bouts to the woman Holm took the UFC women’s bantamweight title from, Ronda Rousey, and if she didn’t get the job done in her second UFC title fight, a third probably wouldn’t happen.

For four rounds, it was Holm’s fight. But there are five rounds in championship fights, and in that fifth round, Tate got the takedown she needed and at 3:30 of the final frame, she submitted Holm.

Just like that, Miesha Tate was a world champion, and no matter what happened in her final two fights against Amanda Nunes and Pennington, no one could take that away from her.

“I had to be like a pitbull on a bone,” Tate said after realizing her championship dreams. “I couldn’t let her get out of that one.”

She didn’t. She was a fighter.