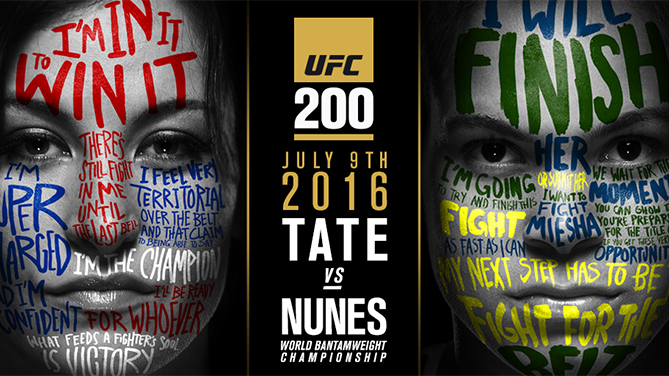 With the addition of Cormier-Silva, which came about due to Jon Jones' removal from the UFC 200 main event due to a potential anti-doping violation, the card's bout order has changed. White confirmed the UFC women’s bantamweight title fight between Miesha Tate and Amanda Nunes is now serving as the card’s main event.

In the co-main event, heavyweight stars Brock Lesnar and Mark Hunt meet, and the interim featherweight title fight between Jose Aldo and Frankie Edgar, as well as the heavyweight bout pitting Cain Velasquez against Travis Browne, will round out the card at T-Mobile Arena in Las Vegas.