Tarec Saffiedine: The Wait Is Finally Over

"I know Lim is going to bring the fight and come to fight, so that’s how I’m coming too." - Tarec Saffiedine 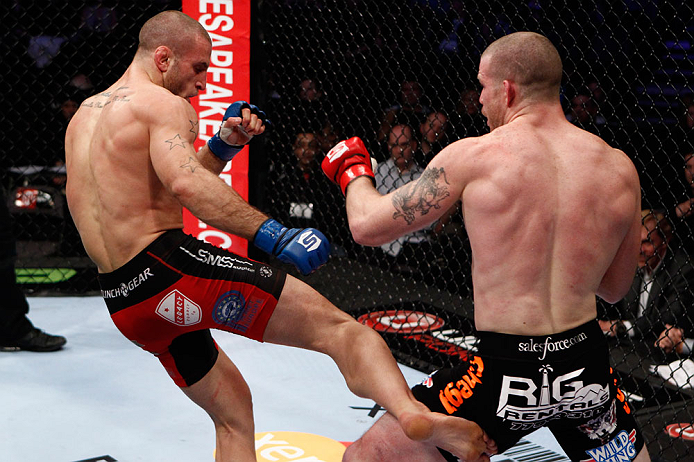 Is the glass half-full or half-empty?

A person with a pessimistic outlook would suggest that having nearly a year between a breakthrough performance and the follow-up effort is a bad thing – that the momentum built by four consecutive wins capped by a championship victory was lost as a result of injuries and overcrowding, putting 357 days between trips into the cage.

The optimist, however, would maintain that a dominant performance in a championship fight never loses its value, and that while extended absences are never ideal, the landscape of the welterweight division has shifted to the point where now is the perfect time for someone new to walk in and make an impact.

At this point, Tarec Saffiedine is just happy to have a glass in front of him.

Last year couldn’t have started out any better for the 27-year-old talent. Headlining the final Strikeforce event, Saffiedine picked apart Nate Marquardt with precision kickboxing to win the welterweight title, extending his winning streak to four and pushing his record to 14-3 in the process.

Following Marquardt’s blistering debut, where he claimed the vacant belt by finishing Tyron Woodley, Saffiedine’s ability to entirely shut down the former UFC middleweight title challenger’s offense and connect at will opened a number of eyes, and had many waiting for the man known as “Sponge” to transition into the UFC’s deep and talented 170-pound ranks. > Watch: Saffiedine Vlog

But a hectic schedule and pre-established pairings pushed the Team Quest member’s debut back to July, where a showdown with fellow Strikeforce alum Robbie Lawler was supposed to place on FOX before Saffiedine was forced out of the bout with an undisclosed injury. Rumors of a pairing with surging contender Matt Brown floated through the MMA media late in the summer, but never came together, leading to the lineal Strikeforce welterweight champion being matched up with perennial contender Jake Ellenberger in the main event of the inaugural UFC show in Singapore.

Late last month, Ellenberger was sidelined and pulled from the contest, resulting in South Korean Hyun Gyu Lim being elevated to take his place. Despite the shift in opponent, Saffiedine is still champing at the bit to put the past year behind him and introduce himself to the UFC audience.

“It started pretty good with my win over Nate,” says the Belgian kickboxer of his past 12 months. “It was definitely a big accomplishment in my career. I went back to training until I was scheduled to fight Robbie Lawler (but) I got injured and had to take some time off unfortunately. At the time it was pretty frustrating, but at the same time, I wasn’t sitting home eating pizza and feeling sorry for myself – I tried to stay strong and I knew I was going to come back a better fighter, mentally and physically. I tried to do everything the right way to come back, and now I guess everything happens for a reason.

“I was a little bit disappointed not fighting Jake – I was really looking forward to facing somebody like Jake; he’s a Top 5 fighter – but Lim is a really dangerous fighter and I cannot underestimate him.”

Even though countless fighters that have matriculated to the UFC from organizations like Strikeforce and the WEC have already proven themselves inside the Octagon, fans and critics often still want to see how an athlete performs on the biggest stage in the sport before they’re willing to back them fully, regardless of how successful they were elsewhere. > Free Fight: Saffiedine vs. Moore

While his win over Marquardt and proposed matchups with Lawler and Ellenberger should paint a clear picture of where the UFC newcomer stands within the talented mix that makes up the welterweight division, the only way to solidify that positioning is to step in the cage and earn another victory, and that is exactly what Saffiedine intends to do on Saturday.

“I believe the fact that I beat Nate decisively in my last fight sent a message to the UFC and all the fighters in the division. When I fought Nate, it was more important for me to win than to actually win the title because I wanted to prove to everyone that I belong with that kind of competition – that I can beat guys like Nate Marquardt, who was a Top 10 fighter at that time. That was the message I wanted to send, and fighting guys like Robbie or Jake (was something I was really looking forward to).

“Obviously UFC fans haven’t seen me fight yet, but people that have watched me and new fans that are going to be discovering me can expect a better fighter than I was before. I’m a better version of myself after my time out. I’m looking to put on a great performance for my first UFC fight – an exciting fight. I’m going to try to finish the fight, and if it goes the distance, I’m going to put on a good five rounds.”

With the divisional picture currently blurred by Georges St-Pierre’s decision to vacate the welterweight title and go on sabbatical, the opportunity is there for Saffiedine to quickly climb the rankings and put himself into contention. > Watch: UFC Singapore Weigh-In

Coupled with a year’s worth of pent up energy and the adrenaline that comes with stepping into the Octagon for the first time, there is the risk of being too amped up and deviating from the patient, measured approach that has made him so successful in the past.

“I guess we’re going to find out on January 4,” Saffiedine laughs, acknowledging his eagerness to finally fight in the UFC and the potential for pressing too hard right out of the gate. “I’m definitely 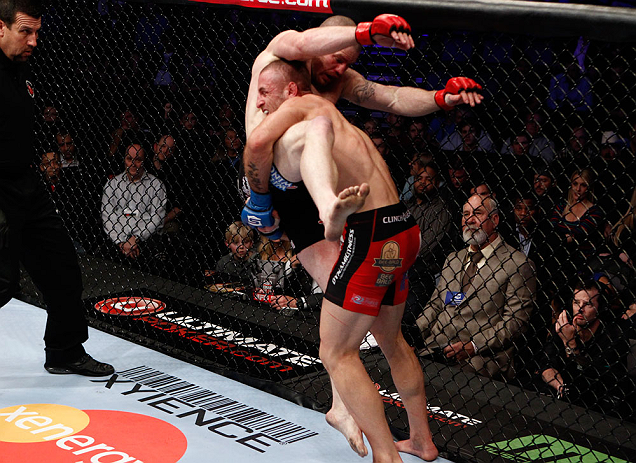 really excited to come back and fight. People that are used to watching me fight, they know how I fight – how composed I can be, how aggressive I can be if I need to, and how I can take a step back in the fight as well, and I think this will be a mix of all of those things together.

“I’m going to be really anxious to come back and prove (myself), but I have to be smart also – Lim is a dangerous opponent, and I cannot rush things.

“He’s a tall fighter, more of a striker,” he adds, “and he kind of opens up himself, which makes the fight a little risky because he doesn’t mind getting punched in the face. He likes to go to war, and he has dangerous knockout power.

“I know Lim is going to bring the fight and come to fight, so that’s how I’m coming too.”