"I am looking forward to fighting in front of the Japanese crowd. I want to be my true self and show them a great fight." - Takanori Gomi 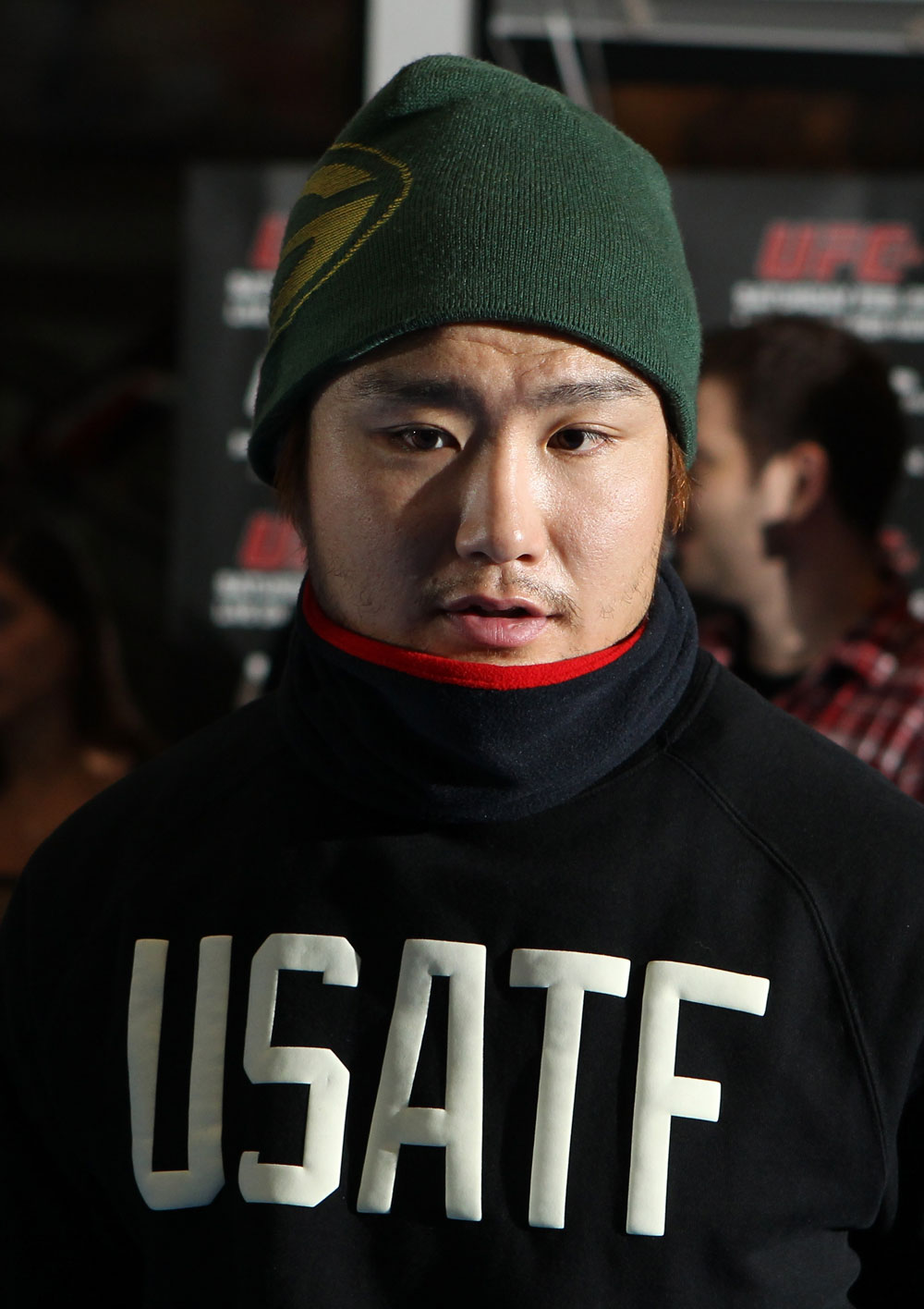 It’s no secret that the Japanese mixed martial arts scene has fallen on hard times over the last few years, but with Saturday’s UFC 144 event at Saitama Super Arena, there is optimism from the local heroes on the card that this could be the start of a revival in Japan. One of those hopeful fighters is one who is no stranger to a thriving MMA scene at home, Takanori Gomi.

“I think the level of Japanese MMA will rise as many people get to see the world’s top class bouts,” he said through translator Mizuka Koike. “I hope there’s gonna be a lot of Japanese guys who wish to be great fighters.”

Gomi, the first and only PRIDE lightweight champion, as well as a Shooto welterweight titleholder, is no stranger to being in the role of flag bearer for the sport in his country. For years, “The Fireball Kid” took on and beat all comers, most notably going 13-1 with 1 NC from 2004 to 2007.

Yet by the time Gomi arrived in the UFC in 2010, he was about to hit hard times in the Octagon. Just 1-3 in four UFC starts, with his Knockout of the Night finish of Tyson Griffin sandwiched by losses (all by submission) to Kenny Florian, Clay Guida, and Nate Diaz, the charismatic Kanagawa native has found himself in need of a win this Saturday against countryman Eiji Mitsuoka (a late replacement for the injured George Sotiropoulos). Yet on a positive note, the 33-year old southpaw appears to have pinpointed where he’s gone wrong in the UFC.

“I think I lacked stamina and ground techniques,” he said. “I want to make an improvement on that, so I’ve reviewed the training regimen that I’ve done and trained even harder.”

Well, if he was looking to see his ground game tested, Sotiropoulos was the perfect man to do it, but Mitusoka’s no slouch either, as the 36-year old has finished 11 of his 18 wins by submission.

Said Gomi, “I think a fighter like Mitsuoka starts with boxing and then moves to grappling to end the fight with a submission. And when it comes to reach and body size wise, they (Mitsuoka and Sotiropoulos) are not very different, so it (the change in opponent) was okay.”

It’s no secret that Gomi has had his difficulties with groundfighters (six of his eight losses are by submission), but he’s also had success against them over the years, and the one intangible when it comes to this weekend’s bout is that it is coming at home. That’s something that can’t be overlooked, especially when Gomi is so excited about his return.

“I am really happy to have a chance to fight in UFC Japan,” he said. “I never thought it was going to happen this early, and I’m glad that I continued my career this long. It’s been a while, so I am looking forward to fighting in front of the Japanese crowd. I want to be my true self and show them a great fight.”

Pardon the pun, but this is pride at its most telling and compelling. For a fighter like Gomi, one whose legacy is set no matter what happens against Mitsuoka, it is imperative that if he’s going to lose, it’s not going to be in front of his loyal fans. Not this weekend. Not at Saitama Super Arena.

“I am proud of myself for being one of the Japan-born UFC fighters,” he said, “and I think Japanese fighters have this fighting spirit of not giving up until it’s really over.”

And as far as Takanori Gomi is concerned, his run in the UFC is far from over.

“The Fireball Kid is coming back,” he said. “Please keep an eye on me.”