Taisumov hopes UFC Moscow is the start of a new chapter 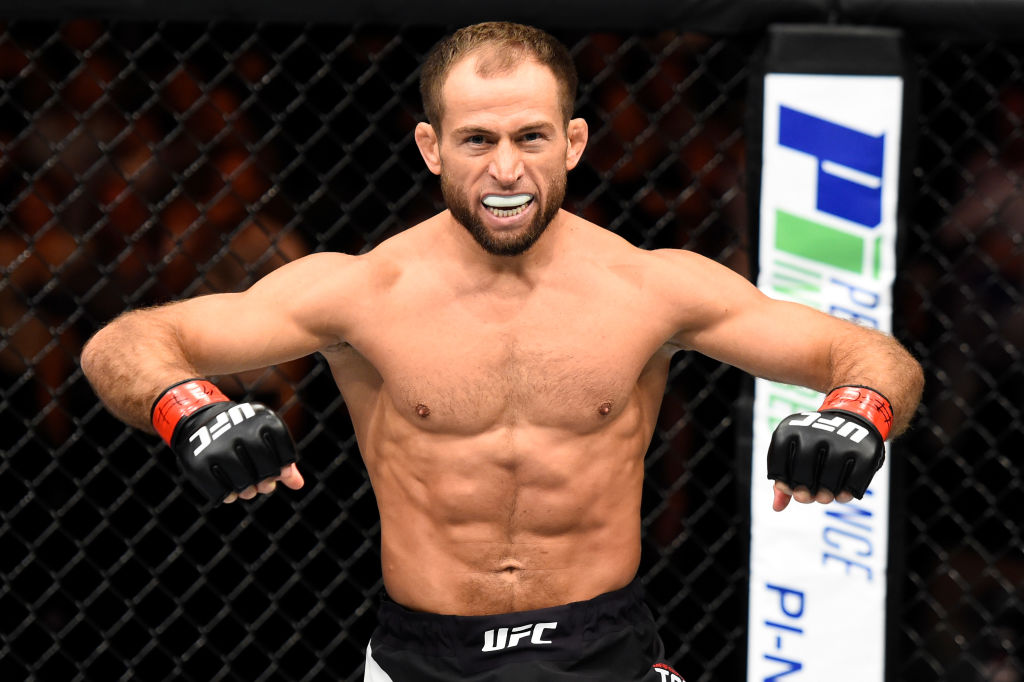 For someone who has blasted through his last five opponents by knockout, dating back to 2014, Mairbek Taisumov hasn’t had the easiest road in his career over the last few years. But that hasn’t stopped the Grozny native from continuing to march forward in search of a lightweight world title.

“I'm a fighter, I’ve been fighting my whole life, and before the UFC I fought strong fighters in other organizations and I'm doing this sport to be the best and therefore I need the title,” he said. “There are things like visa issues which I can't control and, of course, it's making me mad because I'd like to fight in the USA and as much as possible. But everything happens for a reason, so let's see how things turn out after this fight.”

Relegated to the aforementioned five fights in four years, all in Europe, Taisumov hopes that Saturday’s meeting with Desmond Green in Moscow will be the start of a new chapter in his career that will put him in position to start challenging the top contenders in a stacked division.

Of course, nothing has come without roadblocks for the 30-year-old, who missed weight for the Green bout on Friday. But with a fine taken from his purse, the show will go on, and Taisumov is ready for “The Predator,” especially in Russia, where he hasn’t competed since 2013.

“It is a historic moment for the UFC to finally enter the Russian market and I'm sure it will be a successful approach since Russia is very open for MMA,” he said. “I can't wait to finally fight on home soil and to give my fans the chance to attend my fight, especially those who couldn't travel to watch my previous fights. I'm ready and I want to make the home crowd proud.

“Desmond has to be taken seriously like any other fighter because you don't get a UFC contract in the lottery,” Taisumov continues. “But, like every fight, I'm very well prepared thanks to my whole team and on the 15th of September it's time to prove it.”

Taisumov is one of the most intriguing fighters in the lightweight division, and after a 1-1 start to his Octagon career, he has looked unstoppable. Three consecutive Performance of the Night bonuses have only added to his popularity among hardcore fans, and it’s clear that he’s champing at the bit to get a shot at one of the top 15. And at 6-1 in the UFC, he’s earned that right.

“I've challenged many ranked fighters and I'm already tired of asking for the Top 15,” he said. “I'm gonna continue knocking out people and soon they'll have no other option. My visa issues have been a major problem as well, but after this fight, hopefully my paperwork should be done, and I have a certain feeling that after this fight the UFC will be under pressure to give me a ranked fighter. I won't disappoint them and I’ll show them that it's a long time overdue that I belong at the top.” 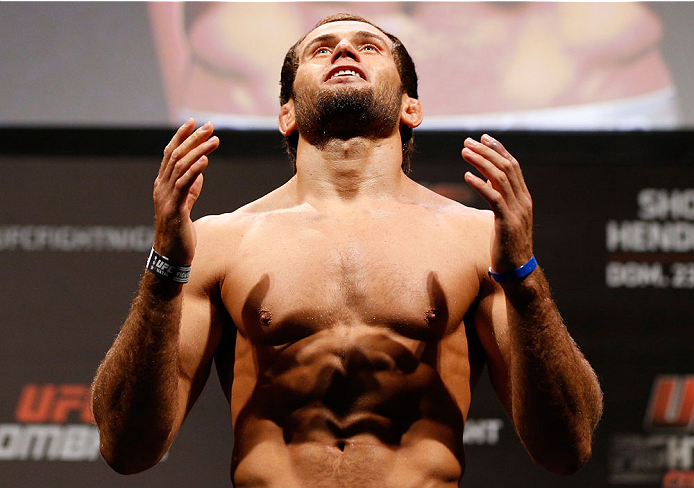 The confidence is there, the talent is there, and increasingly, the demand is there. All good things for “Beckan,” but he’s also human, so what has kept him focused during trying times in his career that have been out of his control?

“I have a family to take care of, and my friends and many other private activities keep me busy,” he said. “But I'm always staying in shape, always working out because I'm always expecting a sudden call or email to step back in the cage and I want to be prepared for that.”

As for the fans that have stayed in his corner in a business where it’s often, what have you done for me lately, they’ve kept Taisumov going.

“They're the reason why I'm so patient and never gave up on my dream to become UFC champion,” Taisumov said. “I'm getting a lot of messages on Instagram, emails, phone calls, and I want to thank each and everyone for their support and on 15th of September, I'll pay back my fans. They know that I don't like to give predictions, but I never needed to do that to impress them; I did it in the cage with results.”