Tai Tuivasa Is Coming To Entertain

After Getting Back In The Win Column, Tai Tuivasa Hopes To Keep The Momentum At UFC Fight Night: Brunson vs Holland
By Philip Ferraro • Mar. 16, 2021

There are two approaches to social media hate: ignore it or embrace it.

After a three-fight losing streak between December 2018 and October 2019, Tuivasa had to deal with his fair share of online haters.

Catch All Of Saturday's Action With Your ESPN+ Subscription 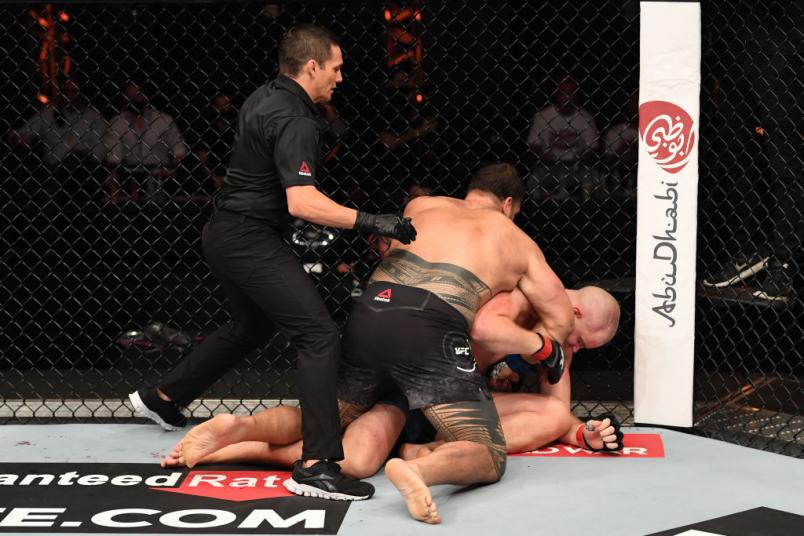 The hype behind Tuivasa and the larger-than-life persona of the Western Sydney native makes it easy to lose perspective on his losses for anyone quick to write someone off as “done.”

However, the heavyweight fighter made the UFC in just his eighth professional fight.  So, at just 28 years of age, the 11-3 “Bam Bam” is still young enough to improve and enter the division’s elite.

“I was fighting very good fighters, (Junior) Dos Santos and Blagoy Ivanov were previous world champs. I was challenging myself and I fell short.  The last one (against Serghei Spivac) I probably wasn’t in the right mental space but that’s just how it goes, it is what it is.”

Tuivasa’s take on the losses echoes that of the recently defeated Israel Adesanya.  While Tuivasa was previously undefeated in the UFC’s Octagon, no human is stranger to losing, whether there is an “0” in their record or not.

“I’ve lost many things; I lose people more than I lose fights.  It’s a learning curve in the fighting and you live to fight another day.” 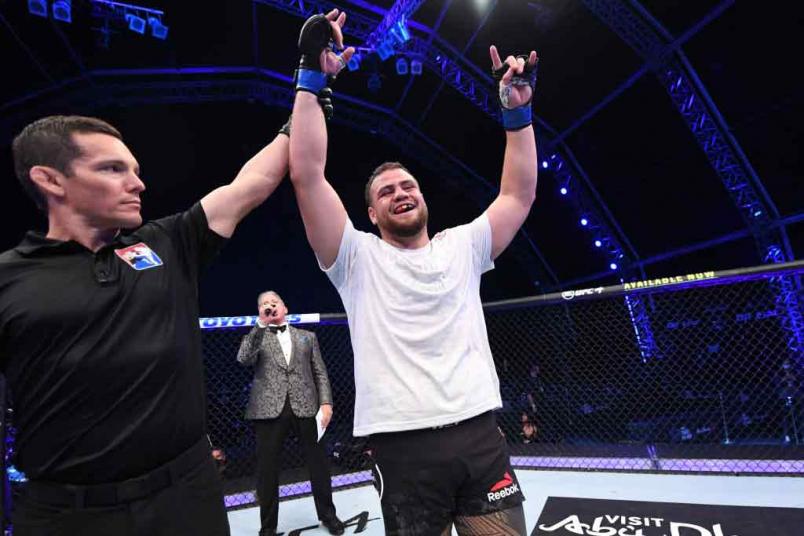 With all that said, the losses did trigger some soul searching for “Bam Bam”.

“I was probably too comfortable; I work best when I’m uncomfortable,” said Tuivasa. “I got comfortable where I was and where my life was at. I’ve never gotten anywhere being comfortable; I’m not from comfortable.”

The biggest change for Tuivasa has been internal, as the former rugby league standout has rededicated himself to fighting.

“(I was making) Bad business decisions, I was thinking a lot, too much other than fighting; I had to think about what I wanted to do,” said Tuivasa.

And while he says he doesn’t let the online haters get to him, losing face in front of an international audience is a powerful motivator.

Tuivasa got back into the win column against Stefan Struve in October 2020 on the preliminary card of UFC 254: Khabib v Gaethje.  In the dying seconds of the first round, Tuivasa tossed the Dutchman to the ground and landed a barrage of punches as Struve attempted to scramble to his feet, earning Tuivasa a KO at 4:59 of the first round. 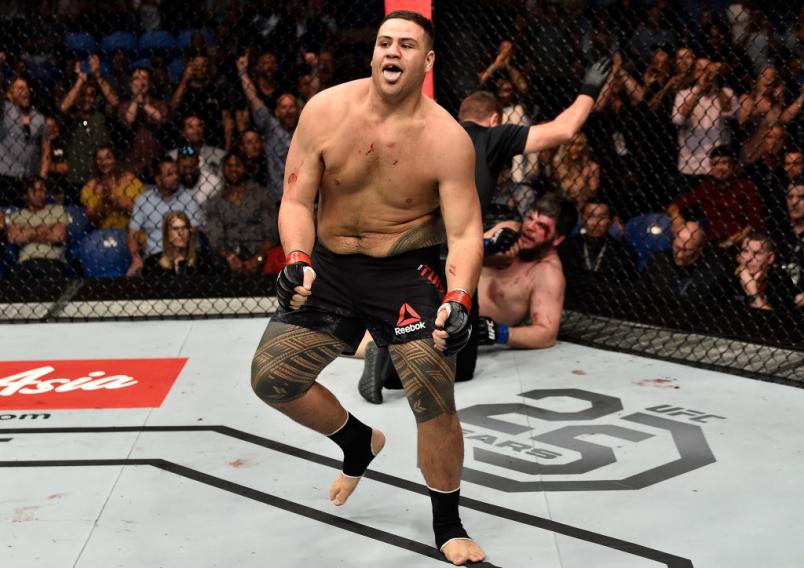 PERTH, AUSTRALIA - FEBRUARY 11: (L-R) Tai Tuivasa of Australia celebrates his victory over Cyril Asker of France in their heavyweight bout during the UFC 221 event at Perth Arena on February 11, 2018 in Perth, Australia. (Photo by Jeff Bottari/Zuffa LLC/Zuffa LLC via Getty Images)

“I changed a lot, a lot of things in my life that weren’t going too well. I just had to look back at what I wanted to do and why I wanted to do this.  Now I feel I’m in a good place. Especially since my last fight I feel I’ve gotten better, and I’m ready to knock this next fella out.”

Tuivasa has had a three-month stay in Dubai ahead of his fight with Mayes.  The extended trip away from his family and home training camp was not by design, with Tuivasa originally hoping to get a fight on UFC Fight Island.  However, “Bam Bam” has made the most of it.

“There’s a lot of good grapplers here (in Dubai); they love the ground here. I’ve also been training with Gokhan Saki, he’s one of the best kickboxers of all time. I’ve really just been sponging off him, I love that Dutch style.”

Tuivasa claims to know little about his opponent, leaving the game planning to his team.  Tuivasa will be flying out his coach Steve Ashby from Australia for Saturday’s fight.

“I don’t really know who he is; I’m a fighter, this is my job. Apparently, he wanted to fight me so I said, sweet, even better.”

If Mayes asked for the fight because he is looking to stand with Tuivasa, “Bam Bam” is happy to oblige come Saturday.

“I’m coming to entertain,” he said. “Apparently he likes to stand and fight so if that’s the case I don’t think it’s going to be a good day at the office for him.  But I’m coming for heads; I'm always coming for heads.”