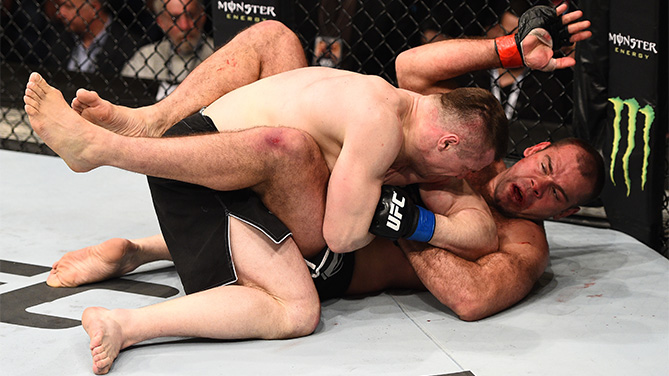 It wasn’t as good as scoring a head kick knockout, but Mirko Cro Cop still got a satisfying measure of revenge to kick off his third stint in the UFC Saturday, as he stopped Gabriel Gonzaga in the third round of the UFC Fight Night main event at Tauron Arena in Krakow, Poland.
> WATCH: Mirko Cro Cop Octagon Interview 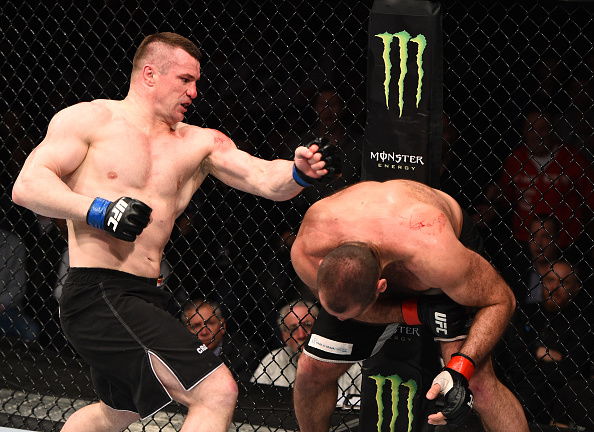 The bout was a rematch of an April 2007 match won by Gonzaga in which he “Cro Cropped Cro Cop” via head kick knockout. Eight years later, the Croatian star got even.

Gonzaga opened the scoring with a couple right hands that forced Cro Cop to backpedal out of trouble. There was little offense from Cro Cop in the opening half of the round, and as the second half opened, Gonzaga nabbed his first takedown. Gonzaga smoothly moved into the mount position, but the two wound up trading leg lock attempts before “Napao” settled into his opponent’s guard, remaining there for the rest of the round.

Early in the second, Gonzaga ducked under Cro Cop’s first head kick attempt, and with nearly two minutes gone, the Brazilian got another takedown off a Cro Cop stumble. The Croatian held on, hoping for a restart, but Gonzaga kept that from happening by moving to mount with under two minutes left.
> WATCH: Mirko Cro Cop - Croatian Comeback
Gonzaga fired off ground strikes and then looked for an armbar, but Cro Cop sensed that the submission was coming and he was able to escape. He wasn’t able to elude the elbow that cut him over the left eye just before the horn. 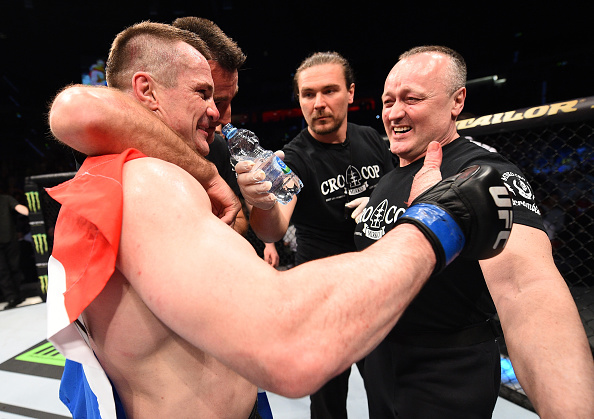 The first half of round three saw Gonzaga continue to maul Cro Cop, this time in the clinch against the fence, but in the third minute Cro Cop came alive with a left elbow that stunned the Brazilian.
Gonzaga staggered and the bout went to the mat, Cro Cop following each step of the way. Sensing victory, Cro Cop unloaded strikes from the top position, bloodying Gonzaga, and after a series of unanswered blows, referee Leon Roberts intervened at 3:30 of the round.