“I told myself I’m gonna be the middleweight champ here one day,” he said. “That’s my goal, that’s my dream, and as far as I’m concerned, that’s my job. I finish what I start, and that’s what I’m gonna do.”

A retired veteran of the Canadian Army, the 32-year-old from Ontario gets to kickstart that dream on Saturday when he faces compatriot Ryan Janes in the UFC debut for both fighters. Hunter, despite a 7-1 pro record, initially saw the call to the big show as a surprise.

“It came out of the blue, actually,” he said. “I was hanging out at my house and I got a phone call on a Friday night, and there it was. It was pretty surreal. I almost didn’t believe it at first, but after a few days it really started to sink in, and here we are.”

Yet while the call may have come without warning, Hunter is ready for his close-up in Vancouver.

“I was definitely working my way toward there,” he said. “I guess I was doing a better job than I thought I was doing. But I’m definitely ready for the challenge and ready to take it on full steam ahead.”

Full steam ahead is the only way Hunter knows. He has finished all seven of his pro wins, six by knockout and four in 1:05 or less. In short, the “Warhammer” is a finisher. And he likes getting out of there as soon as possible.

“I don’t want to stay in there and showcase things if I don’t have to,” Hunter said. “I want to get in there and I want to get out, because every extra second I’m in there is a second that he has the opportunity to knock me out or to do something to me. A lot of people will come up and say, ‘All that work for 30 seconds.’ But the thing is, without that work, you wouldn’t have that. It’s the work that does it. So it’s rewarding, not only in the sense that you get a real fast finish, but in saying I worked hard and this is what happens when you work hard.”

The hard work paid off in June, when Hunter was matched up with UFC veteran Chris Dempsey. Forty seconds after the opening bell, Hunter’s hand was raised.

“I was beating a lot of guys in Canada in a similar fashion, but you never really know until you make that international jump or until you compete with someone who’s been at that level,” he said. “And to face him (Dempsey), even though he didn’t have the greatest run in the UFC, he still made it there and still had a win, and I was able to beat him in the same fashion I was beating these other guys. So that was quite a big confidence booster.”
RELATED CONTENT: Adam Hunter matchup with Ryan Janes | Fighter bio

It was a win that propelled him into the UFC, but that doesn’t mean he has been wearing out a UFC FIGHT PASS account 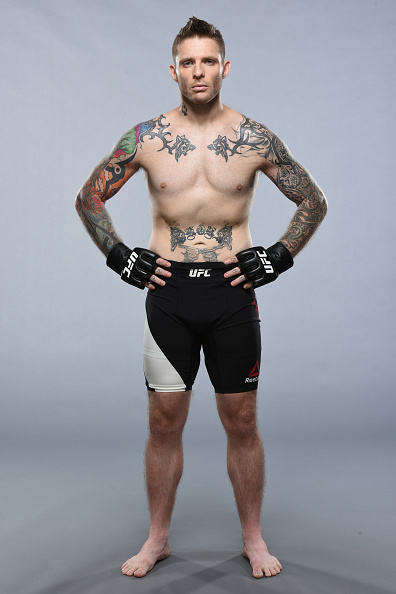 in order to scout his 185-pound peers.

“When I first got into MMA, I got into it more as a therapy kind of thing,” he said. “So I kind of have a habit of getting consumed by things, and I try not to watch a lot or really dive in. I don’t want MMA to become stressful to me. It’s been good for me and, at the expense of sounding dramatic, in a way it saved my life. It gave me a real positive outlet to deal with some issues. So I try not to get too much into it and try not to get overly consumed by it.”

But now he’s in the thick of it, and that first UFC fight week can consume any fighter. But Adam Hunter has seen worse in his life than an opponent with gloves trying to punch him in the face. And if that’s all that opponent has, he’s in for a rough night with the Warhammer.

“Some guys, they look at it as a sport and they play it as a sport,” he said. “But to me, it’s still fighting, and I look at it as a real, real fight. Yes, it’s a sport and for me, a form of therapy, but I take the actual fight very, very seriously. If you can’t put me away, then it’s not gonna happen. If you can’t kill me, then I’m gonna beat you, because I will not stop until I win.”