In a 145-pound SuperFight between two of MMA’s lighter weight pioneers on Saturday, former WEC featherweight champion Urijah Faber just couldn’t catch up with the speed and activity level of former UFC lightweight king Frankie Edgar, who kept his spot at the top of the division intact with a shutout five-round unanimous decision win at the Mall of Asia Arena in Manila, Philippines. 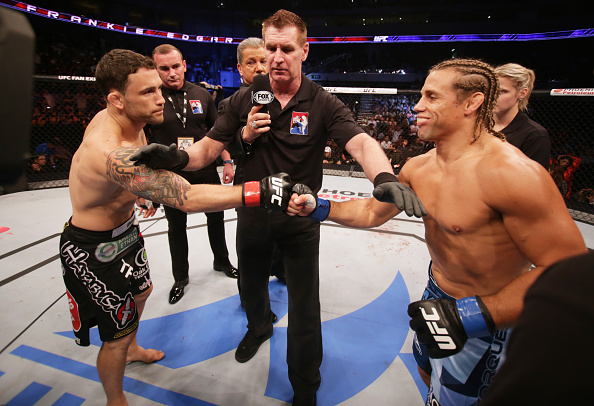 “I wanted to go out there and make a statement,” Edgar said. “I won 5-0, but Urijah’s tough as hell. I looked up to him when I first got in, he’s the guy everybody wanted to be and it was an honor to fight him. He’s a legend of the sport and us lightweight guys really owe it to this guy.”

Scores were 50-45 for the number two-ranked Edgar. The bout was the first at 145 for Faber – the number three-ranked bantamweight contender - since 2010.

Edgar landed the greater volume of blows in the first three minutes of the bout, but Faber got in a couple hard right hands that kept the New Jersey native honest.
A brief takedown by Edgar at the three-minute mark added to his point total, but he was unable to keep “The California Kid” grounded, with the result being a first-round kickboxing match for the most part. 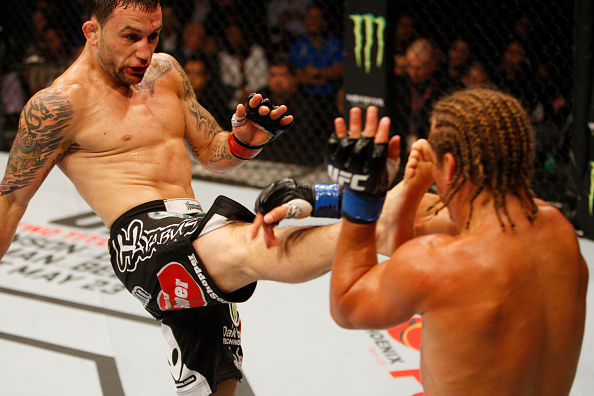 Faber opened the second with a knee to the head, Edgar – now bleeding from the nose - taking it well. And as the round progressed, the exchanges started to heat up, with the 78rpm chess match slightly favoring Edgar and his quick counters.

With the fight becoming increasingly tough to score, Edgar pulled off a takedown two minutes into the third round, and while Faber would get back to his feet, “The Answer” wouldn’t release his grip, and it led to more trips to the mat.
With a minute left, it was back to the stand-up game for the combatants, with Edgar again holding a slight edge. 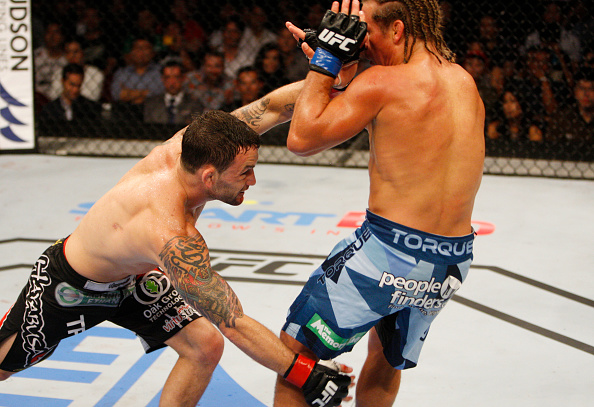 Cardio machine Edgar kept the pace high in the fourth and fifth, and his activity level, coupled with more quick takedowns, seemingly put two more rounds in the bank, sealing another big win for the Toms River product, who has now won four straight in moving to 18-4-1.

The loss was the first-ever for Sacramento’s Faber, now 32-8, in a non-title fight.