On Oct. 7, former UFC heavyweight champion Fabricio Werdum hopes to move one step closer to a shot at regaining the crown when he faces Derrick Lewis at UFC 216. And despite a resume that marks him as one of the greatest big men to ever strap on the gloves, his road has been a long and winding one. Read on for a look at six of his defining moments. 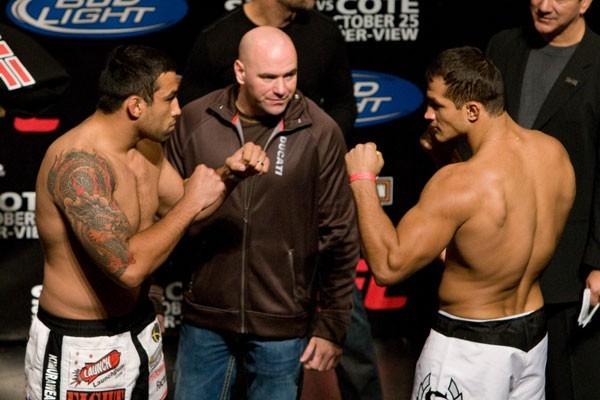 UFC 90 - Junior Dos Santos (Watch on UFC FIGHT PASS)
October 25, 2008
Result: Dos Santos TKO1
This may be an odd place to start, but if you ask Werdum about the fight that changed his career for the better, it was this one. Of course, at the time, Werdum didn’t feel that way, but after getting knocked out by the then-unknown Dos Santos and subsequently getting released from the UFC, he made the changes that eventually turned him into the number one contender for the heavyweight title.

“All I can say is that it was a life lesson,” Werdum told me in April of 2014. “It was my worst moment, but at the same time it was where I learned the most. I'm living in the United States now because of the fight, and I train with the best coach in the world, Rafael Cordeiro, because of that fight. So I don't know if I should thank him (Dos Santos) or not.”

Strikeforce – Fedor Emelianenko (Watch on UFC FIGHT PASS)
June 26, 2010
Result: Werdum Wsub1
Werdum signed with Strikeforce following the end of his first UFC stint, and after wins over Mike Kyle and Antonio “Bigfoot” Silva reestablished him in the heavyweight pecking order, he was matched up with PRIDE legend Fedor Emelianenko, who was undefeated for nearly 10 years heading into their bout. But in just 69 seconds, Werdum submitted the Russian icon. It was a stunning upset felt throughout the MMA world, and it will always be one that the Brazilian holds near and dear to him.

“I submitted Fedor, a legend of MMA,” he said. “He was number one for a long time, and Fedor, for me, was the best, so that victory against him was unforgettable.” 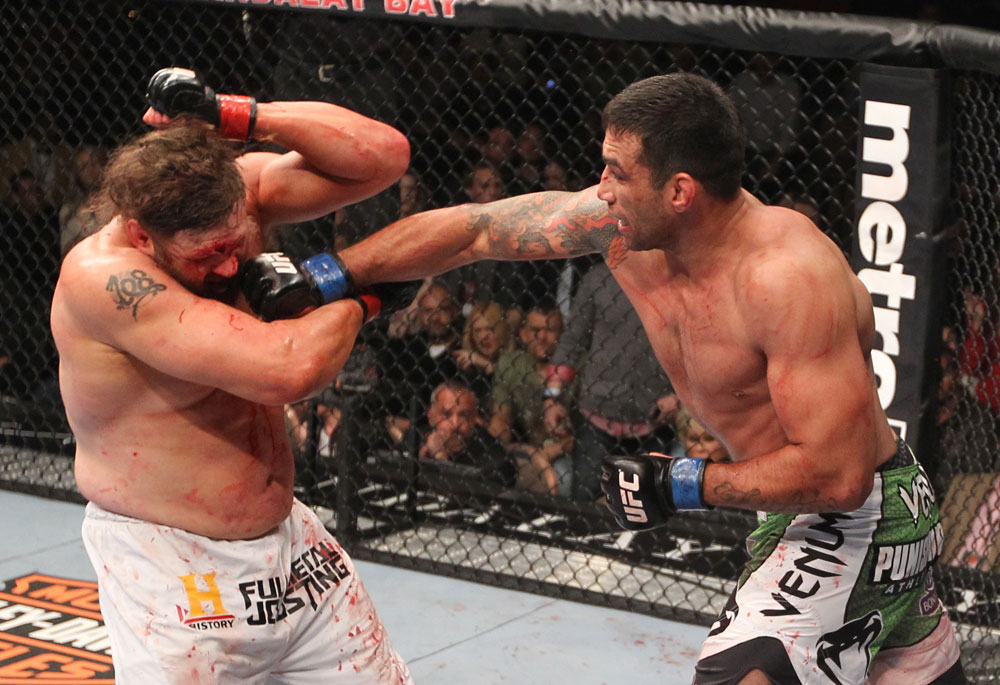 UFC 143 – Roy Nelson (Watch on UFC FIGHT PASS)
February 4, 2012
Result: Werdum W3
Werdum would lose his first post-Fedor bout to Alistair Overeem via decision in June of 2011, but in the bout, “Vai Cavalo” began showing off new dimensions to his MMA game, as his striking began to catch up to his world-class ground game. This was never more evident than in his return to the UFC, as he put on a three-round striking clinic against renowned slugger Roy Nelson, picking up a unanimous decision win and Fight of the Night honors. Werdum was back.

UFC on FUEL TV – Minotauro Nogueira (Watch on UFC FIGHT PASS)
June 8, 2013
Result: Werdum Wsub2
A first round TKO over Mike Russow at UFC 147 continued to push Werdum up the heavyweight ladder, and a stint as a coach on The Ultimate Fighter Brazil kept him crossing over into realms he had never seen before in his career. But it was the fight against his coaching rival, Antonio Rodrigo “Minotauro” Nogueira, that made the most noise, not just because he submitted a former UFC and PRIDE champion, but because in the process he avenged a 2006 defeat to his countryman.

“It was very important to my career, and one of the most important wins,” Werdum said. “He was one of my idols and it was a pleasure fighting him again even though it didn't feel like a rematch.”

UFC on FOX – Travis Browne (Watch on UFC FIGHT PASS)
April 19, 2014
Result: Werdum W5
After all the ups, downs, and sideways of his career, Fabricio Werdum’s shot at the UFC heavyweight title would come down to this – a fight against Hawaiian knockout artist Travis Browne. For some, the pressure would be overwhelming, but for the ever-smiling Werdum, “pressure” is a word that just isn’t in his vocabulary.

“For me, there is no pressure,” he said. “The pressure is when you’re not trained and not ready to fight. There have been times when I’ve fought and I wasn’t well-prepared and that’s when I was most scared. But now since I’m in such good shape and so well-trained, I have no pressure on me at all.”

That should let you know how the Browne fight went, as a sharp and relaxed Werdum made it look easy in winning a five-round unanimous decision over his dangerous foe, cementing his spot as the number one contender. 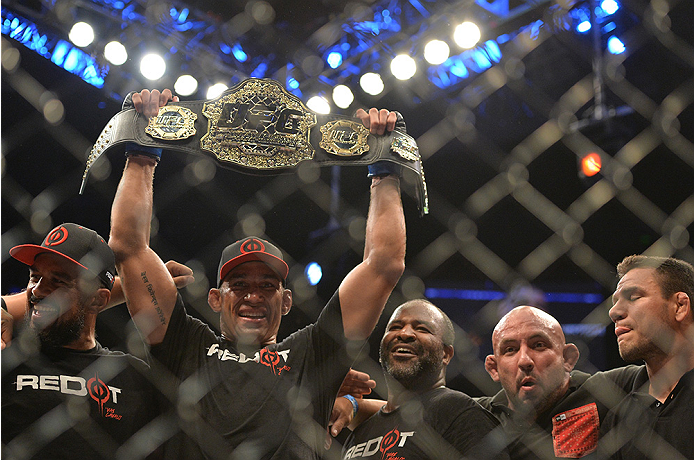 UFC 188 – Cain Velasquez (Watch on UFC FIGHT PASS)
June 13, 2015
Result: Werdum Wsub3
The win over Browne earned Werdum a shot at the UFC heavyweight title, but there would be one more wrench thrown into the works when champion Cain Velasquez was forced to withdraw from their UFC 180 bout due to injury. In stepped renowned power hitter Mark Hunt in November of 2014, but Werdum stopped him in two rounds to take the interim belt. The Velasquez bout was rescheduled for UFC 188 in 2015, and Werdum became only the second fighter to beat the big man from California, submitting him in the third round.

Werdum would lose the belt in his first defense against Stipe Miocic, and despite splitting a pair of bouts with Browne and Overeem since then, a win over Lewis will keep him in the race for a rematch with Miocic. Yet, as noted above, he already has an excellent case for calling himself the greatest heavyweight of all-time. But those aren’t words likely to come out of his mouth.

“I believe that if you beat the best you are the best,” Werdum said when asked about this topic. “They are all great fighters and champions but my hand was raised when we fought.”

His coach, Rafael Cordeiro, is a little (okay, a lot) more direct, with all due respect to the men his fighter beat, of course.