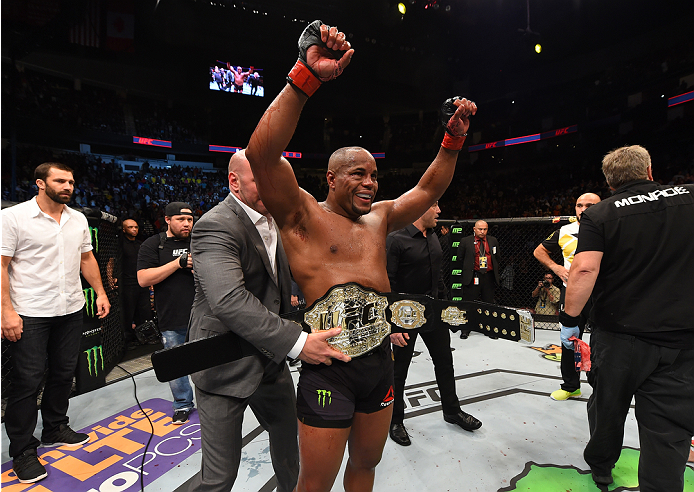 On Saturday, April 23, Daniel Cormier will defend his UFC light heavyweight title for the second time against the last man to beat him, former champion Jon Jones. The highly anticipated UFC 197 main event has both fighters champing at the bit to throw hands with each other, but before DC and Bones step into the Octagon, we’ll take a look at six of Cormier’s defining moments.

A two-time member of the United States Olympic wrestling team, Cormier made the transition to mixed martial arts when he hung up his singlet, and he quickly ran off eight wins in the heavyweight division to start his career. But was it too much too soon for Cormier to face veteran Brazilian contender Antonio “Bigfoot” Silva in his ninth pro bout? It wasn’t, as Cormier blitzed Bigfoot and knocked him out in less than four minutes. DC was for real, and now the world knew it.

If Bigfoot was a step up for Cormier, former UFC heavyweight champion Josh Barnett was a giant leap eight months later, but against, the former Olympian rose to the occasion. It wasn’t the spectacular finish he had against Silva, but it was a dominant victory, as he nearly shut Barnett out en route to a five-round unanimous decision and the Strikeforce Heavyweight Grand Prix title. 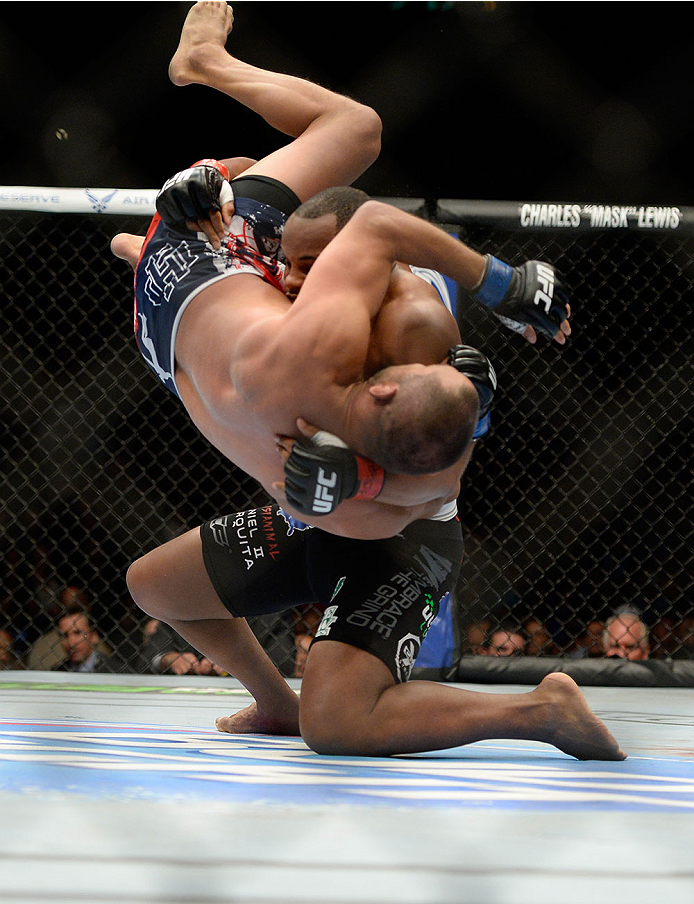 After closing out his Strikeforce career with a second-round TKO of Dion Staring, Cormier made the transition to the UFC and quickly racked up wins over Frank Mir and Roy Nelson. Following the Nelson bout, Cormier moved to the light heavyweight division and finished late replacement Pat Cummins in 79 seconds. His first true test at 205 pounds would be longtime contender Dan Henderson, but Cormier had little difficulty with “Hendo,” tossing the former two-division PRIDE champion around before submitting him in the third round.

Now 15-0 following his win over Henderson, Cormier got the chance of a lifetime when Alexander Gustafsson was forced out of his rematch against Jon Jones, opening the door for DC to challenge for the light heavyweight crown. That bout was postponed due to a Jones injury, but it was rescheduled for UFC 182 in January of 2015, and after press conference brawls, trash talking and plenty of bad blood, Jones outlasted Cormier and retained his title via unanimous decision. This rivalry was far from over though.

Scheduled to face Anthony “Rumble” Johnson after defeating Cormier, Jones was instead stripped of his belt due to out of the ring legal issues, and it was DC who stepped in to face Johnson for the now vacant 205-pound title. Dropped by a right hand early, Cormier shook it off and roared back, submitting Rumble in the third round. Daniel Cormier was a world champion.

The old fight game adage is that it’s easier to win a title than defend it, and Cormier found that out the hard way against Sweden’s Gustafsson. And while Cormier and Gustafsson were forced to go to those dark places over 25 minutes of pitched battle, the fans were the true winners, as they watched one of the best 205-pound title fights of all-time, a bout won by Cormier by way of a razor-thin split decision.