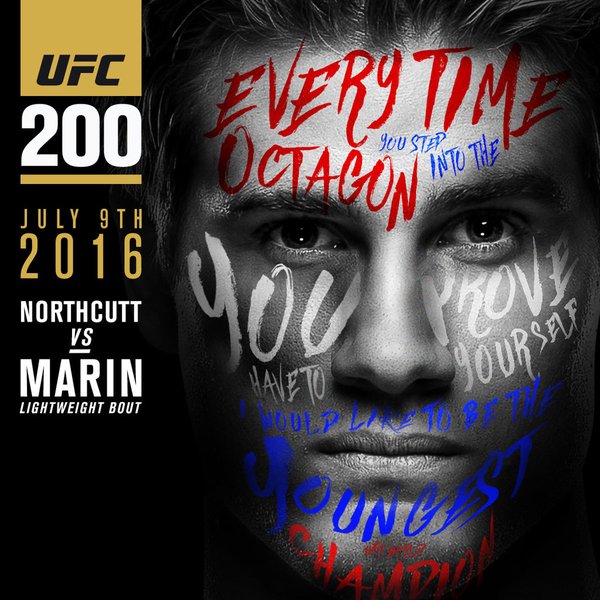 Looking to get back to his winning ways after the first loss of his career in January, "Super" Sage Northcutt will make his Octagon return on the UFC 200 card on July 9 in Las Vegas against Spain's Enrique "Wasabi" Marin.

The bout was announced Thursday morning on GQ.com.

A 20-year-old lightweight phenom out of Texas, Northcutt soared to a 7-0 record that included UFC finishes of Cody Pfister and Francisco Trevino before an upset loss to Bryan Barberena in January. Now eager to put that defeat behind him, Northcutt will be tested by Seville native Marin, who was most recently a finalist on season two of The Ultimate Fighter Latin America.

Stay tuned to UFC.com for more fight announcements and ticket on sale dates.