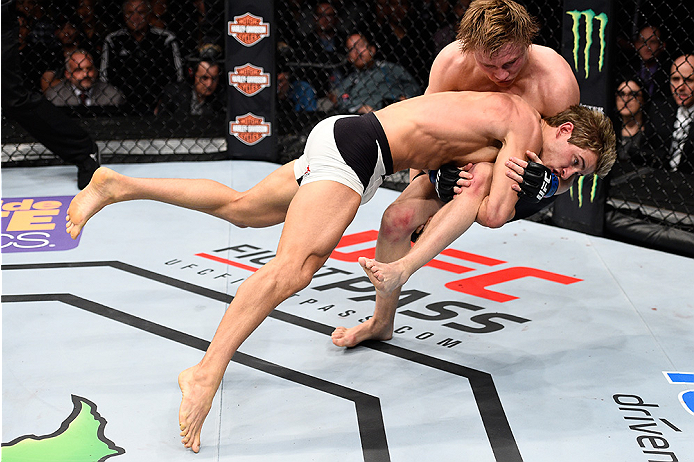 Lightweight phenom “Super” Sage Northcutt returns to the Octagon for his third fight in four months on Saturday, Jan. 30, when he faces off with fellow unbeaten Andrew Holbrook at Prudential Center in Newark, New Jersey.
The FOX-televised bout is featured on the card headlined by the light heavyweight matchup between Anthony “Rumble” Johnson and Ryan Bader. Tickets are on sale now.
The breakout star of 2015, the 19-year-old Northcutt has finished both of his UFC bouts, stopping Francisco Trevino and submitting Cody Pfister. Indianapolis southpaw Holbrook is unbeaten in 11 pro bouts, most recently defeating Ramsey Nijem in his UFC debut in July.