Super Mario - One Step at a Time

"I think a lot of Brazilian MMA fans know who I am now, but I hope to acquire more exposure there. At UFC Rio would be terrific." - Mario Miranda 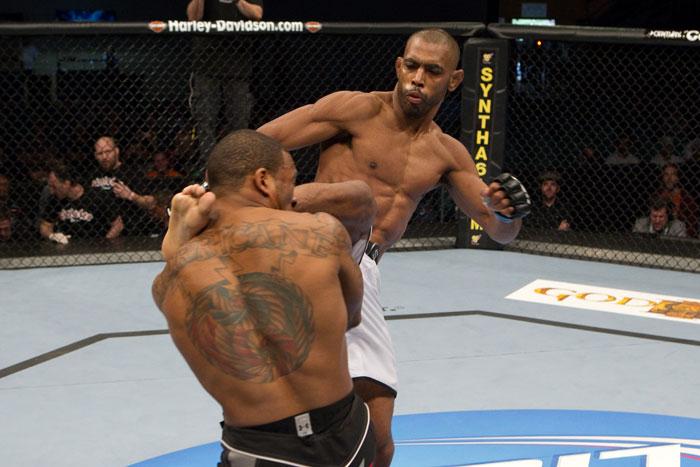 The first time the name Mario Miranda popped up back in 2010 for his UFC Fight Night match against Gerald Harris, a blitz from the media took place in order to dig up enough information about him. The power of Google helped a lot, mainly with his record, previous titles and the academy which the “previously unknown Brazilian” was training in. But it was not an easy task to go in-depth into Miranda's story without a face-to-face conversation.

Miranda made the move from Brazil to the USA without thinking about a bright MMA future. He had a gold medal in the South American wrestling championships 11 years ago, a feat which didn't make him famous in Brazil or bring any extra attention. So before his UFC debut, all the wrestler and Brazilian Jiu-Jitsu black belt dreamed about was getting some recognition in his motherland.

Yet now, leading up to his fourth UFC fight, against fellow wrestler Aaron 'A-Train' Simpson on this weekend's UFC Fight Night card, Miranda enjoys plenty of prestige in his country, even though he doesn't live there anymore. These days, it’s easy to find articles in the local and mainstream media newspapers talking about the native of Niteroi and his fights in the world’s premier MMA organization. It’s something he’s waited for, and now he’s having fun with it.

"Seeing it (the publicity) unfolding is funny; I think I'm famous where I live now (Washington), and in other places people look at me, and they recognize me, but don't know from where," he said. "I think a lot of Brazilian MMA fans know who I am now, but I hope to acquire more exposure there. At UFC Rio would be terrific."

So the wish is the same as before, but with a different view. He’s received such recognition even though he has fought twice on the undercard while compiling a far from stellar 1-2 in the UFC. And while he became a familiar face after destroying former middleweight title challenger David Loiseau in two rounds, Miranda also saw the doubters come out when he got beaten by decision at the hands of another former 185-pound title challenger, Demian Maia. Now it bears pointing out that Miranda faced Maia on short notice, replacing Alan Belcher, but there’s a price to pay to swim with the sharks, and what he paid was seeing the small holes of his game exposed.

"I don't want to take any credit away from Maia," he said. "But the short notice influenced my game plan, plus I didn't get a good conditioning program with two weeks of preparation. Maia has a different style of pulling guard and it's uncommon to adapt to in such a short time. Perhaps, if I had more weeks, I could be looser and follow the planned strategy."

On the other hand, fighting on short notice showed that he was on call when a last minute injury could harm the card. And in case of 'Super' Mario, the result was a renewal of his UFC contract after the unanimous decision defeat.

"I believe the UFC sees my potential, and I'll always come to fight. I accepted the short notice fight and I think it's important to be considered loyal to the company."

If Mario couldn't use his "Super Powers" in a short notice fight, we can expect, at least, a lot better fighter for his middleweight duel this weekend against Simpson. Knowing about the fight since the end of last year, Miranda could spend his time completely focusing on the upcoming match, as he worked on many aspects of MMA in order to avoid the assumption that this will be a wrestling match involving North and South America.

"I was able to take time off and then go back to training, so I started my preparation early," Super Mario said. "Wrestling was a part of my preparation, but not exactly the focus. I want to win the fight convincingly trading punches, grappling, or with ground and pound. I know he's an excellent wrestler with heavy hands, but I think I'm better technically, and conditioning could be the X factor for this contest."

Seen training with 185 kingpin Anderson 'The Spider' Silva before his last fight, Miranda couldn't repeat the sparring with his fellow Brazilian, but not because Silva didn't bring much luck cornering the shredded 'Super' Mario, but due to the location of the training and the specialties of Simpson.

"Silva prepared himself for UFC 126 in Rio de Janeiro, and Simpson has a very different style of the majority of the guys who train in Black House in Los Angeles," said Miranda, who promises a stellar effort. "Both of us need this victory, my determination won’t fade, and we have everything here to make an excellent fight."