Sumudaerji Expects His Rise To Continue

Sumudaerji believes that he will deliver another incredible performance against Zarrukh Adashev at UFC Fight Night: Chiesa vs Magny
By E. Spencer Kyte, on Twitter @SpencerKyte • Jan. 19, 2021

In the case of Sumudaerji, a timeless philosophical thought experiment applies.

“If a tree falls in a forest and no one is around to hear it, does it make a sound?”

If there were a mixed martial arts equivalent, it would be something along the lines of “If a breakout performance transpired on the prelims, does it really make an impact?”

The answer, in both cases, is yes — a felled tree crashing to the forest floor still emits a sound and a preliminary card breakthrough viewed by diehard fight fans can still be extremely impactful.

In late November, the Chinese prospect stepped into the Octagon for the third time, making his first appearance in the UFC flyweight ranks. Paired off with Malcolm Gordon in the second fight of the night, “The Tibetan Eagle” soared, displaying clean, technical striking as he stunned the Canadian veteran with a series of long left hands that eventually put Gordon on the canvas and brought the bout to a halt just 44 seconds after it began.

With one standout performance in an under the radar pairing, the young prospect, who turns 25 on Wednesday, has gone from relative unknown to rising star in the flyweight division, and a must-see attraction in his hometown.

“Now a lot of people from my hometown know the UFC,” Sumudaerji said through a translator ahead of his return to action this week against Zarrukh Adashev. “1.3 billion people are watching the fight; they are really supporting me.”

After beginning his UFC tenure with a pair of appearances in the bantamweight division, Sumudaerji opted to shift back down to the 125-pound ranks.

It’s not that he couldn’t hang at bantamweight, as he scored a dominant decision win over Andre Soukhamthath in his sophomore appearance in the Octagon, showing signs of the skill and potential that earned him a place on the UFC roster in the first place; it’s that right now, flyweight feels like the more natural fit, though he’s not ruling out a move back up the ladder somewhere down the line. 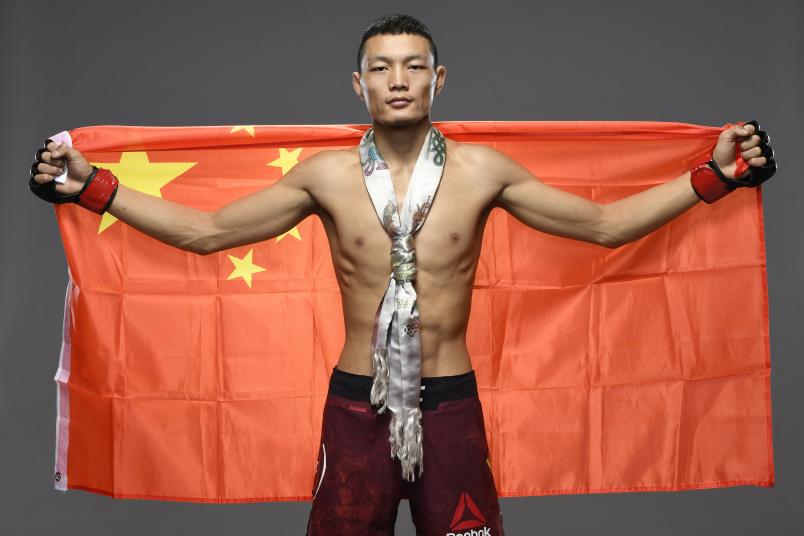 Su Mudaerji of Tibet poses for a post fight portrait backstage during the UFC Fight Night at UFC APEX on November 28, 2020 in Las Vegas, Nevada. (Photo by Mike Roach/Zuffa LLC)

“Before I signed with the UFC, I was fighting at flyweight, so it was a natural move,” he said when asked about the decision to relocate for his lone appearance of 2020. “Maybe one day I’ll go back to 135.”

A pro since 2016, Sumudaerji is part of a growing wave of talented competitors from China now plying their trade inside the famed Octagon and someone who has benefitted greatly from the opening of the UFC Performance Institute in Shanghai in the spring of 2019.

“I was born to fight, so I wanted to have as many fights as soon as possible,” said Sumudaerji, who had amassed 14 appearances prior to making his UFC debut in November 2018 as a 22-year-old and hopes to see others follow a similar path to the Octagon.

RELATED: Sumudaerji Is On The Rise | View Sumudaerji's Athlete Profile

“I’m not the first, but I hope the UFC will soon sign more young Chinese fighters from the UFC PI Shanghai.”

If he continues to perform the way he did late last year against Gordon, the promotion might need to take a deeper look into his request.

Though it’s difficult to glean too much information from a bout that lasts less than a minute, there were obvious pieces of his performance in November that stood out. 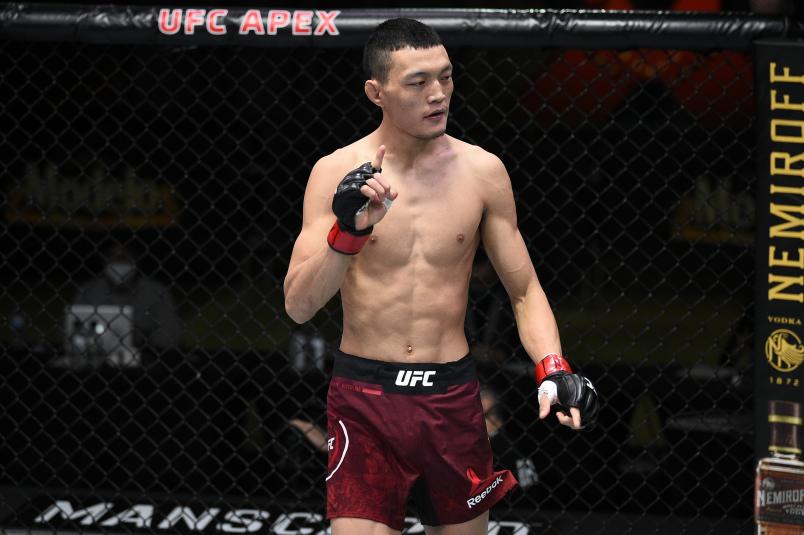 Su Mudaerji of Tibet reacts after defeating Malcolm Gordon in their flyweight bout during the UFC Fight Night at UFC APEX on November 28, 2020 in Las Vegas, Nevada. (Photo by Chris Unger/Zuffa LLC)

He made weight without issue, looked fresh and focused stepping into the cage, and despite only being an inch taller than his opponent, appeared to have a solid size advantage over the Canadian. More importantly, he showed a keen understanding of his range, using kicks early to keep Gordon at distance, and accurate, explosive hands, as the first clean left he landed had a clear impact and it wasn’t long after that two more lasers from the southpaw stance brought the fight to a close.

Perhaps most impressive, though, is that the author of that breathtaking effort wasn’t completely satisfied with his exploits.

“That was a short-notice fight, so I could not perform the way I wanted,” said Sumudaerji, who carries a 13-4 record and a two-fight winning streak into Wednesday’s encounter with Adashev.

After having extended breaks between each of his first three UFC appearances, this week’s bout is an expedited return to action, one the promising flyweight hopes will result in a similar performance and a place in the rankings early next week.

“I would say the same way from the last fight,” he said when asked to forecast how things will play out with Adashev, who landed on the wrong side of a quick finish in his promotional debut last summer in Las Vegas. “After this fight in Abu Dhabi, I want to be in the rankings.

“I’m coming for the title,” he added, explaining that his goal for 2021 is to finish the year stationed inside the Top 5 at flyweight, which would certainly put him in range of challenging for championship gold. 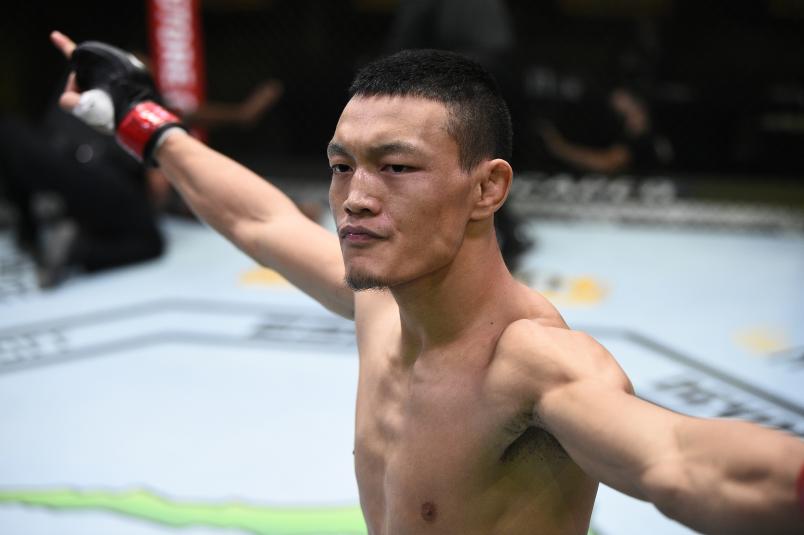 SuMudaerji of Tibet reacts after defeating Malcolm Gordon in their flyweight bout during the UFC Fight Night at UFC APEX on November 28, 2020 in Las Vegas, Nevada. (Photo by Chris Unger/Zuffa LLC)

With such lofty aspirations, it’s not surprising that provided everything goes as planned on Wednesday and he emerges unscathed, the emerging flyweight prospect would like to make another expedient return to action, one that includes a step up in competition.

“ASAP!” he said without pause when asked how soon he’d like to fight again, adding he’d like to face “someone from the Top 10 or Top 5.”

Whether you heard the tree fall in the woods or witnessed Sumudaerji’s blistering effort at the end of November, the new reality is that there is fresh timber on the ground in the forest and a new prospect to pay close attention to in the 125-pound weight class.

And if everything goes as hoped on Fight Island, Adashev will be felled, another victory will be achieved, and there will be plenty more people making noise about the talented “Tibetan Eagle” going forward.