Sumo in MMA? An Interesting Concept

"It's a whole other martial art, a whole other avenue where if you really want to take up the art, you actually have to study." - Roy Nelson 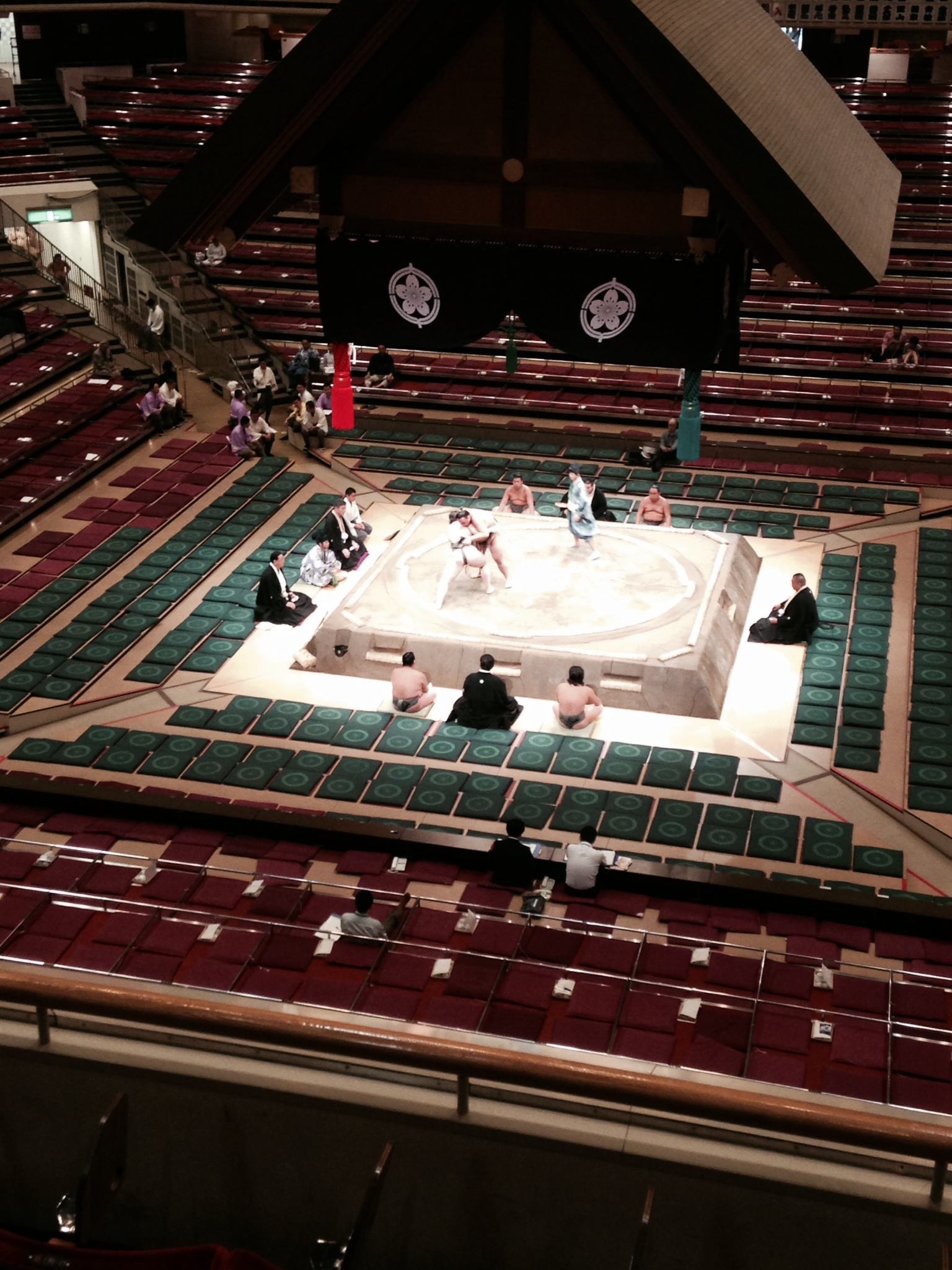 TOKYO, September 19 – When former UFC light heavyweight champion and current middleweight contender Lyoto Machida told of his background training in sumo wrestling, it raised a lot of eyebrows, mainly because marrying the idea of this lean and fit mixed martial artist with the big boys who compete in the dohyo just didn’t register.

One visit to the Kokugikan Arena in Ryogoku will do wonders for having it all make sense. Watching the early rounds of the September Grand Sumo Tournament, it’s not just two 300-pounders in Mawashis running into each other. Yes, there are 300-pounders and they do run into each other in some way, shape or form. But the more matches you watch, you will see the different styles and strategies used when the wrestlers are called to battle.

UFC heavyweight contender Roy Nelson, in Japan to headline Saturday’s UFC Fight Night event at Saitama Super Arena, wasn’t at the Kokugikan for the tournament, but he got an up close and personal view of the sport in June when he trained with sumo wrestlers during a media stop to promote his fight against Mark Hunt.

“I thought when I first went I was just gonna shake some hands, and then I got thrown into actually working out,” Nelson said. “And it was a whole other experience.”

As he dressed in traditional sumo gear and got a taste of one of the world’s oldest sports, Nelson immediately noticed what everyone who takes the time to watch sumo for any length of time realizes: these folks are athletes.

“I've always looked at every martial art as if you can always take something out of it, and it (sumo) is a martial art,” he said. “One thing is that they're very explosive and they direct power. They know how to move their bodies really well; they just don't have the cardio. After 30 seconds, their energy's zapped. It's like a football lineman - it's boom, explosive, but they only have to last for 30 seconds and then they go 'whew, break. Next down, do it again,' and then they do it all over again.”

The sumo matches are fast and intense, with those sitting in what would be considered ringside seats warned that they are in the line of fire should one – or both – of the combatants go flying from the dohyo. So as Nelson pointed out, 15 or 25-minute MMA matches probably wouldn’t go well for them. But in those 30-second or less bursts, Nelson saw plenty of things he believes would apply well to what he does in the Octagon.

“Stuff like getting off the cage, to pushing your opponent and moving him off-balance if they're driving forward,” he explains. “And they still do judo sweeps and different takedowns, so some things definitely can be applied.”

It’s worked for Machida, and UFC welterweight Takenori Sato was a regional sumo champion, so he includes it as part of his MMA attack as well. And though it might be tempting for Nelson to throw in a move or two in the course of his fight with Hunt, he says that sumo is like anything; it’s not something you will learn in the course of a workout or a week.

“It was interesting just off the pure fact that it's a workout, but it's a whole other martial art, a whole other avenue where if you really want to take up the art, you actually have to study,” he said. “It's like doing your first jiu-jitsu class. You're like 'I don't even know what's going on.'”

But when you get it, it’s another weapon in a sport where you can use all you can get. And maybe sumo is an aspect of MMA that shouldn’t be overlooked any longer.