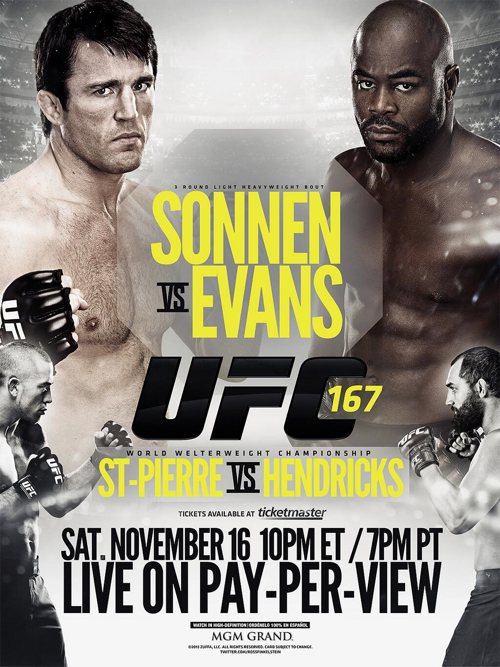 The bout has been teased in recent weeks by Evans and Sonnen, friends who both do UFC commentary for FOX Sports 1, on social media -- as seen in the fake poster (at left) that Sonnen tweeted.

That event, which marks the UFC's 20th anniversary, is headlined by the welterweight title fight between Georges St-Pierre and heavy-handed Johny Hendricks.

Tickets for the fight night at MGM Grand Garden Arena are on sale now at Ticketmaster.