The Suga Show Is Set To Compete At Quintet Ultra

Sean O'Malley will participate in the grappling showcase on December 12 only on Fight Pass
By Walker Van Wey • Nov. 11, 2019

The grappling scene just got a little bit sweeter.

Before “Sugar” Sean O’Malley was in the Octagon lighting up opponents with his “where is this coming from?” striking power, he was an amateur fighter in Montana with more submissions than knockouts.

Yet something about going pro flipped a switch, and in ten professional fights, only one has ended in a tap out.

Since his debut in 2013, O’Malley scored one of the flashiest knockouts in the history of North Dakota MMA, in his opinion the best knockout in LFA history and statistically the most popular knockout in DWCS history. Couple that with his swagger and you’ve got an undefeated fighter with a knack for turning heads.

While no press is bad press, O’Malley feels criticism and trash talk from fighters in the division have placed him in a box.

“I think a lot of people in the division are underestimating me,” O’Malley said in a recent interview with UFC.com. “I feel like they think I’m the hype train, but my whole life is dedicated to training, recovering and doing it all again the next day.”

Training out of The MMA Lab in Arizona, O’Malley has a star-studded group of mixed martial artists around him who are no stranger to the ground game. And after being on the sidelines since March 2018 due to a USADA and then a NSAC suspension, O’Malley plans to show the world the improved reboot of “The Sugar Show.”

“Within this last year and a half or so I’ve done a lot of gi training which I feel like has translated extremely well to no gi and MMA,” O’Malley said. “I was going to do No Gi Worlds actually, which is the same day, but then I got offered QUINTET and I would, for sure, rather do this.”

Comparable to rattlesnake venom, a tiny dose of QUINTET was all it took to do O’Malley in.

After watching a brief amount of QUINTET 3, O’Malley loved the concept and when he saw the lineup, he was in. The immortality of a No Gi Worlds win couldn’t compete with the allure of representing Team UFC at QUINTET Ultra. 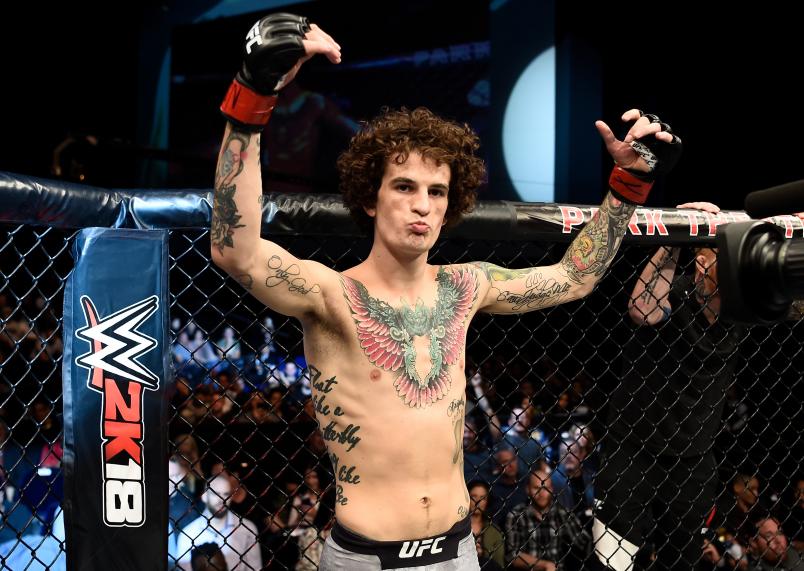 “A lot of the high-level grappling matches with straight jiu-jitsu guys, you see a lot of 50/50s and a lot of stalling in positions,” O’Malley said. “All these guys are fighters or former fighters; these guys aren’t into that. The list of people I saw in this looked like a ton of killers.”

With black belt after black belt in the lineup, O’Malley knows he comes in as an underdog, and while he’s eager to enjoy his time in his first grappling event, there’s a certain pressure coming in, a pressure that helps his agenda of proving he’s one of the baddest all-around fighters in the world.

Lack of experience, “only” a BJJ purple belt and a reputation for striking are all factors working against O’Malley, but would the young man who won Fight of the Night at UFC 222 let any perceived disadvantage ruin his experience?

“With the people I’ve seen, the only guy that’s similar size to me is Chad Mendes. I don’t see anybody even close to my size,” O’Malley said. “I feel like I’m going to be a huge underdog since all of these guys are high-level black belts, but I think there’s still a fun aspect to it where since it’s jiu-jitsu you can’t really put yourself in that much of a dangerous position but anything can happen.” 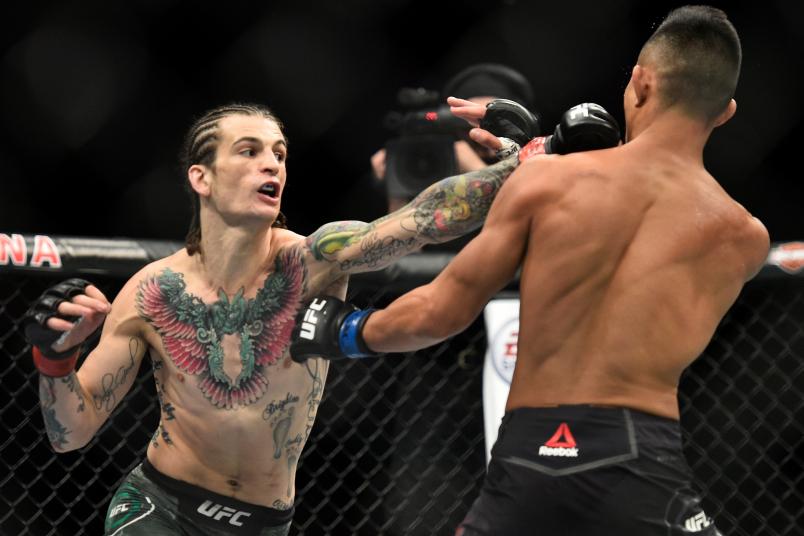 O’Malley doesn’t guarantee a clean sweep of any team in front of him, isn’t making boasts of an advantage or a plan he has in store. But the one thing he is guaranteeing is the same wow factor he brings to the Octagon.

Win, lose or draw, O’Malley is giving a screening of “The Sugar Show” to the grappling world and it’s just as flashy and just as technical as his striking game.

“I guess I haven’t come up with much of a game plan, but I’ve got to go in there and attack,” O’Malley said. “If I can be on top, that’s good but we’ll see. I’ll have to think of a game plan once it gets closer, but I’d definitely rather lose than not have the matches be fun and exciting.”

Catch O’Malley as he represents Team UFC at QUINTET Ultra, Thursday, December 12 at 7 p.m., ONLY on UFC FIGHT PASS!