Take a look at the best of the best when it comes to the submission-game
By Thomas Gerbasi • Jan. 24, 2019

From the time Royce Gracie forced Art Jimmerson to surrender in the first UFC tournament in 1993, fight fans have been fascinated by the art of the tap out. How can someone seemingly losing a fight turn it around in a matter of seconds, or take a deadly striker and render an opponent helpless in the same amount of time? It may be the most beautiful part of mixed martial arts, and over the 25-plus years that the UFC has been in existence, five fighters have mastered this aspect of the sport better than anyone else.

Here are the UFC’s Submission Kings… 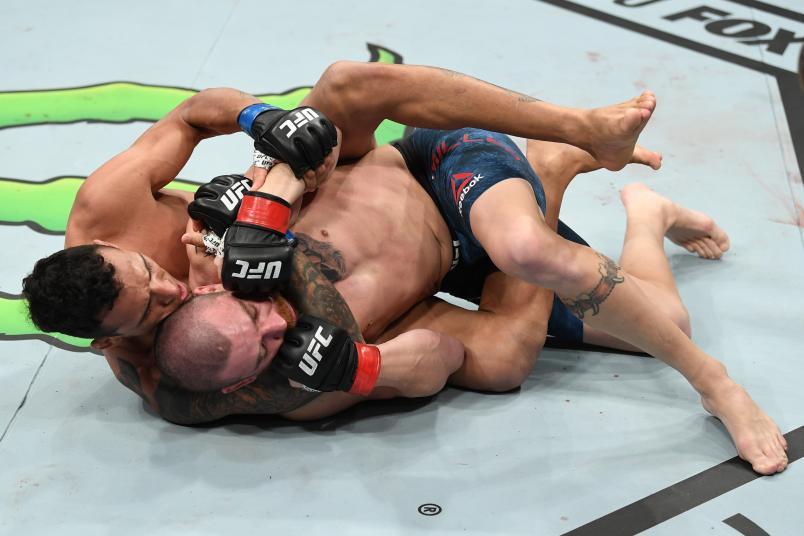 Charles Oliveira
vs Miller II
vs Giagos
vs Hioki

Last year was a big one for Charles Oliveira. Not only did his return to lightweight really kick into gear with three wins and three Performance of the Night bonuses, but in September he passed countryman and UFC Hall of Famer Royce Gracie, submitting Christos Giagos for his 11th submission win in the Octagon, the most ever. “Do Bronx” added to that total in December with a finish of Jim Miller, and as he approaches a showdown with David Teymur in Fortaleza next week, the talk is of his thrilling submission prowess and future, not his previous battles with the scale.

Royce Gracie
vs Shamrock I
vs Kimo
vs Severn

The legend. When Royce Gracie won the UFC 1 tournament in 1993, he did it with a then-mysterious (at least to fight fans in the States) style called Jiu-Jitsu. Today, jiu-jitsu is a prerequisite for any fighter to have success in MMA, but back then, Gracie was the one introducing the style to the world. Along the way, he won three UFC tournaments, submitting opponents left and right on the way to the UFC Hall of Fame. When you mention jiu-jitsu and MMA, Royce Gracie should be the first name on your list. 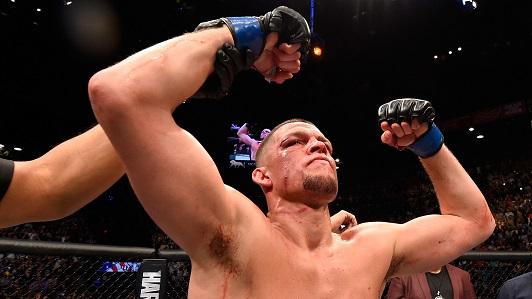 LAS VEGAS, NV - MARCH 05: Nate Diaz reacts to his victory over Conor McGregor of Ireland in their welterweight bout during the UFC 196 event inside MGM Grand Garden Arena on March 5, 2016 in Las Vegas, Nevada. (Photo by Josh Hedges/Zuffa LLC/Zuffa LLC via Getty Images)

LAS VEGAS, NV - MARCH 05: Nate Diaz reacts to his victory over Conor McGregor of Ireland in their welterweight bout during the UFC 196 event inside MGM Grand Garden Arena on March 5, 2016 in Las Vegas, Nevada. (Photo by Josh Hedges/Zuffa LLC/Zuffa LLC via

Nate Diaz
vs McGregor I
vs Davis
vs Pellegrino

Nate Diaz’s striking and his two wars with Conor McGregor have made him a mainstream star, but the Stockton standout made his bones in MMA as a Gracie Jiu-Jitsu black belt, and he’s got the nine Octagon wins by submission to prove it. So while Diaz may prefer the standup game these days, when the fight goes to the mat, watch out, as he’s finished the likes of McGregor, Miller, Takanori Gomi, Marcus Davis, Melvin Guillard and Kurt Pellegrino with his ground game. 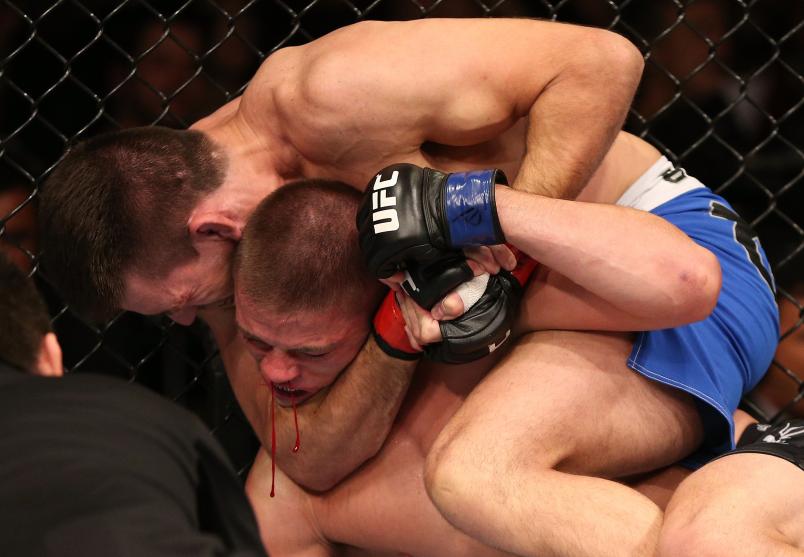 Demian Maia
vs Story
vs Condit
vs Sonnen
Also making the walk to the Octagon next week in Fortaleza is perhaps the purest grappler competing in the UFC today, Sao Paulo’s Demian Maia. Still dangerous at 41, Maia has fought and beaten the best in two weight classes over the course of his UFC career, and the prospect of going to the mat with Maia remains a frightening prospect for anyone. Whether Matt Brown, Rick Story, Neil Magny and Carlos Condit at 170 or Chael Sonnen, Nate Quarry and Ed Herman at 185, Maia has plenty of highlights for his submission reel.

Frank Mir
vs Nogueira II
vs Lesnar I
vs Sylvia
I’ve always been fond of saying that Frank Mir approached submissions like Mike Tyson approached knockouts. The former heavyweight champ was looking to make statements when he locked up a limb or a neck, and he made plenty of them in the Octagon, from his title-winning effort against Tim Sylvia and his finish of Brock Lesnar to his upset submission of the great “Minotauro” Nogueira, if Mir got a hold of you, it could mean a painful end to your evening.