Struve fights at home for first time in UFC 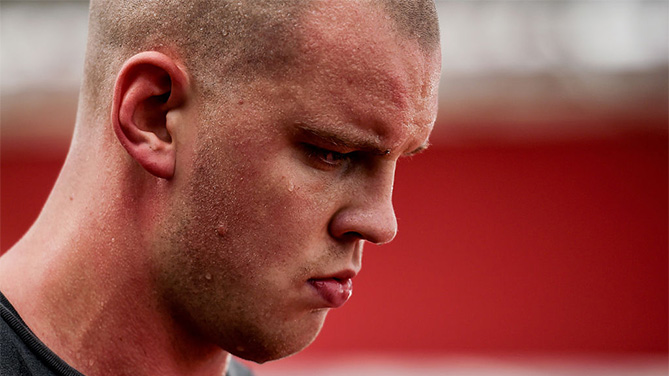 When Stefan Struve burst on to the scene seven years ago, the almost seven-foot striker seemed to be just what the doctor had ordered for the heavyweight division: A young, exciting prospect with an enormous reach who people thought could make it all the way to the top.

It didn’t happen. The “Skyscraper” would go on to beat opponent after opponent – finishing almost all of them and closing in on contender status along the way – but would subsequently hit a road block every time he was on the brink of bigger things.

“I was very young when I came to the UFC,” said Struve, who co-headlines UFC Fight Night: Overeem vs. Arlovski on May 8. He remembers a tumultuous first few years in the organization that saw him share the cage with Junior Dos Santos, Roy Nelson and Travis Browne, among others.

“(I was) probably a little too young to be a contender in that division and there’s no shame in losing to those guys. Looking back, at that point I thought I could beat up everybody in the world but that’s just not going to happen when you’re 21, 22 years old.”

Struve slowly started to grow, though. By 2012, he had compiled an impressive 9-3 UFC record, topping off a yearlong winning streak with a knockout over current title challenger Stipe Miocic.

Then, life got in the way.

First, Struve went into a fight with Mark Hunt while being sick, a decision that left him on the wrong end of one of the most spectacular knockouts of 2013 and with a broken jaw on top of it. Soon after, the passing of his father dragged him down further before a heart condition had doctors tell him that the moment when Hunt crushed his face would be the last memory of a career that should have been just about to really get started.

Struve would eventually make it back into the cage on his second try after a medication-induced blackout in the locker room scrapped a bout against Matt Mitrione in July of 2014, only for him to lose to countryman Alistair Overeem via first-round knockout five months later.

Since then, he’s 1-1 after a signature win over Brazilian legend “Minotauro” Nogueira and a lackluster decision loss to Jared Rosholt last November. Struve knows that he’s at a career low right now, but if you think that he’ll let that discourage him, think again.

“Look at (UFC Rotterdam’s) headliners, (Andrei) Arlovski and Overeem”, he says. “They’ve had their bad moments, their ups and downs. Everybody goes through that. It’s no big deal, you just have to come out of that. And I will come out of that. Simple as that.”

He’ll get his chance this weekend against Antonio “Bigfoot” Silva in Rotterdam. Struve knows that Silva is a “big, strong, dangerous guy” who has the power to end anyone’s night in an instant, yet he’s sure that it will be him getting his hand raised at the Ahoy Rotterdam.

“You can’t let him do his thing but if I fight my fight, I see no way how he’s going to give me trouble.”

The climb back out of the valley started months ago for Struve, even before the thrill and the agony of his last two fights. Early last year, Struve traded the flat, windy shores of the Netherlands for the wild and toasty beaches of South Florida.

“One of the best decisions I’ve ever made in my career,” he says of his move to the Blackzilians in Boca Raton. “The coaches make me better every single day.”

Florida has reignited the fire after life’s lows had Struve wondering if he had pushed himself in the wrong direction all along.

“A lot of people would’ve given up, especially when they were told that there was something wrong with their heart," he said. "I think nine out of 10 people would’ve retired, but I didn’t. I think that says a lot about me.”

It does, and now that he finally finds himself “in a good place”, both mentally and physically, Struve is convinced that he’s ready to piece the past glimpses of excellence together and make it the spectacular breakthrough people have been expecting from him since 2009. 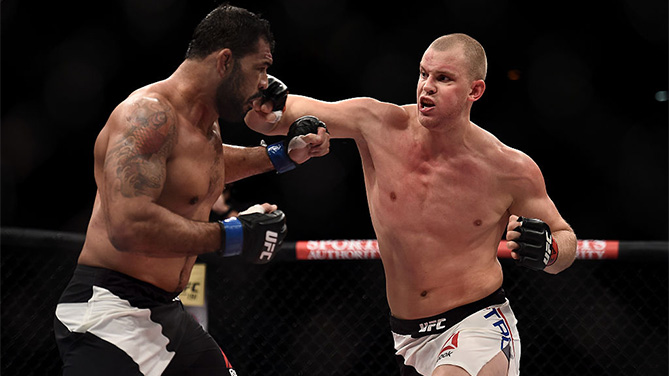 The Netherlands have been waiting for their first UFC show for years, but after all, maybe it’s a good thing that it took so long for it to happen – at least for one of the country’s fighting sons it is.

“Two or three years ago, with the health issues and all that, I don’t know (if I would’ve been ready). Now, I feel a hundred percent ready for this opportunity, to represent my country in a great way.”

For Struve, it will be more than just a fight, more than the last shot at the greatness that has eluded him so far. If stepping back into the Octagon after getting through everything that life threw at him was a victory in itself, doing so next to where he grew up will be the sweet reward for all the blood and sweat and the many tears he shed trying to keep his dreams alive.

“It’s a great thing to be fighting for the UFC itself, let alone when the UFC comes to your country for a big event and you’re one of the headliners. That’s an amazing thing. There are so many people that got their tickets just for me, it’s going to be so much fun to be fighting in front of them.”

It’s not just Struve who has gotten ready in time to make the UFC’s first foray into Holland an unforgettable night.

Finally, after all those years, the stars have aligned for Stefan Struve. He knows he can reach them.