Struve extra motivated ahead of Arlovski bout at UFC 222

It was an interesting exchange on Stefan Struve’s Twitter account a few weeks ago, with the 6-11 ½ “Skyscraper” discussing life in the NBA. And while it was a playful back and forth, with his size and athleticism, had he ever considered hitting the basketball court?

“Growing up in Holland, basketball’s not big at all,” Struve said. “If I was growing up here (in the United States), it would probably be more logical, but soccer is the thing in Holland, and I never really tried to play it or liked it. But if the NBA comes calling, I can sure learn a couple moves. Never say never.”

Struve laughs, knowing that there’s business to be taken care of in his day job first, beginning with Saturday’s UFC 222 matchup against former heavyweight champion Andrei Arlovski. It’s Struve’s first bout in Las Vegas since 2012 and first in the States since 2014, making the Netherlands native laugh because one of the reasons why he set up his camps in south Florida was to be closer to fights here.

UFC 222 is almost here! Order now for any device! 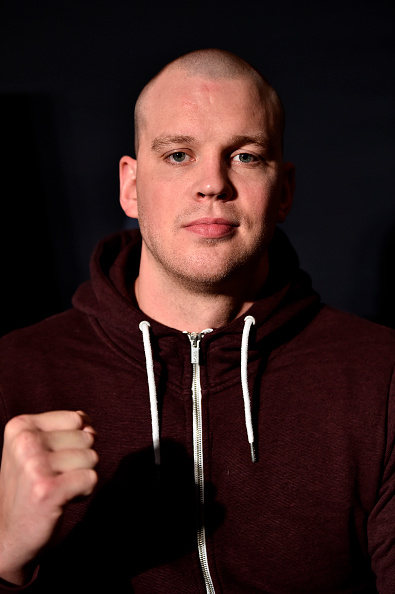 “It’s nice to be fighting here again,” he said. “I actually moved my training camps to the States to not always have to deal with jetlag and then the next five fights were in Europe, Australia, Brazil. (Laughs) So it’s good to fight in Vegas again. I haven’t fought in the T-Mobile Arena yet, so it will be fun.”

Since that December 2014 loss to Alistair Overeem, Struve has gone 3-2 with wins over “Minotauro” Nogueira, “Bigfoot” Silva and Daniel Omielanczuk, with defeats to Jared Rosholt and Alexander Volkov. And following the loss to Volkov last September snapped a two-fight winning streak, Struve needed a break.

“Losing that fight, especially in my home country, for a couple weeks I didn’t want anything to do with the sport,” he said. “But then I went back to the gym and I was so motivated. If a loss doesn’t motivate you more, then you should question whether you really want to do this.”

That attitude is why Struve still sits in the heavyweight top 10 and why he remains one of the most dangerous big men in the game. Simply put, when his back is against the wall, he fights back harder and always has. In fact, it reminds Struve of the man he’ll be fighting this weekend, Arlovski.

“He’s had a losing streak before and he fought his way back,” Struve said of his foe. “He was out of the UFC at that point and nobody thought much of him anymore and he fought his way back and almost into a title shot again. To me, it shows how mentally strong he is to be able to overcome the issues that come along with losing a fight and then do it again. If you just look at the results, it’s a five-fight losing streak that he had, but if you look at the fights, in a lot of them he was actually doing really well. This is heavyweight MMA. Anything can happen.”

When the 39-year-old Arlovski defeated Junior Albini last November to snap that five-fight losing streak, it gave the career of the Belarus native a positive jolt that landed him on Saturday’s main card. Now Struve wants to jolt his own career, and he’s preparing for a prime “Pit Bull” this weekend.

“I know I’m fighting a great fighter,” Struve said. “At one time he was winning enough and at the right times to win a world title and he still has the skillset that belongs to one of the best heavyweights in the world. He may have gotten a little older, but he’s still, in my opinion, one of the top heavyweights in the world, skillwise. It’s gonna be great to fight him and it’s gonna be nice to have a win over him on my record and it just makes it more exciting to fight a big name like that.”

This isn’t Struve building up his foe. He means every word of what he says, and one of the 30-year-old’s most admirable qualities is his honesty. Not just with the media or those around him, but with himself. That’s rare.

“Some days I go into the gym and I don’t have a good day and then I get my ass beat,” he said. “You can lie to yourself and tell yourself it wasn’t that bad, or you can ask why it didn’t go well and want to improve. That’s what I do every single time when I don’t have a good day, whether it’s in the gym or in the cage and I think that’s why when I’m facing a not so good day, I’ll always have a better day after that.”

Struve had his bad day against Volkov. Guess what’s coming next?