Hear how UFC welterweight Brian Melancon is preparing for his upcoming bout in Indy and what you can do to follow in his footwork. 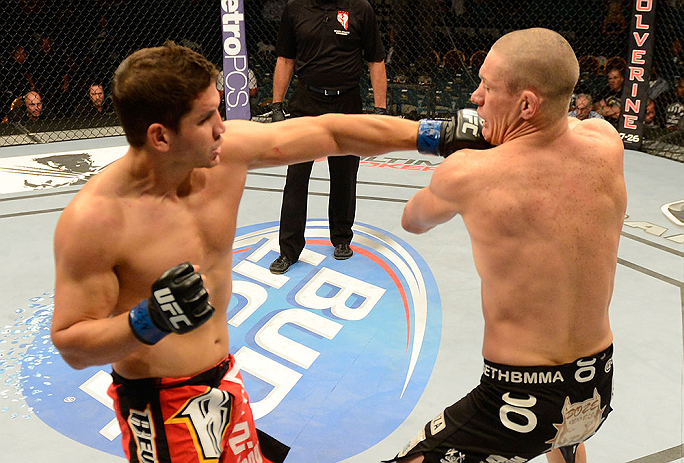 Welterweight Brian Melancon (7-2) opened eyes at UFC 162 with a first-round KO in his UFC debut against TUF alum Seth Baczynski. Next up for the 31-year-old Texan: undefeated TUF 17 winner Kelvin Gastelum on August 28 at UFC Fight Night: Condit vs. Kampmann 2.

In between workouts, Melancon spends his days tending to
patients as a physical therapist, a gig he says helps him remain in
sync with his body and training. “Being a physical therapist has helped me learn when to listen to my
body, when to push through, and when I’m just sore and need
rest,” he says. “If I do need to rest, I know how to
rehab the area as best as possible while getting the maximum out of the
rest of my body.”

Melancon's two-a-day training routines typically add up to three to four hours per day, split between an a.m. and p.m. session that incorporates pad work, wrestling, and strength and conditioning. 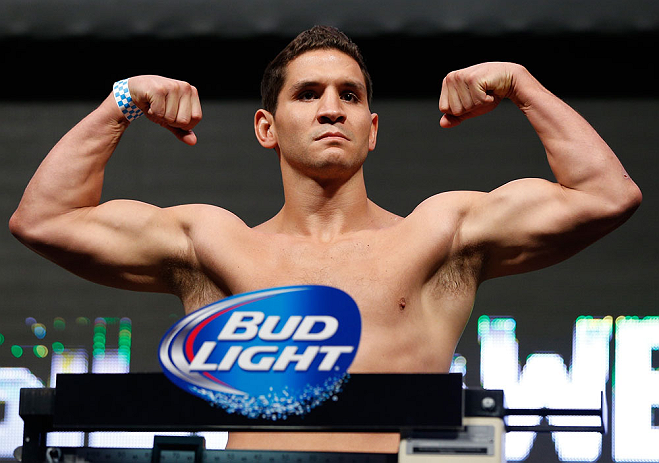 “I’ll work some wrestling-specific techniques and defensive skills, drill it, wrestle for a while, then do some pad work,” he says. “A couple days per week we’ll spar, working in some rounds and drills of position-specific sparring from the bottom, top, ground and pound, and against the cage. My strength and conditioning workouts are sort of CrossFit-style.”

With five knockouts on his resume, the well-rounded Melancon credits a scrutinized approach to his standup game with enabling him to score those finishes. Whether you're a beginner or a pro athlete, here are his tips for perfecting your striking arsenal.

#1. Know Your Body
“Use what works best for your body type and your set of skills. If you look at what I do it’s not perfectly technical according to, say, K-1 kickboxing standards. But it’s effective for me, and I’ve adapted certain things to make my shots count as I set up combos. So if you don’t have quick footwork and can’t dance around and get away from shots, that is not [a] good [strategy] to use. You can add that in [later], if you are able to make it fit for you.” 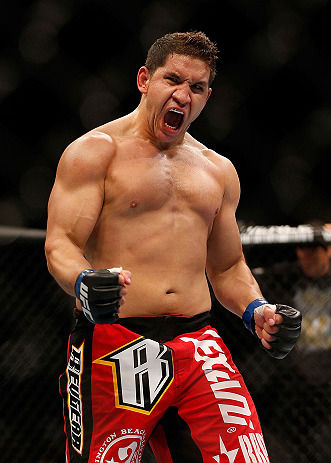 #3 Perfect Your Timing
“Knockouts come when you throw the right shot at the right time. So you need to know when to throw a shot, not just throw it whenever."

#4. Get Inspired
“I watched a ton of tape of other fighters with my body type and style. And I saw the combos they landed and I tried to put them into my sparring. Sometimes it doesn’t quite work for me, so we move on. My coaches and I constantly try to evolve and add to my striking.”

#5. Do Footwork Drills
“Being able to move and evade shots ties into setting up shots and making angles.”